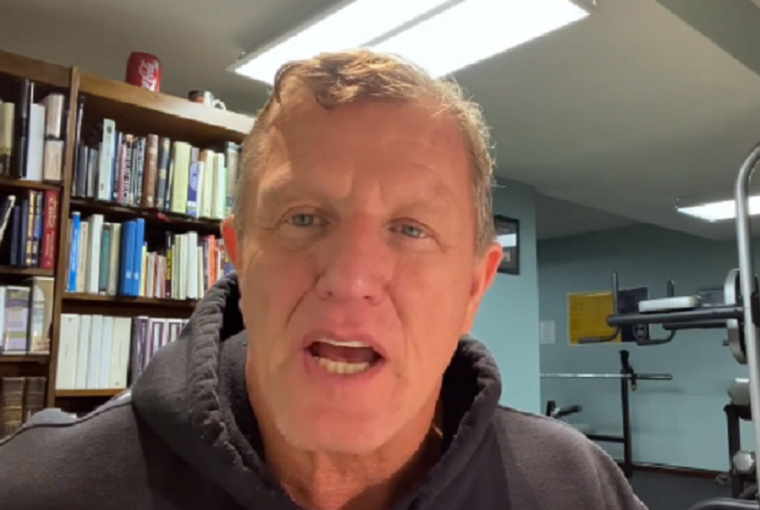 John Lowe II stepped down as pastor of New Life Christian Church and World Outreach in Warsaw, Indiana, on Sunday, May 22, 2022. | Screenshot/Instagram /ihavenewlife

A Warsaw, Indiana, pastor who drew a standing ovation from his congregation after telling them he was stepping down because he committed adultery with one person at least two decades ago drew their wrath minutes later after a woman tearfully alleged she was only 16 when the pastor took her virginity on his office floor while she sported a purity ring.

Pastor John Lowe II told his congregation at New Life Christian Church and World Outreach on Sunday that he needed to make the confession because it was the “biblical” thing to do, according to a Facebook Live broadcast shared by Maisey Cook.

“I committed adultery. It was nearly 20 years ago. It continued far too long. It involved one person, and there has been no other nor any other situations of unbecoming conduct for the last 20 years. I will not use the Bible to defend, deflect, protect my past sin. I have no defense. I committed adultery,” Lowe said without sharing any specifics.

Lowe, who has been in full-time ministry for more than 37 years, confessed that he had no good reason for waiting for as long as he did to tell the congregation. He painted himself as a hypocrite who applied discipline to others for sexual failure while hiding his own.

He asked the church for their forgiveness and announced that he would step aside and face discipline from the church.

“In accordance with our church bylaws, I’m stepping aside, stepping down from ministry responsibilities,” he said to applause as he departed from the pulpit.

Soon after he stepped down from the pulpit, a woman and her husband went to the pulpit to address the congregation. The woman said that what Lowe did was not just adultery but a crime because she was only 16 when he took her virginity in his office 27 years ago.

While the age of consent in Indiana is 16, a person who is at least the age of 18 in a position of supervision or trust that engages in any sexual activity with a child over the age of 16 but under the age of 18 commits child seduction, according to state law. It comes with a maximum penalty of 1.5 years in prison; and up to a $10,000 fine. Prosecution for this crime must begin before the victim reaches 31.

“For 27 years, I lived in a prison. It was not 20 years. I lived in a prison of lies and shame, lied to protect the Lowe family,” the woman said. “For years, I thought I was a horrible person having suicidal thoughts, not realizing what had been truly done to me.”

The woman said she was triggered to confront her abuser after her older brother asked her two weeks ago about the time he saw her in bed with their pastor.

“I was a victim, and I would still be in a prison if my brother … had not approached me just two weeks ago with what he had seen as a teenager that bothered him all these years — his pastor in bed with his younger sister, a t-shirt and underwear on,” she detailed.

“People knew but were too afraid to come forward. And they have now. The lies and the manipulation they have to stop,” she added. “I was just 16 when you took my virginity on your office floor. Do you remember that? I know you do, and I have plenty of other stories that I can bring to your remembrance. You did things to my teenage body that should have never been done.”

“I tried to tell someone. But all that was done was cover-up,” she added. “No one ever came to me. No one ever got me counseling.”

The woman also alleged that other young girls were abused by other leaders in the church, and they were “sent away.”

The woman’s husband told the congregation that Lowe started grooming his wife at 15 or 16 and continued having sex with her for nine years.

“I will not let this man talk about my wife like that. It happened for nine years. When she was 15, 16, the sexual grooming started. And it lasted until she met me, and we started dating. This is the truth, and that’s all we’re going to say,” he said.

The husband presented a necklace his wife was given as a ministry gift by the pastor. He also gave back his wife’s purity ring to the church.

“We’re working through love and forgiveness, but people have to be held accountable,” he said. “They can’t just bamboozle people and say, ‘Well, I just committed adultery.’ It was far beyond adultery. So here’s your covenant purity ring back. I don’t want it in my home. We’re done.”

The husband concluded by dropping the microphone on the pulpit to the stunned congregation.

After the couple finished, the tide of support for the pastor quickly turned to anger.

Voices began erupting from the audience, saying, “If you did it, you need to admit it.”

An older woman is seen embracing the weeping victim.

Lowe took the microphone and confirmed that he began having sex with the victim when she was a teenager.

“You should have went to prison,” a voice shouted back at him.

“It was wrong. … I can’t make it right,” Lowe said. “All I can do is ask your forgiveness. … I’m doing what the biblical process is. I am stepping down, stepping aside. … I deeply hurt them, I deeply hurt you. I ask you to forgive me.”

As of Monday afternoon, the church’s website still lists Lowe as pastor. Other members of the Lowe family are also listed in leadership positions.