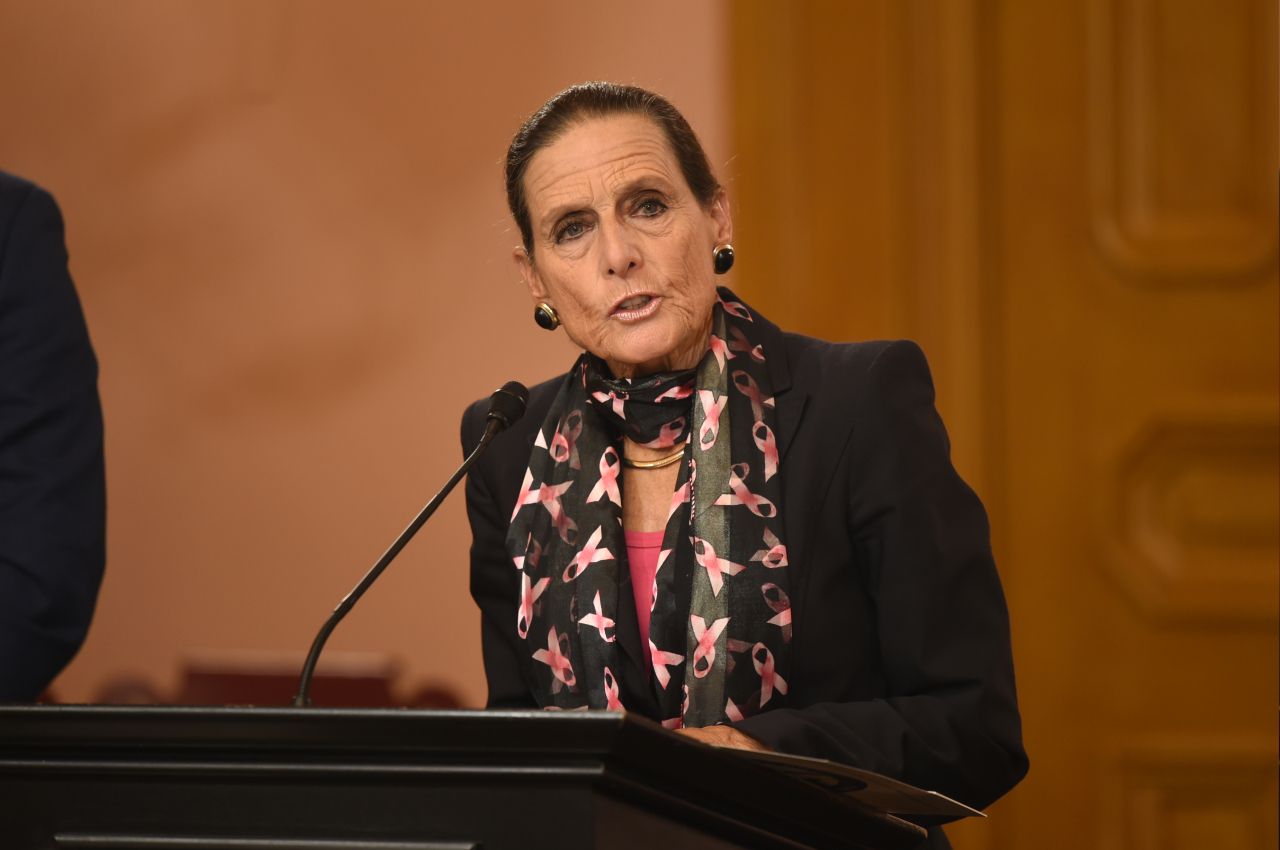 State Rep. Jean Schmidt, a Clermont County Republican, said during a radio interview this week that she would entertain a debate about outlawing birth control in the wake of the United States Supreme Court overturning constitutional protections for abortion.

Schmidt made the comments during a Wednesday interview with 700WLW’s Bill Cunningham in which she also said companies that provide travel expenses for employees to get abortion care could face legal consequences. Schmidt is the sponsor of a bill in the state legislature that would eliminate abortion from the time of conception, effectively outlawing it in the state.

“When we get back into session, we’ll probably have one or two more hearings on it and then it will go before our body and the Senate for a concurrent vote,” Schmidt said. “I do believe we have the votes in both chambers, and we have the full support of the governor on this bill.”

Schmidt, who previously called a pregnancy caused by rape an “opportunity” for women, said there would be no carveout for pregnancies caused by rape or incest.

“You know, rape and incest is an ugly, ugly, ugly act of violence and that woman is truly harmed and scarred. Those wounds will never go away,” she said. “We need to make sure she has all of the love and help and support. But to end the pregnancy of the child is not going to erase the wounds or those scars. That child still has the right to life.”

Opponents of the U.S. Supreme Court’s decision to overturn Roe v. Wade, the landmark case that legalized abortion nationwide, have argued that the same legal principles could be applied to outlaw things like birth control and same-sex marriage, which are not specifically outlined in federal law or the constitution.

When asked about banning birth control, Schmidt said she would consider it.

“That’s another issue for another day and I’m going to have to listen to both sides of the debate,” she said. “Right now, what I’m concerned about right now is the life of the child and the fact that we have the opportunity in Ohio to protect it from its conception until its natural death.”

She gave a similar non-committal response to a question about same-sex marriage, saying it was “another decision for another day.”

Schmidt also said companies that operate in Ohio that have pledged to provide travel expenses for women who seek abortion care to do so in another state may run afoul of the full abortion ban Republicans plan on passing this fall.

“If those companies want to do that, they better make sure they are complying with the laws of the states that allow them to do that,” Schmidt said. “Because in House Bill 598, it says anybody that promotes an abortion will be under the issues of criminal activity. They might have a problem with sending somebody outside the state with a paycheck in hand, because that would be, in some legal eyes, promoting abortion.

According to Schmidt, rape is an opportunity because “that baby might grow up to cure cancer.

Schmidt appeared on JMG in April when she introduced Ohio’s version of a “Don’t Say Gay” bill.

Her first appearance on JMG came in 2009 when as a member of the US House she whispered to a notorious racist anti-Obama birther, “I believe you.”

You know who else might have created the cure for cancer? Yes, those shot to death in mass shootings, stupid c*nt.

I swear they are trying to out moron each other.

And that is such a stupid argument. That fetus could also be the next Hitler.

Librarykid What, me worry? • 43 minutes ago

There are statistics that show that violent crime dropped15 to 20 years after abortions became legal because there were fewer unwanted children born to women who could not take care of them.

This witch needs to find a gingerbread house in a forest.

Call these fascist motherfuckers what they really are here: Forced pregnancy advocates.

Is the goal to turn girls and women permanently into second-class citizens in America, impoverished and dependent, with no choices or real freedom to choose how their lives will go? Absolutely.

As usual, the woman who wants to keep women barefoot, pregnant, uneducated, unemployable, impoverished, under the subjugation of men has a job, has self determination, is not subject to control by men, can make her own health decisions, She is the perfect example of “I’ve got mine, screw the rest of you.”. In other words, another Republican’t Qunt.

They do not care about women’s lives. Partial miscarriages are to be retained even when the amniotic membrane is ruptured. As long as there is cardiac activity, the fetus cannot be expelled by induced labor or D&C. Only after the mother shows signs of sepsis can these procedures happen even though there’s never gonna be a normal birth. And the mother has to get a septic pregnancy before anyone will do anything even though sepsis is inevitable and live birth impossible.

And the people making the laws know NOTHING. There are laws that require attempting to reimplant an ectopic pregnancy even though such a thing is impossible. “Ectopic” means embyronic membranes have already developed and attached outside the uterus. The embryo is beyond the stage when it can make membranes. It cannot be turned back in time to make new membranes or any kind of normal placenta. it’s already reaching out to make an abnormal placenta that will never happen. This is what creates the symptoms of ectopic pregnancy. An embryo is trying to do it’s thing where the thing is impossible. It cannot redo the thing

It’s evil and primitive that people who know nothing about women’s physiology are writing laws governing women’s physiology.
I just read about a 10 year-old in Ohio who missed their Sicko Imposed deadline. A raped child, FFS. She was brought to Indiana to take care of it, but Indiana isn’t going to be an option for long. The point is, it never should even have come to this.

Are they going to double pay so families can live on one income? A lot of women work who’d rather be home at least until their children are a little older but they can’t afford it. (Some have a relative who can provide child care so they don’t have to pay for that.) I’m in favor of choice but it’s bullshit to talk about choice when people don’t have the means to access all options.

But I can’t believe they’d really do (force) this on their own daughters and granddaughters. Forced birth (maternal mortality, a plus!) is “For The %^%#% Others. THEM!”

Forced birth for ‘those people’. For wealthy, connected Republican’ts, nothing will change for their daughters and granddaughters.

The objective is to create more poor people to be the underclass that serves them and makes them even richer.

The Reich Wing has been degrading civil society to benefit themselves for at least 70 years.

Practically speaking, a Supreme Court decision outlawing contaception would be thwarted by 75 percent of the populace. It would have no more weight than the words of the retrogressive American archbishops.

I don’t think overturning Griswold (sending it back to the states) would have that much impact on access to most forms of birth control. We should be more concerned that they overturn Griswold and rule that Americans have no expectation of privacy or any right to it.