This is what the republican party is now.   Conspiracy nuts, Qanon followers, religious fanatics, white supremacist racist bigots, and maga cult members.   These used to be fringe candidates if they were not simply ignored outright.   Now they are supported, funded, and put on ballots.    And in a lot of places they are winning.    Scary that if elected these people will be making our laws.   Hugs 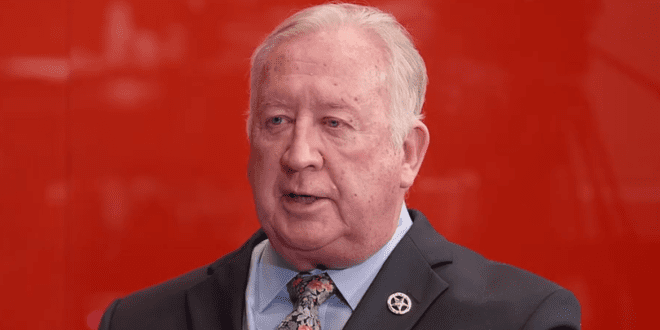 The Republican Party’s nominee for Maryland attorney general hosted a series of five radio shows in 2006 devoted to arguing in support of 9/11 conspiracy theories questioning if the terror attack was the work of an “elite bureaucrat” who had demolition charges in every building in New York City.

Michael Peroutka, a candidate best known for his ties to neo-Confederate organizations, made the remarks on The American View, a radio show he co-hosted, in October 2006 while discussing the fifth anniversary of the September 11, 2001, terrorist attack, even suggesting if those who died after a hijacked plane hit the Pentagon were killed elsewhere.

In the above-linked piece, you can hear audio of Peroutka claiming, “You can’t have an explosion in the basement that’s done by the hijacker on the airplane,” which, he claims, proves that the attack was an “inside job.”

Peroutka, a former board member of the neo-Confederate League of the South, has appeared a JMG over a dozen times in the last decade for anti-gay and racist stunts, most recently when he headlined a rally for anti-gay Kentucky clerk Kim Davis.

The League of the South is best known for burning the Israeli flag, making Hitler salutes, and calling the Holocaust the “Holohoax.”

You may also recall that the League Of The South recently celebrated the 150th anniversary of the assassination of “tyrant” Abraham Lincoln and provided the signage for anti-gay rallies in Alabama.

Peroutka was the largest financial backer of now-former Alabama Supreme Court Chief Justice Roy Moore’s successful campaign to be returned to the bench.

The GOP nominee for Maryland attorney general echoed 9/11 conspiracy theories and called the attacks an "inside job," a CNN review finds https://t.co/uBddswTjEA

The Republican party has become the party of drunk Uncle Ernie, who doesn’t get invited to family reunions anymore, because he scares the kids and breaks things.

I’m surprised he didn’t say that it was a Jewish conspiracy. Why did he hold back?

The one I’ve heard is that all the Jewish people working in the towers had ‘called in sick’ that day. Ridiculous and enraging, but people do believe this.

I’m guessing he thought “bureaucrat” was enough of a dog whistle.

Is a person required to be insane to run on the Republican ticket?

I mean, when you consider that they already need to be heartless, hypocritical, gaslighting sadists, it’s really not asking for much more!

Michael Peroutka, a candidate best known for his ties to neo-Confederate organizations

He sounds like a QAnon. There’s very little daylight between their beliefs and the beliefs of today’s Nazis and neo-Confederates. Frankly it’s a white supremacist spectrum that encompasses a lot of people in this country. The ability to attract new believers among uneducated whites is becoming greater and greater due to the Internet and disinformation spread by organized secret societies.

9/11 trutherism has no basis of reality whatsoever. Michael Peroutka is living in la-la land by believing this trash.

We have a collapsing system where the worst among us are awarded with riches, which just accelerates our downward spiral.