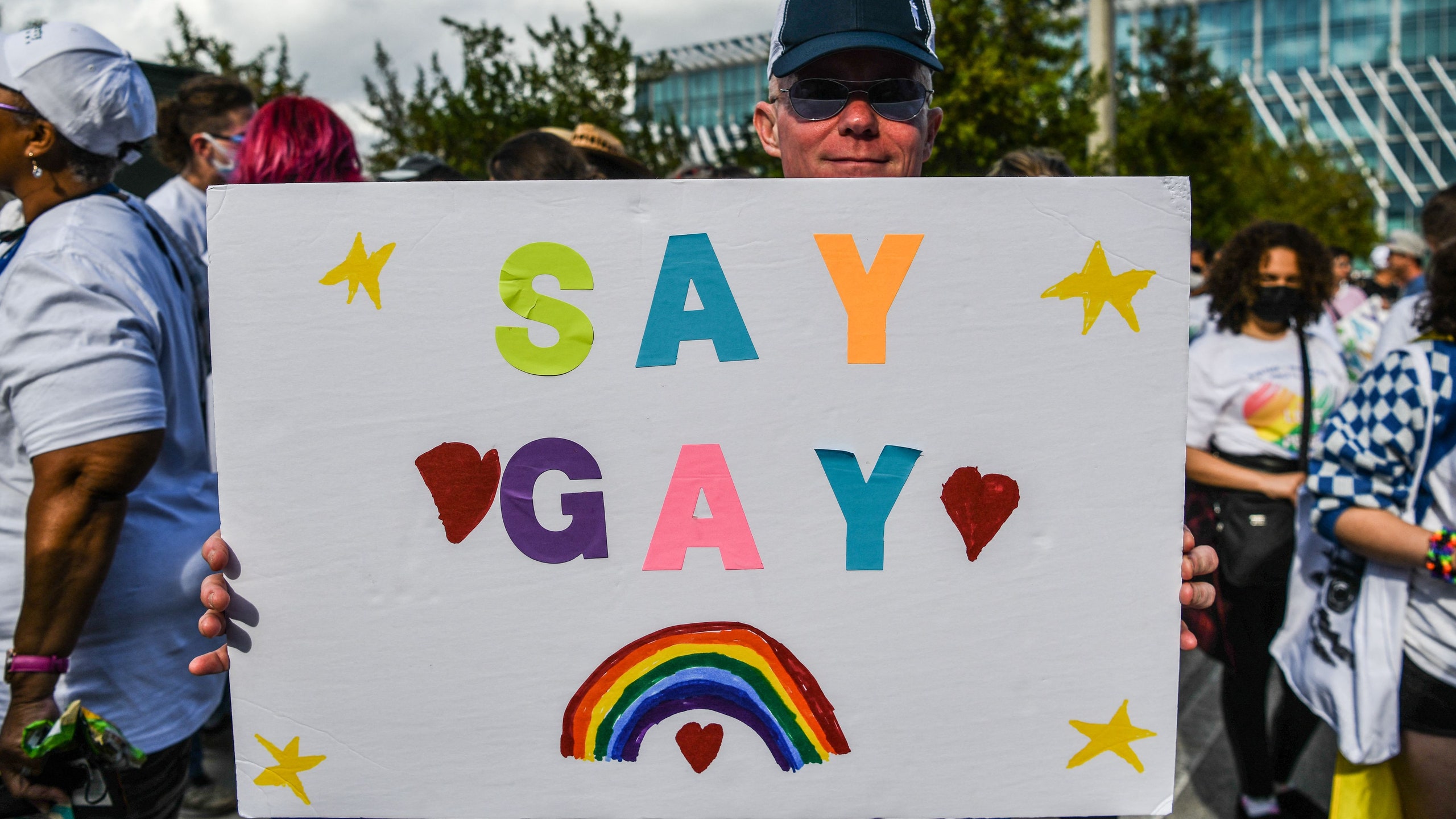 As survivors of sexual violence and advocates for survivors, we know exactly how precious and vital it is to be safe in our homes and our bodies, and how much is lost when that safety is violated by people who claim to love and protect us. We also know that words have power – both the words we use to describe our own experiences, and the words other people use to describe us.

That is why we can no longer stay silent while right-wing extremists appropriate the idea and terminology of “grooming” and “pedophilia” to attack gender equity and young people’s access to necessary education, whether these attacks are used to stoke fear and panic in attempts to ban any discussions of LGBTQ+ identity from classroom discussion, leveraged in efforts to ban books or get teachers or administrators fired, or used to undermine access to necessary relationships and sexuality education. The word “grooming” means something specific and serious: it is a secretive process by which someone builds false trust with a child they are intending to abuse.

LGBTQ+ representation and acceptance is life-saving for young people questioning their gender or orientation, and age-appropriate comprehensive sexual health education both gives youth skills to recognize and disclose abuse and helps reduce perpetration of sexual abuse.

This is why we are speaking today with one voice to demand that the journalists covering this devastating and false rhetoric do so responsibly. Whenever a source invokes the terminology of child abuse survivors as reasons to oppose education, LGBTQ+ rights, or other fundamental freedoms, we call on you to responsibly contextualize what child abuse actually is, and center the voices of survivor advocacy groups.

Child sexual abuse is real, and it is devastating. Standing in solidarity with the LGBTQ community has nothing to do with child sexual abuse. Child sexual abuse is about people in positions of power harming the most vulnerable. As Kendall Ciesemier, a survivor, wrote in the New York Times: “Abusers often seek to gain the trust of their victims and, in time, use that trust to assert control over them… No anti-LGBTQ education bill, book ban or health care ban, would have prevented my abuse or helped me in its aftermath.” For survivors who are trans or queer, remaining in the closet and not coming to terms with our own identities has never protected us from the kind of violence we endured as children. For some of us, our abuse may have been directly related to others’ attempts to suppress our identity, and the impacts of this abuse were made worse by being unable to access LGBTQ-specific information about sexuality, sexual health, and relationships.

The extremists who use this harmful rhetoric are not keeping anyone safe. They do not support or speak for survivors. To the contrary: They are muddying the waters of language, trivializing the suffering of survivors, gaslighting the public, and making it increasingly impossible for children to name when they are experiencing harm from abusers. When there is confusion about what child abuse actually is, it will be harder to identify it and intervene to stop it. Using inaccurate and sensational narratives to stir a moral panic about LGBTQ+ rights and sexual health education will lead to ineffective and harmful interventions and policy decisions based on fictions rather than evidence. These extremists are only fueling the epidemic of child sexual abuse, increasing violence against the LGBTQ+ community, and ultimately threatening public health.

Many of the same politicians co-opting the use of language created to name sexual violence are doing nothing when their political allies are discovered to have committed actual sexual violence. They are using this rhetoric because they believe that keeping us afraid will help them gain and cling to power. And by spreading these baseless, cynical allegations, they are inciting violence against queer and trans people — people who are already significantly more likely to be victims of abuse, rather than perpetrators of it.

In fact, the very initiatives that do reduce children’s vulnerability to groomers and prevent child sexual abuse are the ones extremists are weaponizing the language of child abuse to oppose. LGBTQ+ affirming books and curricula save lives by helping all kids know their lives and rights to bodily autonomy are important, and that their identities are valid. Studies repeatedly show that quality, inclusive relationships and sexuality education can reduce child abuse, and empowers children to report if someone does try to harm them. We are tired of being weaponized as a right-wing talking point against the education and protections that will prevent more children from experiencing sexual violence.

Survivors of abuse will tell you that information is power and the real threats are fear, shame, and silence. Don’t make children pay the price for these politicians’ lies. By centering survivor advocates in this narrative and educating the public about what grooming is and is not, you can help people see through this fear-mongering ploy, return the power of words to survivors, and make children across this nation safer in the process.

Coalition to Abolish Slavery and Trafficking

Jews for a Secular Democracy

Our Bodies Ourselves Today

University of Kansas Department of Women, Gender, and Sexuality Studies

You Are More Than

And the Following Individuals:

One thought on “The Right Is Misusing the Word “Grooming,” and It Can Have Serious Consequences”