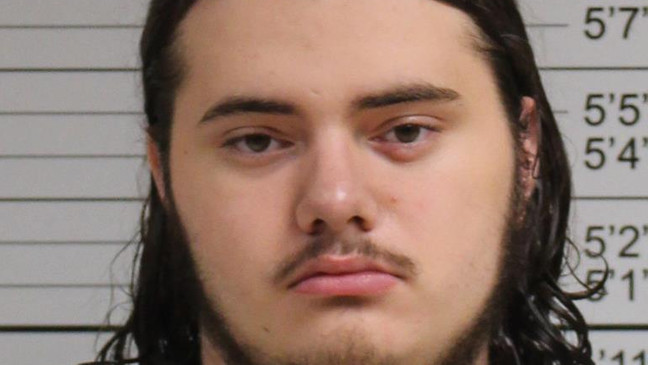 Authorities have provided new details about the investigation into the Westmont Hilltop High School trespassing incident, which they are now calling an alleged school shooting plot.

Investigators say as a result of subsequent search warrants, a total of five AR-15 style firearms, a rifle, a shotgun and additional ammunition were seized from the home of 16-year-old Preston Hinebaugh.

Police also confirmed that they can prove that Hinebaugh had “access and control to at least two of the weapons at different points in time.”

Upper Yoder police chief Don Hess stressed to 6 News that the other teenager being charged, 17-year-old Logan Pringle, was not allowed to be on Westmont school property due to a prior threat in which he “threatened to shoot up the school,” and was expelled from the district.

A criminal affidavit states that Pringle had a past history of threats and “dangerous actions” towards the school district, including lighting a carpet on fire and bringing fireworks to the school in January of 2018, as well as the prior shooting threat.

According to the criminal complaint, Pringle gained access to Westmont Hilltop High School on Tuesday after Hinebaugh let him through the front door of the building, without any staff noticing.

Authorities say surveillance video shows the pair wandering the halls of the school and observing camera locations throughout the building.

Chief Hess noted that all investigating agencies believe that the two teens were in the “planning phase of a school shooting.”

Pringle reportedly told police in an interview that he “didn’t think it would be that easy to get back into the school,” but said that he left the building through a side door near the gymnasium because he thought he would be caught.

Hinebaugh also told police in an interview that Pringle was “obsessed” with guns and had previously made firearm parts while attending a local vocational school.

During the course of the investigation, police also noted that just days prior to the “security breach,” Pringle used a computer at his school to research information on guns, specifically AR-15 style weapons.

Both teens are being held at Cambria County Prison and have preliminary hearings scheduled for Dec. 20.

Two teenagers have been charged as adults with multiple felonies, including Conspiracy to Commit Terrorism, related to an investigation of an unauthorized person gaining access to Westmont Hilltop High School on Tuesday.

Both defendants were taken into custody without incident and are currently in the Cambria County Prison awaiting preliminary arraignment, according to the release.

Neugebauer said “an alarmed parent” alerted the school to the security breach.

“Recent events, including this one, must serve as a reminder that we all should remain alert to protect ourselves and those around us,” Neugebauer said. “All threats to the safety of our schools and institutions will be thoroughly and swiftly investigated, and all incidents will be taken seriously.”

Police said in a search warrant obtained by 6 News from the office of Magisterial District Judge Susan M. Gindlesperger on Friday that an AR-15 style firearm was found in Hinebaugh’s home. Authorities say the boy admitted to possessing the weapon, without his parents’ knowledge, during a police interview.

Police said they found the weapon in Hinebaugh’s bedroom, along with ammunition and other firearm-related accessories.

Westmont Hilltop Superintendent Thomas Mitchell said Thursday that students and employees were not in danger. “Each time we are confronted with student behavior that requires police intervention, it is an opportunity for the school administration to refine its approach and quicken its response to improve the safety of all students and employees,” he said in a statement.

Neugebauer said the FBI has joined the investigation along with the Department of Homeland Security, ATF, and the U.S. Attorney’s Office.

District Attorney Greg Neugebauer also added that, ” I do believe tragedy was prevented.”