Play the video, funny, cute, and throws huge shade at someone.    Hugs

Last night at the White House, a little girl interrupted the closing music for the Biden's Hanukkah party speech to ask him "How do I become president?" He took back the mic and answered: "Know who you want to help, and know what you'd rather lose the election than do." pic.twitter.com/70jqn9GL7E 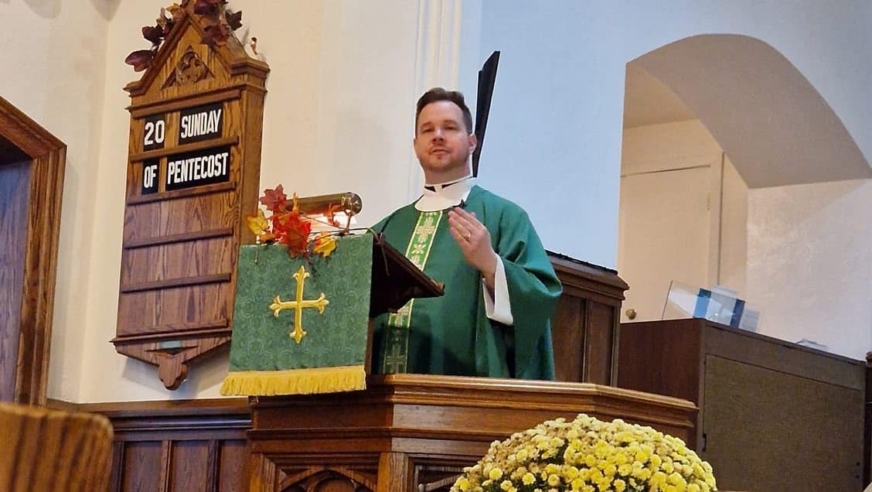 A gay reverend has gone viral for his sassy response to a hater who questioned how he could possibly teach Christianity while also sleeping with men–and the reverend’s replies are priceless.

Daniel Brereton, a reverend at St. John’s Dixie Anglican Church in Mississauga, Ontario, shared a tweet containing screenshots of a text exchange he had with an unidentified crank.

“WTF?” the crank began, “How can someone who has sex with men teach people about the Bible?”

Brereton responded, “Sex with ‘men’? The reports of my sex life have been greatly exaggerated.”

Unamused, the hater responded, “Even one man is a sin.”

The reverend wrote back, “You must know my ex.”

The hater then wrote, “You can’t teach the word of God while having sex with men.”

The reverend then sent off a million-dollar retort.

“Are you speaking from experience?” he wrote. “Personally, I’ve never tried doing them at the same time. But I suppose if your camera was stable enough, and your partner quiet enough, and the people in your study group didn’t mind…”

Whoa… Brereton might’ve stumbled onto a hot new kink. We’re not sure if any adult video performers or OnlyFans creators have ever tried combining humping, web-camping, and Bible study, but surely there’s an audience for it — it just seems so… sacre-licious.

Undeterred, the hater replied, “I don’t understand all the people so deceived by you. As a Christian, I would never follow you.”

The reverend accurately responded, “As a Christian, you’re supposed to be following Jesus.”

The hater responded, “At least I don’t f*ck dudes,”

Brereton shot back, “On behalf of every gay man on earth. Thank you.” The shaaaaaade.

“F*ck you,” the hater dumbly responded.

The good rev then clowned the hater, writing back, “Ok, you JUST said you wouldn’t. You’re sending a lot of mixed signals here.”

After that zinger, the hater apparently blocked the reverend from sending him any other messages.

“Well, he finally sent me a clear signal,” Brereton wrote on his tweet containing shots of the exchange. His tweet has gotten over 55K likes as of Wednesday morning.

Well, he finally sent me a clear signal. pic.twitter.com/5IIBKM3PfD

It’s unclear how the reverend at the hater connected or why the hater seemed so angry yet thirsty for the good rev, but the man of the cloth certainly cut his opponent to shreds.

With his wit (and admittedly good looks), Rev. Brereton is the sort of religious leader we need more of. This exchange is pure gold, but Brereton’s Twitter is also filled with tweets standing up for queer dignity and correcting the misperception that it’s impossible to be gay and Christian.

Haters regularly interpret the Bible to condemn queers (while ignoring its prohibitions against divorce, hypocrisy, and allowing poverty). But most of the Bible’s condemnations against homosexuality are part of ancient Hebrew law which contains prohibitions against shrimp, blended fabrics, and other things that most Christians ignore. Christians also seem to ignore the parts where Jesus stresses the importance of loving literally everyone, whether they’re Christian or not.

Brereton could’ve been much meaner to his hater or ignored him completely. But instead, by standing up for himself, he showed everyone that gay people don’t need to accept shaming from people who claim to speak for God.

“Jesus does say ‘don’t respond to violence with violence,’” the reverend pointed out in another tweet, “but he does NOT tell people to be door mats. He raises the oppressed up into full dignity, he doesn’t tell them they’re earning ‘heaven points’ with every physical and emotional bruise they sustain. Nope.”

Put another way: Stand up to religious bigotry. Jesus and the good reverend command it!