As I recently posted there are 2.64+ million LGBTQ+ kids.   One in 4 try to end their lives, some more than once.   That is not think about it, 1 in 4 try to actually die.  The Trevor Project estimates that at least one LGBTQ youth between the ages of 13–24 attempts suicide every 45 seconds in the U.S.   Now math is not my strong suit and last time I got the numbers wrong so let me try dividing the number of kids (2,647,755) divided by 4 = 661,938.75.   So 661+ thousand LGBTQ+ kids try to kill themselves.   A year!   Is that enough?  Well not according to the radical right / Republicans.    Again remember the entire goal of the rights attack on the LGBTQ+ is to make being one more unacceptable than many think it is now.   The goal of the right is to deny acceptance of LGBTQ+ people and kids.  The guy who wrote Florida’s don’t say gay bill admitted he couldn’t stand that kids coming out were treated decently in school, that they were not bullied and ostracized.  They want LGBTQ+ kids to suffer, and if more die I guess that doesn’t matter to the forced birth misnamed pro-birth crowd.   For people that think this is a one off and will go away after the midterms I have four more states in my open news tabs trying to implement these anti-LGBTQ+ laws.   One legislator wants to have public book burning to destroy LGBTQ+ positive books in a Christian celebration of gods morals.   The right is still waging war for the right to discriminate on serving LGBTQ+ people, waging war on same sex marriage, and same sex adoption, so this is another front in the war. 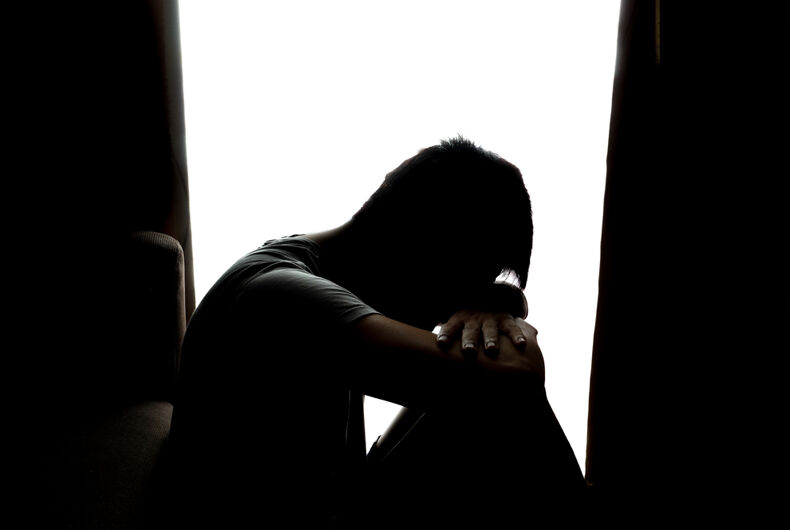 Conservatives have spent the last couple months calling everyone who disagrees with them a pedophile, and now they’re setting their sights on the Trevor Project, an organization that runs a hotline and other resources to fight LGBTQ youth suicide.

Colin Wright, an editor of the anti-LGBTQ website Quillette, shared a comic from the Trevor Project that explained how teens could erase browser history and escape the site quickly so that they could get help even if they are worried about being outed to their parents.

Wright didn’t seem able to understand how something like this could help young people and instead said that the point of the feature is to “keep parents in the dark.”

Others on the right equated the Trevor Project with pedophilia, implying that an organization reaching out to LGBTQ teens in crisis is the same as a child sex abuser having sexually charged conversations with minors, as if any conversation involving LGBTQ identities is inherently pornographic.

“Why is the Trevor Project encouraging children to keep secrets from their parents?” the far-right organization Moms for Liberty responded to Wright’s tweet.

Why is the @TrevorProject encouraging children to keep secrets from their parents? https://t.co/86SqFIR8g9

“Leftwing activists are predatory groomers,” conservative pundit Lauren Chen tweeted. “If you sit around designing and promoting ways to get in touch with kids so you can discuss sexuality and keep it from their parents, you are a groomer.”

If you sit around designing and promoting ways to get in touch with kids so you can discuss sexuality and keep it from their parents, you are a groomer.

The anti-LGBTQ account Libs of TikTok called the Trevor Project a “grooming organization” in a now-deleted tweet.

The Trevor Project works to prevent LGBTQ kids from committing suicide, that's it. It's actually a matter of public safety to have this person's identity known if she's going to be this hateful and dishonest pic.twitter.com/suqgTBwWje

James Lindsay, the professor who is best known for getting a fake academic paper published in 2017, claimed that it’s “only a matter of time until solid evidence of serious wrongdoing emerges regarding the Trevor Project.”

Only a matter of time until solid evidence of serious wrongdoing emerges regarding the Trevor Project. They don't mobilize to protect anything unless there's something really bad going on there that they don't want anyone to find out. Mark my words.