During a House hearing, the GOP demonized patients and doctors with QAnon-style conspiracy theories 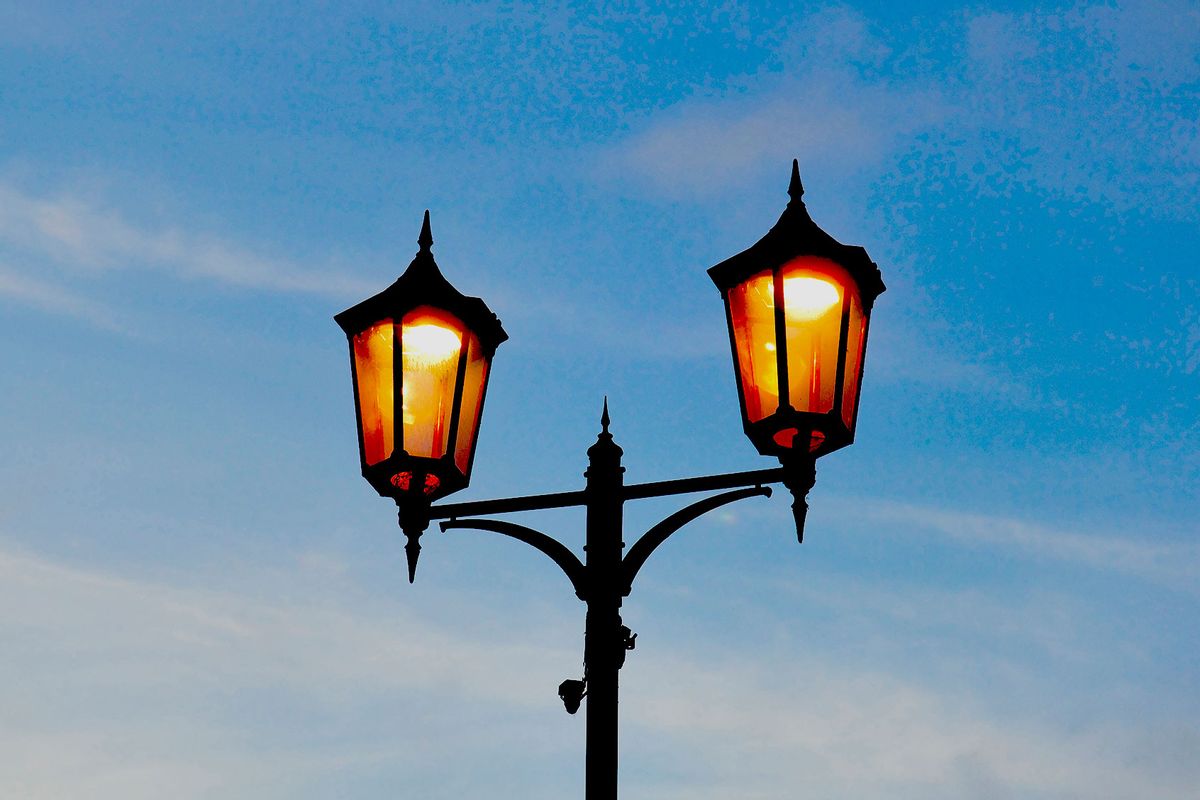 It was only one half-hour into Wednesday’s congressional hearing on abortion access when it became clear that the Republican contributions to the day would be loonier than a QAnon message board.

“In places like Washington D.C.,” fetuses are “burned to power the light’s of the city’s homes and streets,” claimed Catherine Glenn Foster, who had, just minutes before, sworn not to lie under oath. The GOP-summoned witness let loose the wild and utterly false accusation that municipal electrical companies are powered by incinerated fetuses.

“The next time you turn on the light, think of the incinerators,” she said, apparently repeating a misleading talking point from the same anti-choice activists caught stashing fetuses at home. Everything on the right is psychological projection.

So that’s where Republicans are these days: Arguing that we live in a janky version of the Matrix, except powered by fetuses instead of actual people.

Foster is not some random nut that Republicans pulled off a soapbox at a subway station minutes before the hearing started. She is a Georgetown law school graduate who is paid $190,000 a year to be the president of Americans United for Life, one of the largest anti-abortion non-profits in the country. So it’s not surprising that Foster believed she would get away with this absurd nonsense. Hers was merely one of a truly overwhelming number of lies that poured out of Republican lawmakers and witnesses alike throughout the course of Wednesday’s hearing. When lies are coming out like chocolates on a conveyor belt aimed at Lucille Ball, the liars can be assured they’ve overwhelmed the fact-checkers beyond any hope of accountability.

The GOP contributions to the hearing were a blizzard of bullshit, meant to totally white out the efforts by Democrats and reproductive rights activists to remind the public of the great human cost that results from banning abortion.

As their actual political views become harder to defend on the merits, Republicans increasingly embrace conspiracy theories and urban legends to justify the unjustifiable.

Republicans pretended progressives don’t know what a “woman” is. They insisted that the mere existence of abortion shows that birth control efforts are useless. (On the contrary, the abortion rate has gone down as birth control access has improved.) They pretended, over and over, that the issue at hand was only late-term abortions. In reality, the abortion bans being passed start at two weeks after a missed period, if not sooner. And then there was the repulsive contributions of Rep. Mike Johnson of Louisiana, who pretended that women wait until they go into labor and then abort the pregnancy right before the baby is born. Having made this lie up, he then berated Alabama-based OB-GYN Dr. Yashica Robinson for the existence of a procedure that, quite literally, only happens in his bizarre fantasies. (Thanks to Charles Pierce at Esquire for the transcript.)

Johnson: Do you support the right of a woman who is just seconds away from birthing a healthy child to have an abortion?

Robinson: I think that the question you’re asking does not realistically reflect abortion care —

Johnson: In that scenario, would you support her right to abort that child?

Johnson: It’s not a theoretical, ma’am. You are a medical doctor.

Indeed it is not theoretical — it is entirely fantastical. Johnson’s showboating was the equivalent of berating a doctor over unicorn horn removal surgery. But Johnson, eager to talk about anything but the realities of abortion care, continued to play this game. He went on to insist that Robinson answer for killing a baby “halfway out of the birth canal,” forcing her to pointedly remind him that actual murder is already illegal.

When lies are coming out like chocolates on a conveyor belt aimed at Lucille Ball, the liars can be assured they’ve overwhelmed the fact-checkers beyond any hope of accountability.

Anti-choicers love this hypothetical of a woman who aborts during labor. In reality, it makes about as much sense as banning men from touching their penises out of fear one might one day he might cut his off. But of course, Republicans would rather talk about their lurid fantasy lives than the realities of abortion.

In the aftermath of the leaked draft opinion that indicates that the Supreme Court will be overturning Roe v. Wade in a few short weeks, the grim reality of what banning abortion means is just starting to dawn on the larger public. Poverty, child abuse, derailed lives, women trapped in abusive relationships, people mutilated or killed in attempted self-abortions, people being imprisoned for trying to get abortions, and even just the looming anxiety hovering over every sexual encounter: That’s what the GOP wants to inflict on Americans, and it is not exactly the most popular politics.

Sadly, there’s nothing surprising about this turn towards wild tales about fetus-powered street lamps and women demanding abortions during labor.

As their actual political views become harder to defend on the merits, Republicans increasingly embrace conspiracy theories and urban legends to justify the unjustifiable. Want to ban schoolchildren from reading about Martin Luther King Jr.? Just falsely claim that something called “critical race theory” is being taught to school kids and use that as cover. Want to deny trans kids the right to be treated with dignity in public schools? Roll out some wild story about how kids are now “identifying” as cats and using litter boxes in school. Want to rile up the GOP going into the midterms? Screw making any substantive arguments! Just claim that Democrats are conspiring to “replace” white Christians with people of different races and ethnicities, a conspiracy theory lifted directly from neo-Nazis, with the details barely tweaked before being repeated hundreds of times on Fox News.

Of course, in the latter case, the cost is paid in blood. We’ve seen repeated mass murders as a result of this “great replacement” conspiracy theory, with the latest in Buffalo, New York. This points to another, even darker purpose of the Republican reliance on urban legends instead of evidence: Dehumanizing the targets of their sadistic political views.

Lately, Republicans have accused their political opponents of “grooming” children, which is basically just a way of saying all Democrats are pedophiles. It’s an idea directly borrowed from QAnon, just like “great replacement” is borrowed from white supremacist groups. The purpose of this kind of rhetoric is to paint your opponents — or in many cases, your actual targets— as subhuman and therefore deserving of any abuse you dish out, including violence.

RELATED: Are women people? Why the Supreme Court just signed off on a Texas law that denies women’s humanity

Indeed, it’s arguable that the abortion debate is how conservatives honed the art of spooling out monstrous false accusations in order to dehumanize their opponents. Falsely accusing doctors and abortion patients of “murder” has been standard conservative rhetoric for decades, and the human cost has been staggering: Assassinations of doctors, the bombing of clinics, and mass shootings of patients. Yet Republicans never let up, because despite claiming to be “pro-life,” they can always be counted on to prioritize political point-scoring over actual human life.

So yes, laugh at the weird anti-choice lady raving during a congressional hearing about fetus-powered street lamps. But remember the almost unfathomably deep cynicism that fuels such lies. Republicans are determined to set back women’s rights by decades, punish people for having sex, and prop up racial inequities. They frankly do not care how many lives are ruined — or lost — in the process. And they don’t care how stupid they sound when they roll out urban legends, so long as they finish the sadistic task of making unwanted childbirth mandatory across much, if not all, of the United States.

Fetuses are "burned to power the light's of the city's homes and streets," claimed Catherine Glenn Foster of Americans United for Life.

She seems to have gotten this urban myth from the people who got arrested for stashing fetuses in their house. https://t.co/v5ziSD7iCd pic.twitter.com/KGvE9iHMUe