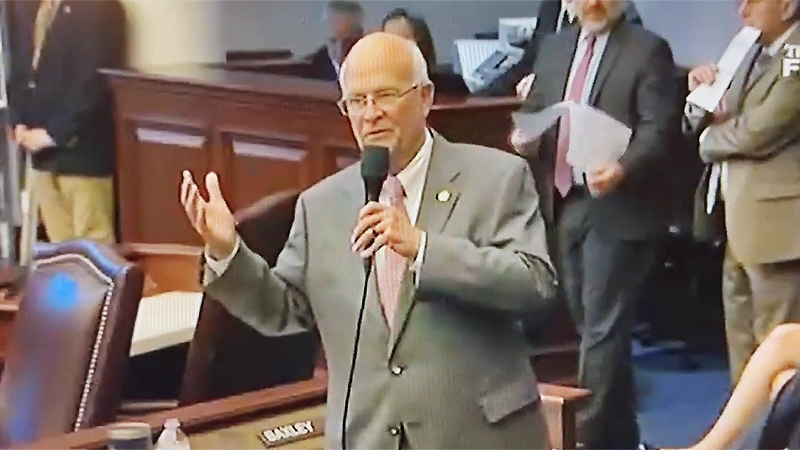 The Florida Senate debated the frequently referred to “Don’t Say Gay” bill on Monday, but one Republican spoke in such circles that he ultimately ended up fact-checking himself.

Responding to comments from one Democrat about why the GOP doesn’t care about talk of drugs, rape, murder or other topics. Instead, Republicans are more focused on addressing issues like civil rights and LGBTQ equality.

When state Senator Dennis Baxley spoke for “hours” according to one Miami reporter for CBS4. Baxley told his colleagues that the bill didn’t single out gays. Finally, however, he talked himself in such circles that he confessed he was scared by kids identifying as gay to be seen as school “celebrities.”

For years, a non-profit group called the Trevor Project has fought the violence and bullying LGBTQ+ children face in schools. A flood of people posted videos talking about how awful it was to grow up as “different” and the bullying they faced. They promised in the videos, “it gets better.”

After hours of denying his bill singled out gays, Senator @dennisbaxley admitted the so-called \u201cDon\u2019t Say Gay\u201d bill was drafted because he was personally concerned so many kids today identify as gay and see themselves as \u201ccelebrities.\u201d @CBSMiamipic.twitter.com/VI9cGiBNiN