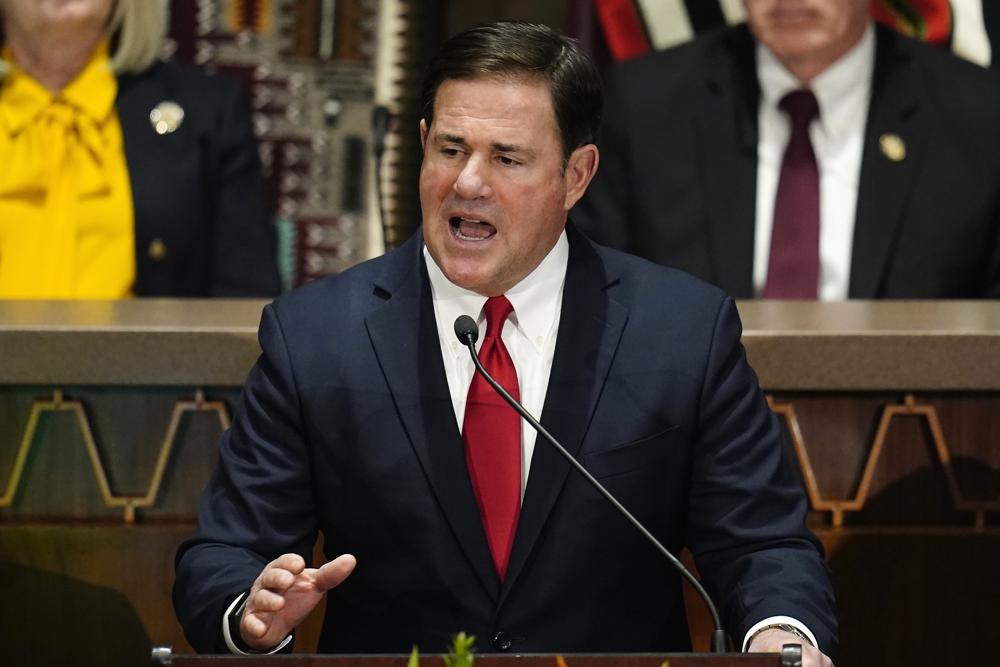 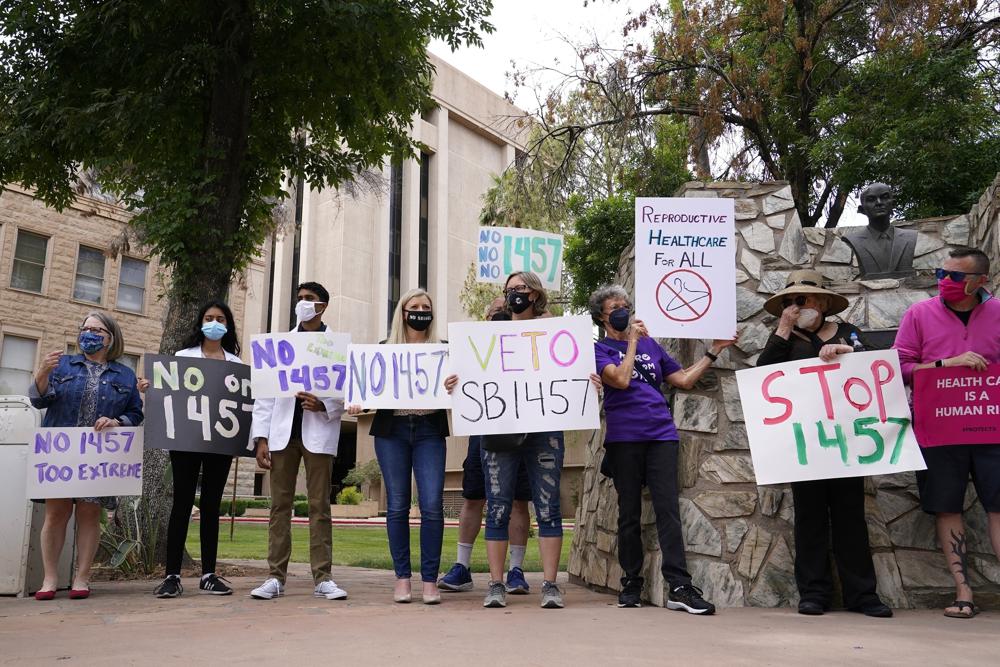 The Republican worked instead to defend his signatures on bills that bar transgender girls and women from playing on girls high school and women’s college sports teams and barring gender affirming surgery for anyone under age 18.

When specifically asked if he believed that there “are really transgender people,” the governor paused for several seconds before answering.

Asked again if he believed there are “actual transgender people,” he again answered slowly and carefully.

Ducey’s response was “appalling,” according to the Arizona director of the Human Rights Campaign, a national civil rights group that advocates for equality for LGBTQ people. The organization worked to ensure families and transgender young people came to the Capitol to testify against the bills as the Republican-led House and Senate considered them this session.

“It’s quite shocking that he can’t even address trans people or even say that he thinks they exist,” Bridget Sharpe said.

Wednesday’s signing of the two transgender bills and a third that bars abortions after 15 weeks of pregnancy and is currently unconstitutional put Ducey right in the middle of two top issues national Republicans are highlighting in the runup to November’s midterm elections.

Ducey also signed election legislation that minority Democrats said amounted to voter suppression by requiring longtime Arizonans to be thrown off the voter rolls if they did not prove their citizenship and residence location.

The governor leads the Republican Governors Association, which is charged with helping elect GOP chief executives in U.S. states. He in is the last year of his second term as Arizona governor and term limits bar him from seeking reelection.

The top Democrat in the state House, Rep. Reginald Bolding, called Wednesday “probably one of the darkest days we’ve seen in the history of Arizona.”

“With the stroke of a pen, Gov. Ducey has hurled Arizona backwards to its ugliest past,” Bolding said Wednesday. “And today, he put in jeopardy pregnant people, transgender youth in danger and curtailed voting rights for people of color.”

Social conservative groups and the Arizona Republican Party praised Ducey’s action. The Center for Arizona Policy, whose president shepherded the abortion and women’s sports bills through the Legislature, called it a victory.

“Thank you, Governor Ducey, for taking a bold stand for women athletes, vulnerable children, and the unborn by putting your signature on (the bills) in the face of intense opposition from activists,” Center for Arizona Policy president Cathi Herrod said in a news release she posted on Twitter.

She said the legislation protects the unborn, ensures a level playing field for female athletes and shows that “Arizona will do everything it can to protect vulnerable children struggling with gender confusion” by enacting the surgery ban.

“These are permanent surgeries of reassignment that are irreversible, and those discussions can happen once adulthood is reached,” he said.

The American Civil Liberties Association has vowed to sue over the surgery ban. U.S. Supreme Court precedent currently says women have a constitutional right to abortion until about 24 weeks of pregnancy, although it is considering whether to uphold a 15-week ban enacted in Mississippi and may overturn Roe v. Wade, the 1973 decision enshrining a woman’s right to choose.

Arizona joins 13 other states in enacting laws preventing transgender girls and women from playing on girls teams. Utah Gov. Spencer Cox vetoed a transgender sports ban in his state, saying it would harm transgender girls, but the Legislature overrode the veto. Indiana Gov. Eric Holcomb also vetoed a sports bill, but lawmakers hope to override his action as well.