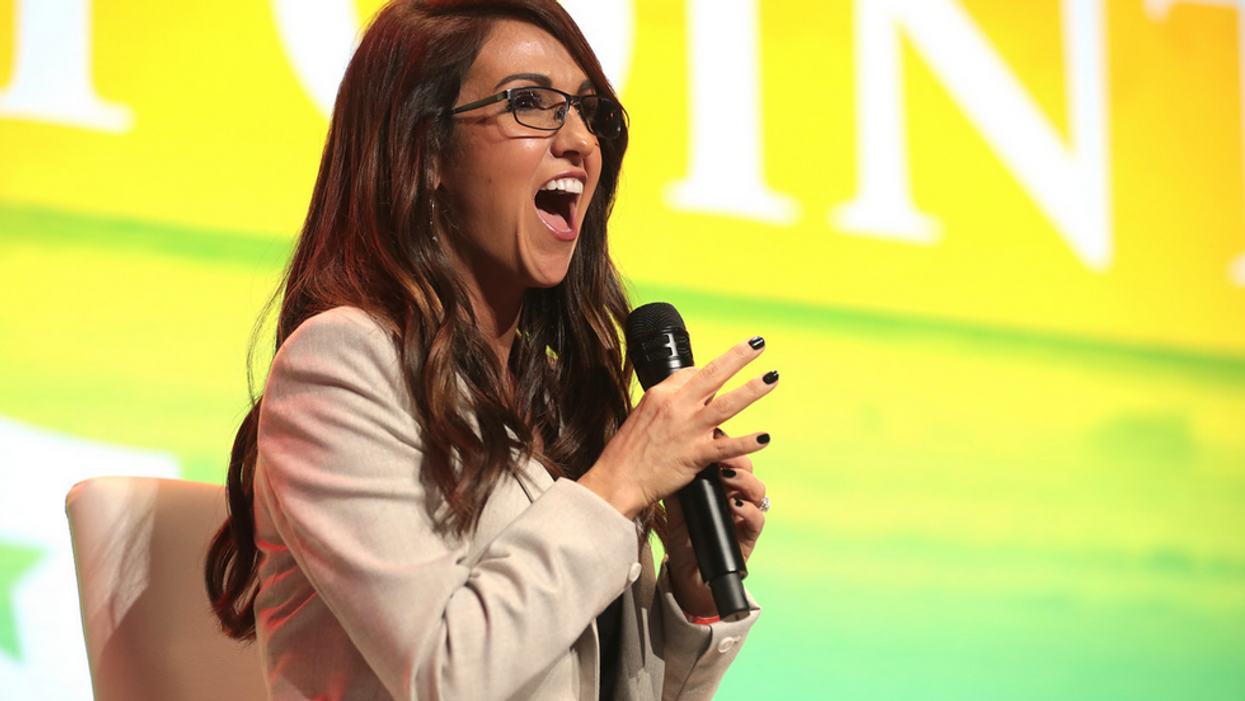 Right-wing QAnon conspiracy theorist and United States Representative Lauren Boebert (R-Colorado) on Friday asked the Twitter audience to explain to her why the law does not “require” LGBTQ+ Americans to wait until they are 21 years old to come out.

Boebert, a radically socially conservative high-school dropout who supports unfettered access to firearms, drew absurd parallels between LGBTQ+ identity struggles and established legal limitations on who can buy “alcohol beverages” and cigarettes. She also stated that sexuality is a choice, which it is not.

Why is it so unreasonable to require people to reach a certain level of maturity before making life-altering decisions about their sexuality and identity?

The brutal responses that Boebert received were probably the opposite of what she had anticipated. Or maybe she just wanted to stir the pot. If so, mission accomplished.

Just because it took you well into your thirties to get a high school diploma, doesn’t mean that others are as stunted as you, BoBo.

Alcohol is a gateway drug, so why vote no on marijuana when it has medical benefits that will help people?

You don't get to talk about maturity. pic.twitter.com/HI0kfR9OF1

While we are at it, why not the same thing to purchase and own firearms?

How about you start by staying out of people's bedrooms, and their lives❓🤨

You were 16 or 17 when you made the life altering decision to have sex, pop out a kid, quit school and get married.

Why is it unreasonable to ask people to wear a mask in public during a pandemic?

Interesting! Why is it reasonable that 16/17yr olds can acquire semi automatic weapons that could make them a potential mass shooter or mass murderer. They have not reached a certain level of maturity either (some never will) & that is surely a potential life altering choice! https://t.co/TFxBgtGl8b

But you agree with forcing a 12 year old to give birth from a pregnancy as a result of rape.

So, @RepBoebert, your answer to everything is:

Why is it unreasonable to require people to reach a certain level of education before representing a population of people in Congress?

You married a guy who exposed himself to minors. Your decision-making skills haven't improved since then.

Why is it so unreasonable to require representatives to have a certain level of morality before making society altering decisions about anything at all?

So Lauren, your children are how old? pic.twitter.com/LqMjiP1jX1