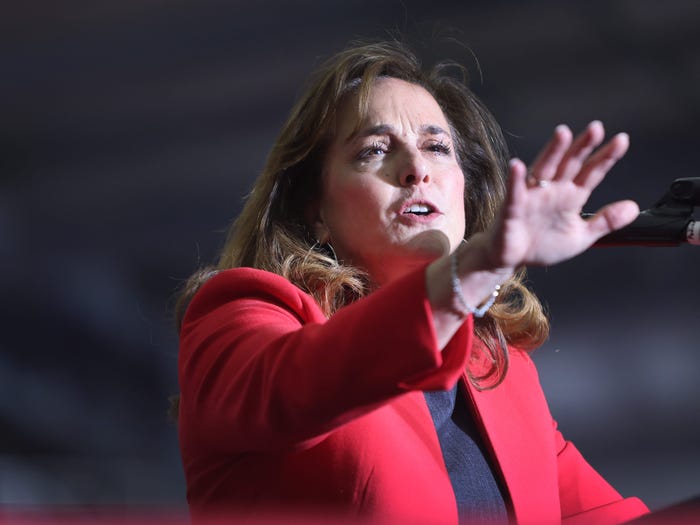 Michigan Congresswoman Lisa McClain falsely claimed during a Saturday campaign rally that Osama bin Laden had been caught by the Trump administration.

“Well, President Trump was in office. We didn’t have a war and I think he made three peace treaties,” McClain said during her speech. “Caught Osama – Osama bin Laden and Soleimani, Al Baghdadi. And this President is weak. And I’ll tell you weakness breeds aggression. We need strength.”

Qasem Soleimani, an Iranian general, and Abu Bakr al-Baghdadi, a leader of ISIS, were both killed during military operations completed during the Trump administration.

The 2011 raid that killed bin Laden, however, was conducted during President Barack Obama’s first term in office. Joe Biden was serving as vice president at the time. Trump was hosting “The Apprentice” – a reality/game show on NBC.

During her remarks, McClain also said unemployment is at a “40-year high” while there is “a labor shortage.”

The current unemployment rate is 3.8%, down from a record of 14.7% during the height of the pandemic and lower than it has been for most of the last 20 years.

McClain’s office did not immediately respond to Insider’s request for comment.

No, Lisa, Osama bin Laden was caught in 2011 under the Obama administration. pic.twitter.com/5LSc9ozfms

Oh, Lisa hangs out with the Proud Boys? That tracks. https://t.co/uUEztYfXB1

Republican House Representative Lisa McClain apologized to the Trump rally crowd for referring to Joe Biden as “our President.”

This is a sitting member of Congress. pic.twitter.com/yHp12tEoIY

Rep. McClain: What we have now is a shambles. It’s a complete mess. Unemployment, 40 year high pic.twitter.com/wEaem0LF4w