These people are obsessed with sex and kids.   Just what the world needs on Earth Day, more people.

April 22 marks Earth Day, and this year’s theme is “Invest in our planet.” On this day, environmentalists and nature-lovers around the world unite to appreciate the beauty of God’s creation (whether they recognize it as such or not) and advocate for its conservation.

However, respect for the earth ought never to be in opposition to respect for humanity — the pinnacle of God’s creation. As some environmental extremists have begun to favor population reduction as a means to improve the planet, it is more important than ever to affirm that valuing the blessing of children and caring for creation are not mutually exclusive.

The anti-natalist vegan organization Stop Having Kids proclaims, “There is an unconscionable amount of needless suffering and death in the world. Birth serves as the catalyst for it all.”

According to the group’s website, anti-natalists believe that human reproduction is “an irreversible, unnecessary, indefensible, and enduring form of harm, regardless of circumstances, situations, or consciousness in living.”

In other words, anti-natalists want the human race to voluntarily wipe itself from the face of the earth in order to prevent future harm to the planet.

In 2021, Elon Musk said at the Wall Street Journal’s annual CEO Council, “I think one of the biggest risks to civilization is the low birth rate […] if people don’t have more children, civilization is going to crumble, mark my words.” Musk’s warning contradicted generations of environmentalists who have argued that the human race was on its way to overpopulation.

Children are not a curse to be ended; rather, they are precious, unrepeatable souls made in the image of God. Children represent an opportunity to instill the principles of stewardship and respect for God’s creation in future generations.

A wholistic appreciation for creation is incompatible with the degradation of the value of human life. This Earth Day, let us remember that humanity can make no greater investment in the planet than investing in its children.

"The earth is the LORD’s and the fullness thereof,
the world and those who dwell therein,
for he has founded it upon the seas
and established it upon the rivers."
Psalm 24:1-2 ESV pic.twitter.com/RVV5IhP0rW

No babies are born x-tian. They have to be taught. What will they do when some pf their babies turn out to be GLBT?

We have 7 billion people on this planet. And there isn’t another planet to populate

More personally, my life is so much simpler snd better just because I don’t have kids

Only have kids if you really want to. Otherwise it’s just a burden

“And the Lord said, ‘Go forth, be fruitful and spawn ’til you die'”.

If anyone really wants a lot o kids, there are about 2 million in American foster care needing homes.

And let’s face it, these hard-core evangelicals don’t care about the planet — it’s disposable, they’re all going to be Raptured away and leave the rest of us to clean up the mess they’ve made.

There’s something terrifically egocentric about Perkins’ brand of “Christianity”.

No such thing as a Christian baby. Babies are innocent until they become children and are groomed by Christians into their lifestyle.

The_Wretched Joe in NM • 6 hours ago

I’m pretty sure with Tony Perkins that there’s also a racist element of trying to out breed the Black and brown people.

And one for Jeff. 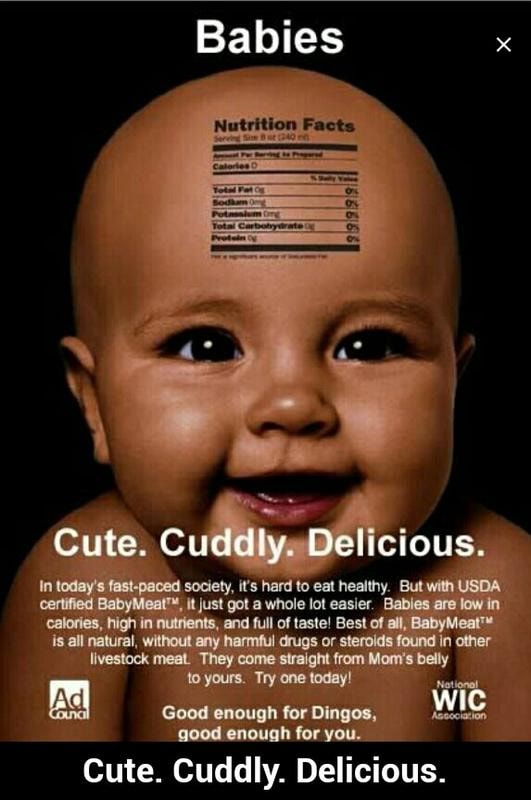 Reminds me that in the 1960’s some African countries had high illiteracy, so food manufacturers put pictures on the labels of their products to show what was in the can. Naturally, consumers were horrified when they saw jars of baby food with the picture of the Gerber baby on the label.

I always thought that Gerber was a little on the fatty side. Alex on the other hand is quite lean and more healthy. 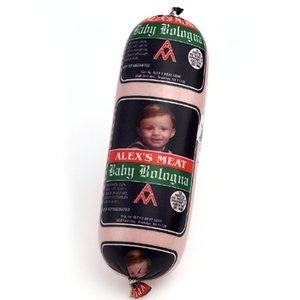 Yeah, getting a rescue child is the responsible way to go. I’d imagine the no-kill shelters are already overflowing with them, and it really gets a lot harder to find them a home after they stop being cute, especially if they haven’t already been housebroken.