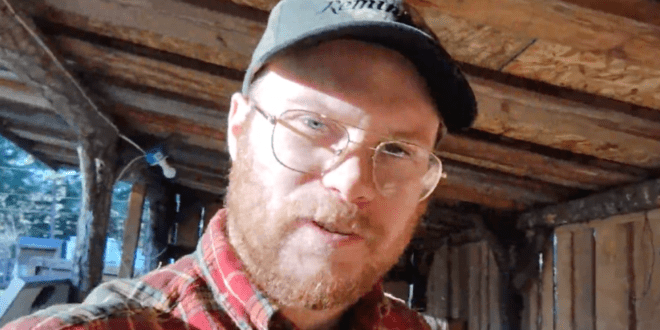 A resident of Oak Harbor was arrested Friday after expressing his desire to kill members of the LGBTQIA+ community on social media, according to the Oak Harbor Police Department and court documents.

Tyler Dinsmoor, 27, was arrested without incident and transported to the Island County Jail. According to court documents, Dinsmoor posted on social media that he “might not make it through this f** month,” and he “was 9mm away from fedposting two f****** at home depot yesterday.”

‘Fedposting’ is Internet slang for anything posted online that shows a premeditated planning of criminal activity. Dinsmoor started focusing on the Anacortes Pride Parade that is scheduled to be held on June 18 and was asking people to “talk me out of it.”

Hemant Mehta reports at Only Sky:

A woman renting a property near Dinsmoor heard him openly express his desire to murder gay people. She noticed the words “Bible Bigot” painted on his truck and heard him shout, “It used to be legal to kill gay people!”

Regardless of context, the woman (who’s lesbian) told her kids not to go outside. She later saw Dinsmoor with a weapon. She also found out from another neighbor that Dinsmoore had pointed a gun at a Black man who was trying to return a fishing pole.

Mehta has screenshots of Dinsmoor’s horrifying Gab posts and notes that he appears to be linked to a “death to gays” church.

Dinsmoor has so far raised over $18,000 on the Christian crowdfunding site GiveSendGo. Here’s his pitch:

Tyler Dinsmoor is a God fearing man, who was arrested on June 17th, 2022 by 7 different law enforcement agencies and is being held on a $1M bail. His crime? Hurting the feelings of a homosexual, and he is being charged with a hate crime because of this. I started this fund for fellow Gabbers and frens to chip in for Tyler’s legal defense. This is a slippery slope we have been dealing with for quite a while now, and it’ll eventually happen to all of us.

A GiveSendGo campaign for Tyler Dinsmoor, the man who was arrested after threatening to kill LGBTQ people at a Pride parade, has raised over $17,000 so far.

"His crime? Hurting the feelings of a homosexual…" https://t.co/kRI9HngScT pic.twitter.com/pzPgRMWnQH

A GiveSendGo campaign for Tyler Dinsmoor, the man who was arrested after threatening to kill LGBTQ people at a Pride parade, has raised over $17,000 so far.

"His crime? Hurting the feelings of a homosexual…" https://t.co/kRI9HngScT pic.twitter.com/pzPgRMWnQH

According to court documents, Dinsmoor shouted, “It used to be legal to kill gay people!” https://t.co/FTIQaM3rnv