These are not fringe candidates anymore, these are the mainstream republican party nominees and candidates for office.   My dogs that love gravy what kind of people vote for these people?   Is this the country you want to live in?   Hugs 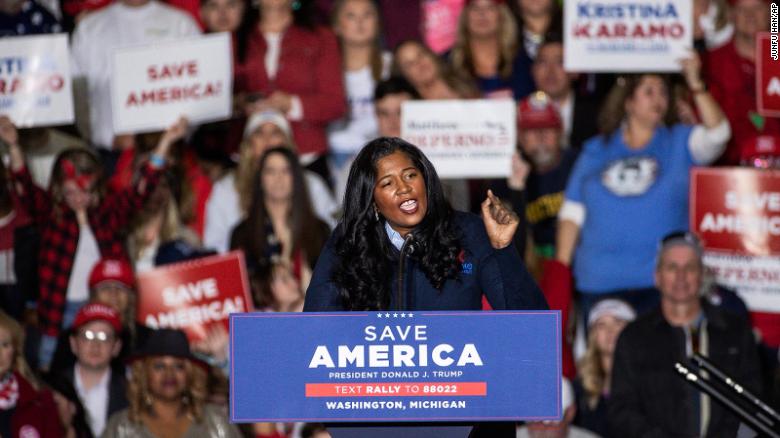 (CNN)Before becoming the Trump-backed Republican nominee for Michigan secretary of state, Kristina Karamo said that abortion is “child sacrifice” and a “satanic practice.”

“Abortion is really nothing new. The child sacrifice is a very satanic practice, and that’s precisely what abortion is. And we need to see it as such,” Karamo, a community college professor, said in an October 2020 episode of her podcast “It’s Solid Food,” which CNN’s KFile reviewed.
“When people in other cultures, when they engage in child sacrifice, they didn’t just sacrifice the child for the sake of bloodshed,” Karamo said later in the episode. “They sacrificed the child cuz they were hoping to get prosperity and that’s precisely why people have abortion now.
‘Because I’m not ready. I don’t wanna have a baby. I don’t feel like it. I don’t have time. I wanna make more money. I want my freedom.’ So you’re sacrificing that child hoping to get something out of their death, which is your freedom, your happiness, your prosperity.”
In another comment, Karamo called abortion the “the greatest crime of our nation’s history.”
Karamo and her campaign did not respond to multiple requests for comment by CNN.
Karamo, a devout conservative Christian who has served on the board of Michigan’s Right to Life organization and on the board of an anti-abortion pregnancy crisis center affiliate in Detroit, reiterated that belief in another episode from July 2020, in which she said humans have sacrificed other humans, including their own children, for “thousands of years, just packaged differently.”
“[People] were sacrificing them to these deities, which were really demons,” she said.
Karamo went on to say in a later episode of her podcast reviewed by CNN’s KFile that demonic possession is real and can be transmitted through “intimate relationships.”
“If a person has demonic possession — I know it’s gonna sound really crazy to me saying that for some people, thinking like what?!” Karamo said in September 2020. “But having intimate relationships with people who are demonically possessed or oppressed — I strongly believe that a person opens themselves up to possession. Demonic possession is real.”
Karamo has repeatedly touted to her followers that left-leaning elites are trying to push their own values, including pro-abortion views, on America. In a video she posted on her website in 2018 that CNN’s KFile accessed and reviewed, Karamo suggested a conspiracy in which left-leaning political operatives who now have business relationships with Netflix — including prominent philanthropist and Democratic donor George Soros, former national security adviser Susan Rice and former President Barack Obama — were taking over the streaming service to push pro-abortion content.
“Is abortion funny to you? I would argue that it is nothing funny about abortion whatsoever, but apparently Netflix found it quite all right to air episode of Michelle Wolf’s show or season,” Karamo said, describing the comedian’s short-lived Netflix show that aired in 2018 in which Wolf addressed having an abortion.
“Why is Netflix putting out a series like this?” she said. “All these people with these interesting political motives, all teaming up to create content for you to consume.”
The political newcomer rose to prominence in Michigan politics after she claimed she had witnessed fraud as a poll challenger during the 2020 election and baselessly claimed widespread voter fraud occurred in the state, signing on to an unsuccessful lawsuit. Karamo’s promotion of election denial and other conspiracy theories earned her Trump’s endorsement last fall. If elected to Michigan’s top election post, she would oversee the 2024 presidential election in which Trump is weighing a run.
Karamo’s embrace of conspiracy theories has also led to her association with QAnon, a conspiracy theory that posits that Trump was working to take down a shadow cabal of Democratic politicians and elites running a child sex-trafficking ring and that one day soon cabal members will face arrests, tribunals and mass executions. Last year she spoke at a QAnon conference in Las Vegas featuring prominent Q influencers.
She previously called for a “citizenship arrest” of Soros and said he “needs to be in jail” and spread the Clinton Kill List conspiracy, a baseless conspiracy theory that alleges former President Bill Clinton and Secretary of State Hillary Clinton have had dozens of people assassinated.
CNN previously reported some of Karamo’s beliefs and rhetoric, including her attacks against premarital sex and the LGBTQ community, such as that it will lead to the “normalization” of pedophilia; her anti-vaxxer comments; and her election denialism. Karamo frequently attacks those she disagrees with as being instruments of Satan or “demonic,” including the Democratic Party and the LGBTQ community.

Karoma, who has headlined at multiple QAnon events, last appeared on JMG when she declared that singers Beyonce, Cardi B, and Ariana Grande are pagan witches and “tools of Lucifer.” Karoma also claims that yoga is a “demonic practice” and that its poses are meant to summon Satan.

Kristina Karamo, GOP nominee for Michigan Secretary of State: "Having intimate relationships with people who are demonically possessed or oppressed — I strongly believe that a person opens themselves up to possession. Demonic possession is real."https://t.co/m0WCMEfzyT pic.twitter.com/a6YdpxYnAm

Republican Secretary of State candidate Kristina Karamo "captured [Trump's] attention after she falsely alleged widespread voter fraud in her state and echoed his baseless claim that the 2020 election was stolen from him." https://t.co/oOzu1yEcNh pic.twitter.com/jKun6M1o5D

I was thinking of trying the Lotus position, but I’m afraid that all I’d summon would be a chiropractor.

If this country had a functioning mental health system (or much of any government not based on selfishness), this lunatic would be confined to an inpatient mental health facility to get the appropriate care (therapy, medication, support). Instead, she’s running for elected office, teaching at the postsecondary level, and people believe her shit.

This country is fucked.

Agreed. It’s astounding the world woke up from the Christian march across the planet as they spilled rivers of blood. Apparently, they’re about to do it again in a new purge of the ‘unclean’. And Dems won’t have a clue it’s about to happen… to them. 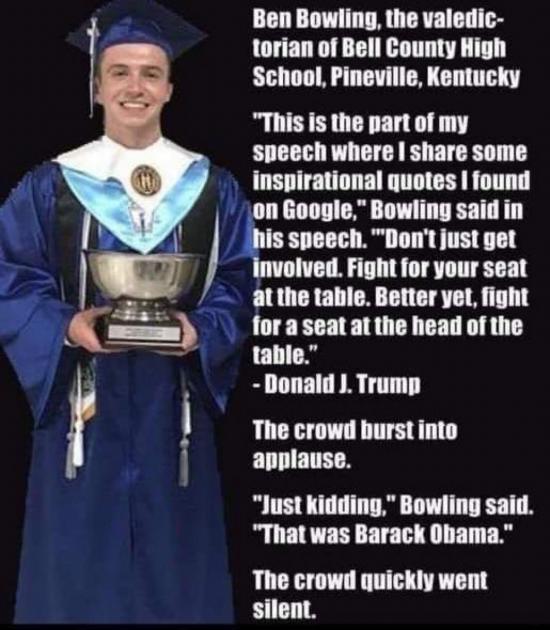 if demoncy is sexually transmitted … who was the first demon to do so?

More GQP nutters! We don’t have the mental health beds to house all of them.

Both yoga and sexual activity summon Lucifer? I’ll get at it right away!

…and you can catch “demonic possession” through sex, but first you have to actually find someone who is demonically possessed? OK then…