The republicans of today have no decency or sense of decorum.   They don’t live in reality, they make stuff up and lie as well as they breath.   They are gang thugs who think winning at any cost is the goal.   If it harms those they don’t like that is a plus benefit for them.   We can not let these people take over the government, we must vote Democrat in the midterm elections no matter what.   We have to have a functioning government for the people, not an oligarchy that uses government to produce their profit at the expense of the public.   Hugs 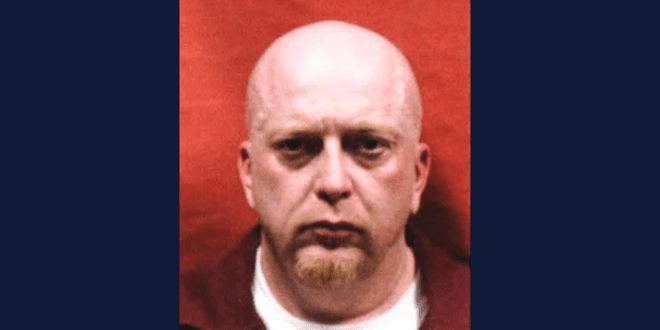 Ryan Dark White, a Republican candidate for the U.S. Senate in Maryland under the name Jon McGreevey, has been arrested and charged with filing a false report after he allegedly told law enforcement an adult bookstore in Edgewood was forcing a young girl to perform sex acts on men, the Harford County Sheriff’s Office said.

The sheriff’s office now says the story was made up. “It is shameful that a candidate for public office would make up such a story and use it to further his own political agenda,” said Harford County Sheriff Jeffrey R. Gahler.

In April, a tipster provided information to detectives with the Harford County Sheriff’s Office that a man and a young girl between, 10-12 years old, entered an adult bookstore in the 3000 block of Pulaski Highway and the child was forced to perform sex acts on male customers, police said.

Sheriff Gahler added, “It is even more appalling that another individual, who is running for a law enforcement position, would embrace such an obviously false narrative in an effort to gain political traction – nothing more.” This swipe is apparently aimed at Andy Kuhl, who is running for Baltimore County sheriff as a Republican.

Kuhl told Law&Crime in an email that in his opinion, this was as political smear campaign against White–whom he called McGreevey–ahead of the upcoming primary.

In a statement, he called him a credible informant, told Law&Crime he showed up to the July 7 interview unannounced on White’s behalf, and accused detectives of strange behavior, such as messages about there being good news in the case. He told Law&Crime on the phone that he did not respond to those messages.

White/McGreevey reportedly told police that he was working at the bookstore as part of an undercover drug sting. That’s him with Kuhl in the video below.

A Republican candidate for the U.S. Senate in Maryland has charged with filing a false report after he allegedly told law enforcement an adult bookstore in Edgewood was trafficking children.

Police say the story was made up. https://t.co/PKvBSfoeMi

“It is shameful that a candidate for public office would make up such a story and use it to further his own political agenda,” said Harford County Sheriff Jeffrey R. Gahler.

Welcome to the New Republican Party.

It’s not new, just the hoods are off

Making up stories to further their political agenda is all the Republicon party has. It’s their brand. This scumbag is just aligning himself with the party’s core values.

Soooo, he was caught at the bookstore and made up this crazy story to make himself look like a kristjun?

“White/McGreevey reportedly told police that he was working at the bookstore as part of an undercover drug sting.”

Cops and politicians are always hassling that bookstore. (Or so I’ve been told)

It is okay for Republicans to go around with two names, the one they have on official records and one they chose for themselves, a nickname or whatever they’re more comfortable using.

A trans person choosing a name for themselves?
Oh, no that can’t be allowed. It would be “confusing”. It goes against someone else’s religious beliefs. I’ve even seen it said that trans people changing their names snarls up the legal system, somehow making it impossible to conduct a complete criminal background check if or when necessary to do so..