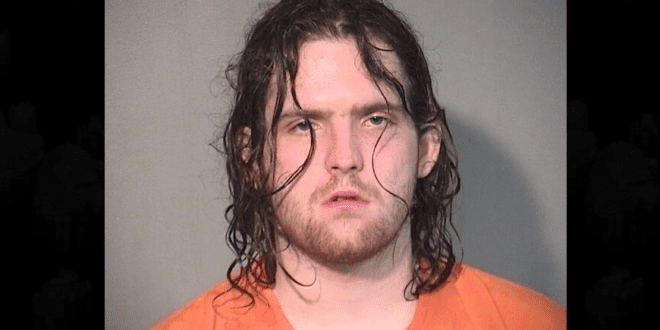 A man has been arrested after UpRising Bakery was vandalized and its family-friendly drag show, set for Saturday, was canceled, Lake in the Hills police said.

A the northwest suburban bakery’s owner said she canceled the event after someone broke the business’ windows and spray-painted slurs on its walls overnight Saturday. An Algonquin police sergeant saw the suspect flee on foot, authorities said. Joseph I. Collins, 24, was taken into custody at about 12:05 a.m.

Collins’ bond was set at $10,000 and he remains in custody, police said. The bakery had been experiencing a flurry of online and in-person backlash against the business hosting it. Since announcing the drag show for all ages, UpRising Bakery and Cafe owner Corinna Sac said she received numerous threats.

In addition to the groups named below, I’m betting @LibsOfTikTok had a hand in this.

The Drag Brunch at Night at Uprising had been cancelled. The bakery was broken into and vandalized last night. Maybe Awake IL or Proud Boys have some information since they were protesting the event. @FBIChicago pic.twitter.com/ChbLt93V8s

Shannon is using her Moms for Liberty account to suggest that Antifa is behind the attack on Uprising Bakery. Her M4L account also does not deny being part of the threats. pic.twitter.com/BCUoH6mBm3

The suspect, Joseph I. Collins, 24, was charged with hate crime and criminal damage to property, according to police.https://t.co/7XeWgUIDIS

Another video from inside the Bakery. pic.twitter.com/87dAMMjeml

An Alsip man has been charged with a hate crime for allegedly vandalizing UpRising Bakery and Cafe in Lake in the Hills, causing the owner to cancel a controversial drag show that was planned Saturday evening. https://t.co/ugRjHwNmoL

Let me go out on a limb here and say I bet he is a trumpanzee and member of some fringe white supremacy group.

All lgbt and lgbt-friendly businesses need to install cams. They aren’t that expensive any more, and these kinds of attacks are going to become more and more common.

Well right now all we can to to affect change is vote, after voting fails let’s see.

Psst, hey MAGAt, you’re a bigger threat to those kids than a bunch of drag queens

Psst, hey MAGAt, you’re a bigger threat to those kids than a bunch of drag queens

Spraying “groomers” on the wall suggests he doesn’t know the difference between a bakery and a church.