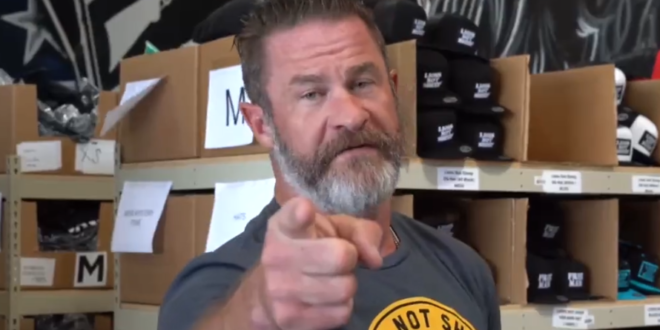 Lions Not Sheep is a Utah-based clothing company launched in 2016 that makes stridently pro-America, pro-gun, pro-Trump shirts, hats and apparel.

Every order comes with a free copy of the U.S. Constitution because they love America. So much so, in fact, that they had made a big deal about all their clothing being manufactured right here in the U.S. of A. That is, they used to.

Last week, the owner of “Lions Not Sheep” agreed to pay a $211,335 fine to the FTC after the agency accused the company of cutting the labels that said “Made in China” or other countries out of their clothes and stamping them “Made in USA”.

The "Lions Not Sheep" apparel company was fined more than $200,000 for cutting labels that said items were made in China and stamping them "Made in USA." https://t.co/Lvlu8HtoW2

ONE more day before the premint of these babies go live for 48 hours! pic.twitter.com/hCzFt3h97Z

5 thoughts on “Feds Fine Pro-Trump Apparel Company $211,000 For Replacing “Made In China” Labels With “Made In USA””