The republicans cannot win on their policies, and they are a minority in the US so they must cheat.   By using these maps, they will get 5 to 7 seats they shouldn’t have in congress.    Hugs 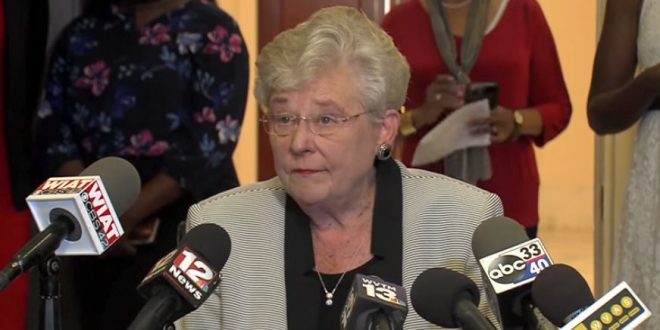 Since January, judges in Alabama, Georgia, Louisiana and Ohio have found that Republican legislators illegally drew those states’ congressional maps along racial or partisan lines, or that a trial very likely would conclude that they did.

But a shift in election law philosophy at the Supreme Court, combined with a new aggressiveness among Republicans who drew the maps, has upended that model for the elections in November. This time, all four states are using the rejected maps, and questions about their legality for future elections will be hashed out in court later.

David Wasserman, who follows congressional redistricting for the Cook Political Report, said that using rejected maps in the four states, which make up nearly 10 percent of the seats in the House, was likely to hand Republicans five to seven House seats that they otherwise would not have won.

Judges in Alabama, Georgia, Louisiana and Ohio have found that Republicans illegally drew congressional maps along racial or partisan lines, or that a trial very likely would conclude that they did.

All four states are using the rejected maps anyway.https://t.co/rBo5AQPT5a

David in Palm Springs • 2 hours ago

So Republicans are morally and ethically bankrupt scumbags. How shocking. 😐

lattebud David in Palm Springs • an hour ago

But they wear a cross around their neck, say “thoughts and prayers” and go to church…. So all is cool /s

Just a preview of how much the far-right fascists are willing to cheat in order to overthrow democracy.

It’s a crime syndicate. A bona fide crime syndicate. Anyone’s guess what they’re going to do in November. Voter intimidation at the polls, at a minimum. I hope the Democrats are planning to monitor every single voting place around the country.

That 01/06 commission better be getting their collective shit in order now. If the house goes back to repubs the revenge is going to be awful on them and they going to wish they had moved with a little more urgency

Yup. This is why I won’t stand for people claiming garland is dotting is and crossing Ts

If the Congress flips red it’s all over. Tough break real Americans. Welcome to the Nazi States of Gilead

Anyone who wondered how Apartheid worked for so long, I give you example USA

35% of the country will rule over the rest of us

It’s clear how the SCOTUS will vote next spring in the NC. They are eager and ready to make this a Republican apartheid state to cling to power. The fact that these maps are being allowed demonstrate that. It also means that there’s no way to get relief. They’d simply say it would be too chaotic to do an entire round of elections under fair maps

The “too chaotic” line is named the “Purcell principle” – no last minute changes. But the same SCOTUS who trots that out also brings up an unnamed argument about fairness to the voters when it’s an illegal Democratic Party gerrymander or advantage that they are striking down. They are perfectly consistent about having an overt and political double standard.

I’m just imaging how this would look for, say, a college student. They get an assignment (redistricting), then deliberately put it off until the last moment, possibly even getting an extension, then submit their work that they know doesn’t meet the rules.

They’re told that graduation is coming soon and they must submit the assignment properly, and they do it again.. and again wrong. They try whining to the department head, who also says “no, you did it wrong, submit a proper result”.

And then, they say “well, I’ll just graduate anyway, and we can figure out that pesky assignment thing later, after I’m working.”

And then they.. just get away with it.