Please notice these 3 paragraphs which say;

While Greene and other like-minded conservatives argue that gender-affirming care is unnecessary and “disgusting,” the mainstream medical establishment largely considers it to be the only effective way of treating transgender people, sometimes including children, and has opposed legislative efforts to block treatment.

“The AMA opposes the dangerous intrusion of government into the practice of medicine and the criminalization of health care decision-making,” Dr. Michael Suk, an AMA board member, said last year in a statement opposing anti-transgender laws. “Gender-affirming care is medically-necessary, evidence-based care that improves the physical and mental health of transgender and gender-diverse people.”

Dr. Moira Szilagyi, the president of the AAP, the country’s largest association of pediatricians, wrote last week in a blog post that there was a “strong consensus among the most prominent medical organizations worldwide that evidence-based, gender-affirming care for transgender children and adolescents is medically necessary and appropriate.”

Also please note that the anti-trans bigots trying to legislate fringe medical treatment against the best practice treatments are the same people who pushed a parasite paste Ivermectin to treat Covid which is a virus.   These same people also rejected the best practices for Covid like taking the vaccine which they have lied about constantly, were against mask wearing, and keeping your distance during a pandemic.   They were loud and proud and pushed their myths and lies about that on everyone also.  They are turning people against vaccines like the money pox and polio vaccines.  These maga right wing thugs do not believe in letting others have freedom and doing what is best for them, they want complete control over your body, your sex life, your personal expressions, how you dress, and what medicine you take.   Small government party?   If these people are making sense to you, you may want to check your sources and rethink your ideas.    Hugs

Greene announced the bill during a Thursday appearance on Fox News‘ Tucker Carlson Tonight. The Georgia Republican argued that gender-affirming care—which is backed by most in the medical establishment, including by major mainstream organizations like the American Medical Association (AMA) and the American Academy of Pediatrics (AAP)—is “disgusting and appalling” and “child abuse” when minors are involved.

“This needs to be illegal and I’m introducing a bill called Protect Children’s Innocence Act,” she added. “It would create a law that would cause it to be a class C felony for any person involved in so-called gender-affirming care… anything involving any youth under the age of 18.”

Carlson enthusiastically agreed with Greene’s proposal, arguing that doctors who provide the care should “go to prison” and that he expects every Republican to vote for the bill.

“I should have every single Republican co-sponsor [the bill],” said Greene. “But unfortunately I don’t yet, I only have five co-sponsors. I’m talking to all of my colleagues and urging them, because Tucker let me tell you something, this is a referendum on the Republican Party.”

“Because this practice has to end,” she continued. “It’s the kind of thing nightmares are made of. And these are monsters under kids that that are doing these horrific things to them.”

Carlson thanked Greene, while agreeing that gender-affirming care for children was “mutilation.” He urged the congresswoman to send his show “a list of every Republican [that] is too cowardly” to support the bill.

Greene’s bill would also block federal funding for any gender-affirming care, ban colleges from teaching gender-affirming treatments and prevent any foreign nationals who provide the care from entering the country.

Reaction to the proposal was mixed online, with some accusing Greene of promoting child abuse by attempting to make gender-affirming treatment for transgender minors illegal.

“Your legislation will abuse transgender children,” writer David Weissman tweeted. “Again the Republican Party of today is not about limited government.”

“And who will protect children from your virulent ignorance and hate?” tweeted actor and director Charlie Adler.

“This is terrifying,” transgender activist Erin Reed tweeted. “Not only does Marjorie Taylor Green’s bill medically detransition all trans teens and ban providers from the US… It prevents schools from ‘teaching gender affirming care.’ Presumably she’s referring to therapists and medical schools. This is genocide.”

Others praised Greene for her making the proposal and appearing with Carlson on Thursday.

“Rep. Marjorie Taylor Greene (@RepMTG) nailed it tonight on Tucker,” tweeted Ryan Fourier, the founder of the group Students for Trump. “The sexual mutilation of children in this country is a rising problem and should concern every parent. God Bless you, Congresswoman for being a leader in this fight!”

The sexual mutilation of children in this country is a rising problem and should concern every parent.

God Bless you, Congresswoman for being a leader in this fight! 🇺🇸

Greene’s announcement came amid a national push from conservatives targeting transgender children and health care providers who treat them, with Republican-backed bills to block treatment for minors having already been introduced in multiple states.

Some Republican efforts have also included moves to limit or delay gender-affirming treatment for all adults, or to ban any care for young adults by changing the definition of “adult” to not include transgender people until they are over 25 years old.

Conservative anger over gender-affirming medical care—which has existed in some form for at least 100 years—may also be tied to recent harassment and death threats sent to health care providers.

Staff at Boston Children’s Hospital received harassment and threats this week after the right-wing social media account Libs of TikTok and others spread misinformation about its gender health program online.

While Greene and other like-minded conservatives argue that gender-affirming care is unnecessary and “disgusting,” the mainstream medical establishment largely considers it to be the only effective way of treating transgender people, sometimes including children, and has opposed legislative efforts to block treatment.

“The AMA opposes the dangerous intrusion of government into the practice of medicine and the criminalization of health care decision-making,” Dr. Michael Suk, an AMA board member, said last year in a statement opposing anti-transgender laws. “Gender-affirming care is medically-necessary, evidence-based care that improves the physical and mental health of transgender and gender-diverse people.”

Dr. Moira Szilagyi, the president of the AAP, the country’s largest association of pediatricians, wrote last week in a blog post that there was a “strong consensus among the most prominent medical organizations worldwide that evidence-based, gender-affirming care for transgender children and adolescents is medically necessary and appropriate.”

“There is a dangerous movement taking place, led by extremists, targeting youth who are receiving gender-affirming care, and vilifying the pediatricians providing their care,” Szilagyi wrote. “The result has been rampant disinformation about what this care is and real threats of violence against some of our members.”

“The people who suffer the most from this discrimination are of course the children and teens just trying to live their lives as their true selves,” she added. “Pediatricians will not stay silent as these lies are waged against our patients and our peers.”

The LGBT advocacy organization GLAAD also weighed in on Greene’s proposal in a statement obtained by Newsweek.

“Marjorie Taylor Greene has zero interest in facts, she is only interested in harming transgender youth and spreading misinformation about the care that they receive, including lying about surgeries that are not performed on minors.,” said GLAAD. “Every medical association supports gender-affirming care as safe and necessary, including the American Academy of Pediatrics, which reaffirmed their commitment to this life-saving healthcare just last week.

“Her latest vile attack should be met with loud condemnation from members of Congress, who should be protecting transgender people from baseless fearmongering and rapidly increasing anti-trans rhetoric, along with the discrimination and violence they face every day,” the group added.

Newsweek reached out to the World Professional Association for Transgender Health for comment.

As if we needed more proof that MTG is a gibbering, moronic idiot. Gender affirming care for minors doesn’t involve surgery until the person in question is of legal age to undergo such surgery in they country they reside in. Mostly it involves using a chosen name and pronouns, allowing the minor to decide what clothes to wear, and their hairstyle. In order etc allow the minor more time to decide on their path, they may be put on puberty blockers, which are fully reversible. All of this information is easily accessible online, but MTG is too stupid and arrogant to look up the facts.

It’s not about facts, it’s about creating hate, and channeling that hate into votes. We’re an easy target.

Yep. It’s all about the hate, and finding someone weaker to pick on.

Circumcising baby males is genital mutilation. They scream bloody murder when they do it to muslim women but not a peep when christians do it to their newborns. Fuck this hag. May she and tucker experience the rest of their lives in nothing but pain and agony of the worst sort ever imagined and then die and burn in their creators hell

I have a friend from Romania whose parents took him for a circumcision … when was 12.

No anesthesia was provided …

In the civilized world, we call that “torture.”

Ref- chabad.org –
When Abraham was 99 years old, G‑d appeared to him and instructed him to circumcise himself and all the male members of his household,

They think this crap will stop Transgendered or Gay people from existing. Fucking idiots!

In the 80s Minneapolis officials thought bulldozing all the gay bars would make the gays go away.

This bill she is pushing would make it a FELONY to offer, conduct or facilitate any medical care for gender affirming treatments period. She wants to make doctors and parents criminals for having compassion and trying to help young people who are struggling with gender identity issues.

The show is more important than whether or not the bill passes. The hypocritical whore will then send out fundraiser messages “Give me money. Behold, I fight for Christian family values.”

Getting the bill passed is probably not the actual goal. It’s the fund raising and media attention.

They thought a man, who broke every one of the 10 commandments fought for Christian values, so why not?

She looks like a man in a dress to me.

There, I’ve said it. I wish no offense to my trans brothers and sisters.

I think it’s mostly because she’s a longtime Crossfit practitioner. The women in Crossfit have a certain look that isn’t to everyone’s taste. But in MTG’s case, it’s compounded by her somewhat neanderthal-looking facial features and all the batshit that comes out of her mouth. 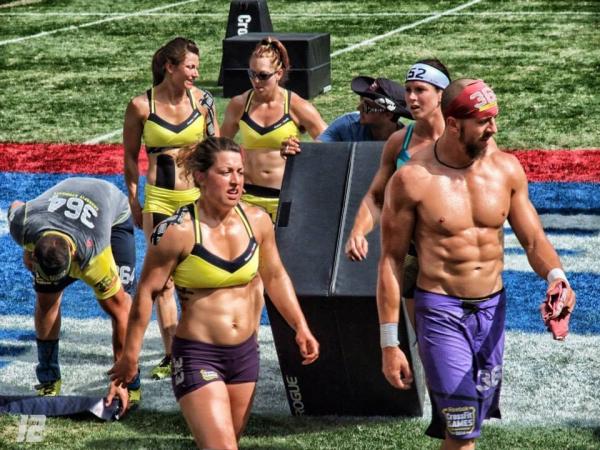 But it *is* ironic that she would be attacking transgender people when she herself looks so much like a man in women’s clothing.