When they tell you who they are believe them the first time!   We need to understand how anti-democracy these republicans are.  We need to understand how badly they crave the power to rule over everyone to force their Christian doctrine on to the public at large.   We must defeat them at all costs if we want to have civil rights, a secular society, and a democracy of the people for the people.   Hugs 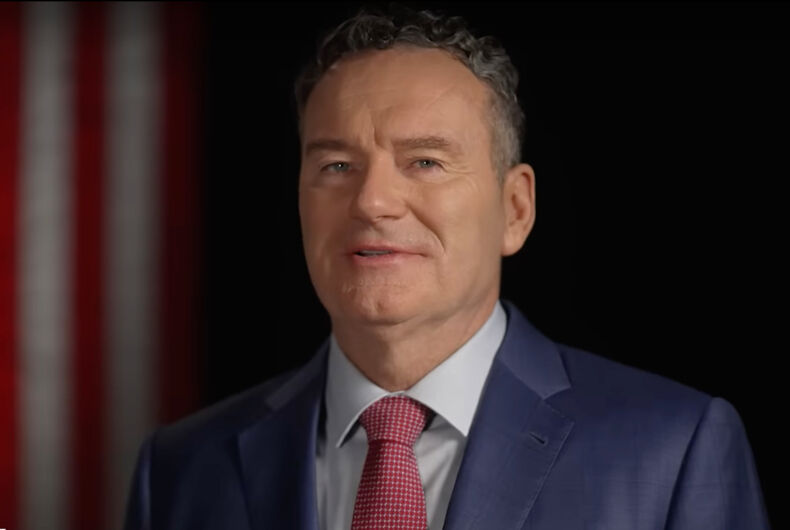 Tim Michels, the Republican candidate running for Wisconsin governor, donated $250,000 in 2020 to groups opposing abortion and all forms of contraception, and to anti-LGBTQ churches. The donations, made along with Michels’s wife Barbara through their foundation, The Timothy and Barbara Michels Family Foundation, represent 15 percent of the candidate’s total donations in 2020, according to a report by The Milwaukee Journal Sentinel.

Along with donations totaling $175,000 to radical anti-abortion organizations in Wisconsin and New York, the Michels gave $10,000 to Miami’s Christ Fellowship, whose parishioners include former Republican presidential candidate Marco Rubio. Christ Fellowship’s pastor, Omar Giritli, delivered an anti-transgender sermon in May, in which he attacked Caitlyn Jenner and preached that God believes transgender people are an “abomination” and a “rebellion to their creator.” A 2015 Huffington Post report detailed the church’s consistent anti-LGBTQ message.

Spring Creek Church in Pewaukee, Wisconsin also received a $50,000 donation from the couple. The church’s pastor, Chip Bernhard, has reportedly suggested that allowing transgender children to use bathrooms that correspond to their gender identity is “awful.”

“While the media is desperate to find lines of attack, their generosity helps support causes they believe in and funds cancer research and other Christian causes,” Michels’s campaign spokesperson Anna Kelly told The Milwaukee Journal Sentinel.

Michels, meanwhile, has tried to downplay social issues on the campaign trail. “The people who feel the Democratic party has left them for social issues, you are now going to have a governor that’s going to stand up for the hard-working, tax-paying, law-abiding citizens of Wisconsin,” he said early last month after winning the Republican primary.

“Tim Michels will stop at nothing to push his radical agenda in order to limit the rights of LGBTQ Wisconsinites and those seeking an abortion,” Democratic Party spokesperson Hannah Menchhoff said. “If elected, Tim Michels will implement radical policies that are out of touch with the majority of Wisconsinites.”