This is what the theocratic right wing religious republicans want for the US.   They have already passed laws that say this for schools, but instead of death is loss of job and large sums of money.   However I have posted enough hate preachers that want gay people stoned to death and the laws of the country to match the moral precepts of their holy book written with the understandings of humans 2,500 years ago.    Hugs 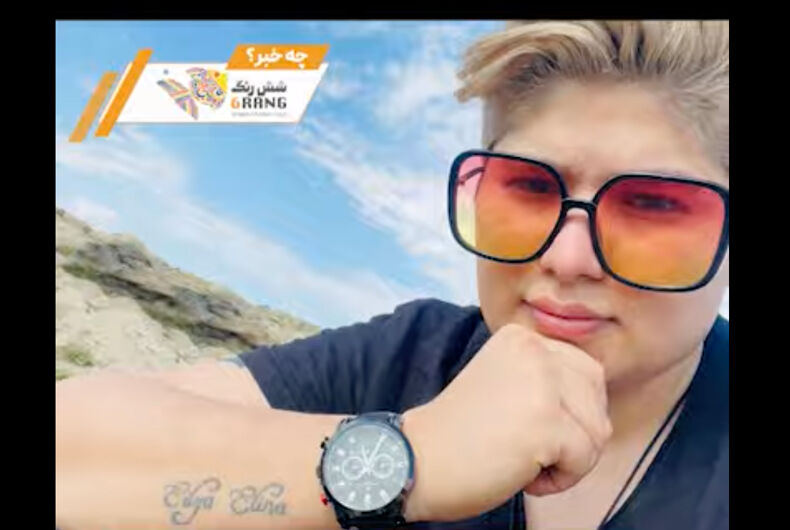 According to the Hengaw Human Rights Organization, which reports on human rights violations in the Kurdistan region, 31-year-old Zahra Sediqi Hamedani and 24-year-old Elham Chubdar, were accused by the Urmia Public Prosecutor’s Office in January of “Corruption on Earth” through “promoting homosexuality,” “promoting Christianity,” and “communicating with the media opposing the Islamic Republic.”

Hamdani, who goes by “Sareh” and is a member of the LGBTQ community, was arrested in October 2021 by intelligence forces from Iran’s Islamic Revolutionary Guard Corp while attempting to flee to Turkey. “I am journeying toward freedom now,” she said in a video recorded before she tried to leave Iran. “If I don’t make it, I will have given my life for this cause.”

Hamdani was held in solitary confinement for two months at the intelligence detention center of the IRGC in Urmia before being transferred to the women’s ward of the Urmia Central Prison.

Both women have been informed of their sentences. According to Gay Times, Iran’s judiciary claims Hamdani and Chubdar were charged with “human trafficking offenses.”

Following Hamdani’s arrest and imprisonment, Amnesty Iran tweeted that “The criminalization of LGBTI people perpetuates violence & discrimination against them.”

The organization also renewed its call on Iran to decriminalize same-sex sexual conduct, release all those detained on the basis of their identity or for defending LGBTQ rights, and adopt legislation to respect and protect the human rights of LGBTQ people.

We renew our calls on Iran's authorities to decriminalize same-sex sexual conduct; immediately release all those detained on the basis of their identity or for defending LGBTI rights; and adopt legislation to respect and protect the human rights of LGBTI people. pic.twitter.com/otkxsBIhe8