Again the moral police anti-trans US Christian Taliban managed to shut down the web site of a hospital providing legal medical best practice trans affirming care.    That is what all the major medical groups support.   Here is some of the medical organizations that support trans affirming treatment.

Look over the list again.   These anti-trans haters like Matt Walsh claim to know more than all these medical providers.   Based on their religious beliefs I guess.   These gang of thug maga right wing win bigots are doing the dirty work so that the red state governor can pretend there is a problem, but these haters are making the problem.   It is like they flood a bathroom by stopping up the drains and then stage an investigation into the plumbers’ organizations claiming that they are why the bathroom flooded.  How long is the US going to be ruled by a small minority of thugs, gangs using threats of violence, lies, and misinformation to force the rest of the public to follow their religious views of sexuality / gender.  They want to erase all the social gains of the last 60 years.   They want the women to return to being subservient to men and the LGBTQ+ to go away / not to exist.   Hugs 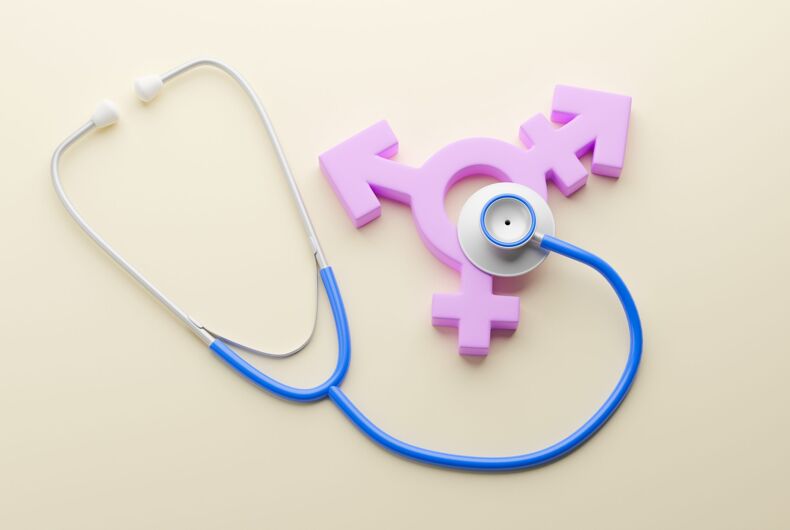 In a Twitter thread on Tuesday, Walsh claimed that based on the results of an investigation by him and his team, the staff at VUMC’s Transgender Health Clinic “now castrate, sterilize, and mutilate minors as well as adults, while apparently taking steps to hide this activity from the public view.”

“The ‘pediatric transgender clinic’ at Vanderbilt University Medical Center raises serious moral, ethical and legal concerns,” Lee said. “We should not allow permanent, life-altering decisions that hurt children or policies that suppress religious liberties, all for the purpose of financial gain. We have to protect Tennessee children, and this warrants a thorough investigation.”

VUMC has since shut down the website for the Transgender Health Clinic and has released a statement defending the work they do for the trans community. The statement opens by saying the video footage and social media posts Walsh used to accuse the hospital of using trans people to make money “misrepresent facts.”

“VUMC began its Transgender Health Clinic because transgender individuals are a high-risk population for mental and physical health issues and have been consistently underserved by the U.S. health system,” the statement says.

“We have been and will continue to be committed to providing family-centered care to all adolescents in compliance with state law and in line with professional practice standards and guidance established by medical specialty societies.”

The hospital emphasized that parental consent is required to treat all trans minors and that employees may decline to participate “in care they find morally objectionable.”

“The Trans Buddy program mentioned in the video has received national acclaim,” it continued. “Its purpose is to provide peer volunteers who support persons who are seeking highly personal care in an unfamiliar environment, and who may have been refused medical services in the past or avoided seeking them out of fear of being met with hostility.”

Anti-trans conservatives continue to put hospitals (and the children they treat) at risk by spreading lies about gender-affirming health care.

The Boston Children’s Hospital was recently forced to evacuate after an anonymous bomb threat was called in following a weeks-long harassment campaign from anti-LGBTQ groups.

After far-right Libs of TikTok founder Chaya Raichik falsely claimed the hospital was conducting gender-affirming surgery on children as young as two or three years old, physicians received so many death threats, harassing calls, and emails that the hospital had to hire extra security and give doctors new guidance on responding to threats.

Around the same time, Children’s National Hospital in Washington D.C. was targeted with bomb and death threats after the far-right anti-LGBTQ Twitter account Libs of TikTok falsely claimed that the hospital was performing hysterectomies (the removal of the uterus, cervix, fallopian tubes, and sometimes ovaries) on transgender children.

Instead, puberty blockers are used in the treatment of transgender youth to hold off the permanent changes of puberty so that young people have more time to understand their gender identities better.