Another unfounded right wing hater talking point bites the dust, shown to be wrong by studying the facts.   But despite being informed of this and the prior studies that showed they were wrong the anti-trans people will keep repeating the misinformation to mislead people and create mistrust of affirmative trans gender care.    Hugs 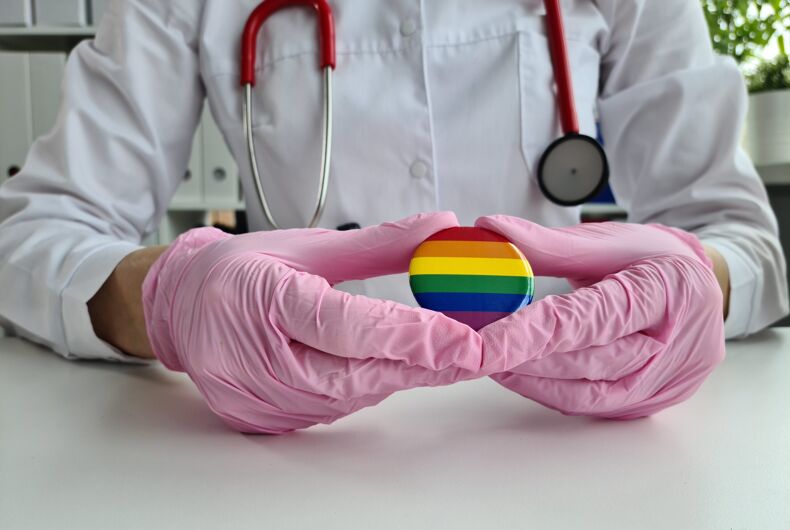 An overwhelming majority of trans people who began gender-affirming medical treatments as teenagers continue those treatments as young adults, a new study out of the Netherlands has found.

A common Republican justification for their anti-trans agenda is that kids who are provided with gender-affirming care will regret it as adults, but the study – conducted by Amsterdam UMC hospital’s gender identity clinic – found that a whopping 98% of the 720 patients observed continued their treatments.

The authors wrote that to their knowledge, the study was the first of its kind to examine a large group of trans people to find out whether the majority continue with gender-affirming hormone replacement therapy after starting their treatment with puberty blockers.

“The key message is that the majority of people, who went through a thorough diagnostic evaluation prior to starting treatment, continued gender-affirming hormones at follow-up,” Dr. Marianne van der Loos, one of the authors of the study, told The Daily Beast. “This is reassuring regarding the recent increased public concern about regret of transition.”

Dr. Jack Turban, who researches the mental health of trans youth at the University of Southern California San Francisco, added that the study’s results are congruent with other research that has found gender-affirming treatments for youth – like puberty blockers – to be beneficial.

Turban also emphasized – as did those who conducted the Netherlands study – that anyone who undergoes gender-affirming treatments must first undergo comprehensive assessments before beginning. Doing so often lowers the likelihood that patients who do begin treatments ever regret it.

“I hope that studies such as these, and other past studies that had similar findings, will make their way to policymakers’ desks so we can have evidence-based public policy that promotes the health and wellbeing of young people.”

“I worry that the recent political misinformation about trans youth, their medical care, and the reality of their lives, is creating psychological harm to these young people. I suspect the mental health impacts of these media and political environments will be studied by psychiatric epidemiologists in future years, and I worry what the results will show in terms of the negative impact these conversations have had on public mental health.”

The data from the Netherlands study also did not examine whether the two percent of patients who stopped treatments did so because of regret. According to the authors, it could be that they stopped due to anything from the financial burdens of treatment to being satisfied with the state of their transition.