Right after I shared one of the things Randy sent me, I got a frantic call from a friend in the park.   He needed help sending pictures to FEMA from the computer.   This is the only complaint I have with FEMA over the response to Ian, everything is over the computer and we live in an area of a lot of older people and people not computer savvy.   So I have let it be know I will help those having issues I will help.    I invited them over and took care of the issue.  But then we visited for a while.   The point is that there are a lot of people who cannot do all the things they need to take care of online.   I understand their frustration because I cannot do business over the phone.  I can hardly book appointments and other simple things.   I am just getting to the point at 59 years old I can talk to friends on the phone.    I have explained the reason before.   When I was a kid the phone was off limits to me.  While the hell spawn could have phones in their rooms and would race to answer the wall phone, I was forbidden to touch it.   One time when it rang, I simply lifted the receiver and handed it to someone else, I got reminded physically and verbally that I did not touch the phone.   Painfully reminded, the bruises stayed with me for a while to remind me, I did not touch the home phones.     Anyway enjoy the posts.   Hugs

Another US election, another "Land doesn't vote, people do" style map showing the election results. pic.twitter.com/XmMTSUKJof

not telling anyone if I win the lottery but there will be signs, pic.twitter.com/hCOAEsByYo

These are from Liberals Are Cool at https://liberalsarecool.com/

When you’re the last to know.

Empathy has stages of development. The higher you achieve, the more empathetic you become.

Some people have never developed past the first stage and are stuck in emotional infancy.

Conservative SCOTUS justices see impartiality as a joke. They will attend the most biased legal social events to affirm their solidarity.

All their legal decisions reflect their loyalty.

If your issue is nepotism, then stay on issue. The GQP/MAGA hypocrisy is so stale at this point.

Trump kids abused their jobs in the White House. They abused FBI security clearances. They abused taxpayers for trips.

Apartheid capitalist to his core.

Barack Obama reflected Thursday on what he could do when running for the U.S. Senate in Illinois in the early 2000s that he most likely couldn’t do now — because of Fox News and social media.

In an interview with “The Daily Show,” the former president recalled campaigning in rural, mainly conservative areas and still connecting with voters on a personal level, even though they were skeptical of his progressive ideas.

“There wasn’t the filter that has been created by Fox News or the media infrastructure, the right-wing conspiracy theory folks, and so they came at me with an open mind,” he told host Trevor Noah.

“I could listen to them and they could listen to me and at the end of the day, they might say, ‘Well he’s a little liberal for our taste, but we have something in common,’ ― like the love they have for their children,” Obama continued. “There was some sense of connection.”

“I think the filter now has become so thick,” he said. “It started with Fox News and some of the other traditional media, and now with social media that’s gotten turbocharged. If you go into those same communities now, they have so many preconceptions about what somebody like me believes, cares about, etc., that it’s very hard to penetrate.”

FOX killed our familial and neighborly dialog because conservatives do not want to defend their ‘values’.

Did Elmo get an Einstein Visa with Melania?

The Imposter Syndrome poster boy is heading for a massive reckoning. Judgment will be brutal.

But that’s what impulsive abusers do. Taking down Twitter was a gift to the world’s worst authoritarians. Dots connected.

Russian spies look after each other.

Rand Paul works for Putin. His voting record is always pro-Russia. He hand-delivered a letter to Putin. No surprise his family has been groomed, as well, to serve our enemies in Russia.

Naming your kid after soulless Russian Ayn Rand was no mistake for Ron Paul. 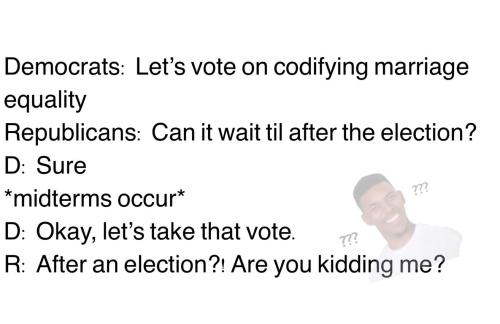 One thought on “Some things I want to share”