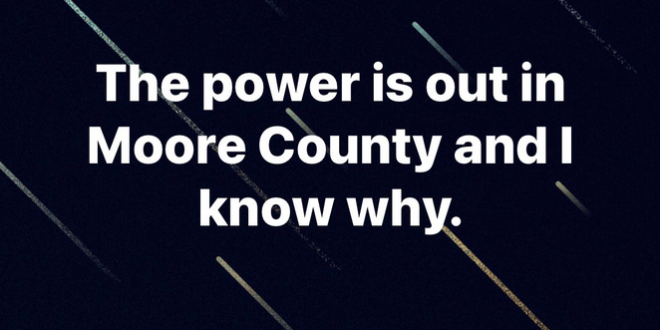 Acts of intentional vandalism caused ten of thousands of people in Moore County to sleep Saturday night without power. Moore County Sheriff’s Office said the outages began just after 7 p.m. because of damaged caused at multiple substations in the county. Sheriff Ronnie Fields said the mass outage is currently believed to have been caused by a criminal act. Approximately 38,000 people lost power and were forced to deal with the overnight freezing temperatures.

Sewer lift stations were also out of order and authorities advised residents to stay off the roads. “There are multiple accidents that have occurred,” Southern Pines administration said in a statement. While typical outages in North Carolina are often resolved within an hour so, the late-night blackout for much of Moore County appeared to new territory for Duke Energy and for law enforcement. “Until we understand the scope of the damage, we can’t yet estimate when power will be restored.”

A local conservative activist who organized a protest against a drag show said on Facebook that she was visited by deputies. “I welcomed them to my home. Sorry they wasted their time,” Emily Grace Rainey wrote. Two hours earlier, Rainey had posted the message: “The power is out in Moore County and I know why.” And around the same time, she posted a picture of the Sunrise Theater, which was putting on the sold-out drag show, with the caption “God will not be mocked.”

The fact that the timing of this coincided with a drag show that was being targeted by anti-LGBTQ bigots is of course worth looking at, especially in light of the comments one of the bigots made on social media. But there's still so much we don't know.

Here’s Rainey’s update on being visited by the Moore County Sheriff’s Office after her post referencing the attack. pic.twitter.com/eoqrBYMfDp

I’m worried for residents of Moore County who rely on life-sustaining medical equipment and just had the power go out. This attack has immediately put lives in danger, to say nothing of the campaign of terror being waged against LGBTQ people.

"Emily Rainey is a Fort Bragg-based U.S. Army captain who is being investigated after she was seen at the pro-Trump U.S. Capitol rally ahead of a siege of the building." https://t.co/DSHiAPjeAn

Sheriffs reporting power stations in Moore County, NC were shot-up, causing thousands to lose power. Far-Right activist Emily Rainey, who took part in J6, posted on social media, "I know why," tagged a theater that was to host a drag show + said she'd been visited by police. pic.twitter.com/yudzzA8yMy

This is domestic terrorism. This bitch is dangerous. She is Military Intelligence. They are dirty players. She might need to disappear into prison.

While this pig high-fived a Proud Boy and said he supported their right to protest, this wasn’t a protest, it was domestic terrorism – using violence or threats of violence to achieve a political goal.

Let a Columbus police officer explain in his own words. pic.twitter.com/RZFHv1tS24

Correct. They teach them how to disrupt communications, power, and water infrastructure in the military. A review of her records will likely reveal that she has been thru this schooling. She can’t be to smart having shot off her cock socket like this so they will have a very hard look at her over the next weeks.
Edit: Had a look at some videos and pictures and if they attacked the transformer that is millions of dollars to repair or replace. It appears from the size to be at least a 25 megawatt unit. They don’t keep those laying around in the yard as backup! Allot of these stations also have video cameras stationed facing out and in so they likely have some video. 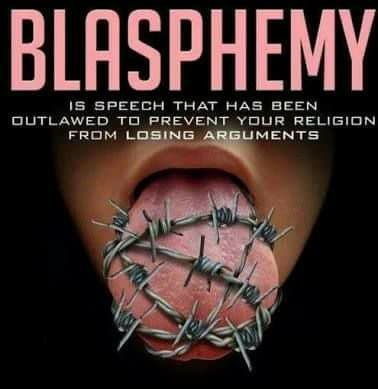 One thought on “Anti-Drag Activist Questioned Over NC Power Outage”