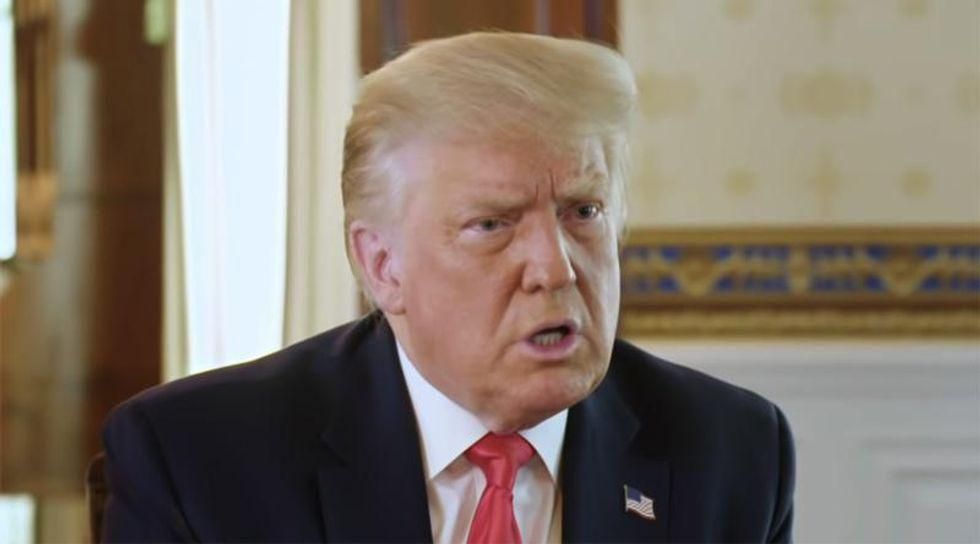 Attorney Alina Habba was scolded by a judge on Thursday after she claimed that her client, former President Donald Trump, is part of a “protected class” because of his Republican ideology.

During a court hearing in New York, Trump attorneys tried to convince state Supreme Court Judge Arthur F. Engoron that members of the Trump family could not be subpoenaed in connection with allegations that their company illegally manipulated property valuations.

Habba told Engoron that Attorney General Letitia James is conducting an improper investigation into Trump because she does not like him.

“She has such disdain for this person because he was president, because he is Donald Trump and he could probably win again in ’24,” Habba said. “He has First Amendment rights. He’s allowed to be a Republican.”

The Trump attorney demanded to know if James is going to “go after” Hillary Clinton, citing claims that the former president was “spied” on.

“There’s no viewpoint discrimination,” Engoron said. “I’m just saying there is none.”

“Ah!” the judge reacted. “What protected class is he a member of?”

“His political speech,” Habba replied. “If he was not sitting as a Republican and was not a former president who might run again, this would not be happening. So she is discriminating against him for that.”

The judge’s clerk stopped Habba to point out that the term “protected class” is usually reserved for race, religion and sex discrimination.

“The traditional protected classes are race, religion, etc.,” Engoron agreed. “Donald Trump doesn’t fit that model. He’s not being discriminated against based on race, is he? Or religion, is he? He’s not a protected class. If Ms. James has a thing against him, OK, that’s not in my understanding unlawful discrimination. He’s just a bad guy she should go after as the chief law enforcement officer of the state.”