I am still fighting to get my systems back to full capacity.    I have good news and bad news on that front.  I will tell you when I get everything done.    On this bill, it is clearly an attack on LGBTQ+ books and materials by the right but mostly the religious groups.  I was listening to a podcast today that described several top Republicans crowing about how targeting trans KIDS and framing any books or material about the LGBTQ+ as obscene sex, pornography and harmful to kids was the winning strategy that was going to get them a sweep in the midterm elections.   They admitted it was garbage but attacking KIDS got the base riled up to turn out and it anything protecting kids makes the side against it the enemy of the people.   I have stored about five different attacks on the LGBTQ+ to post, from the DeathSantis spox saying if you oppose the don’t say gay bill you are a pedophile who wants to groom kids, to more attacks on trans kids.  I love this bill is numbered 666.    I will post this and go back to updating my computers, dumped and reinstalled for the 6th time. 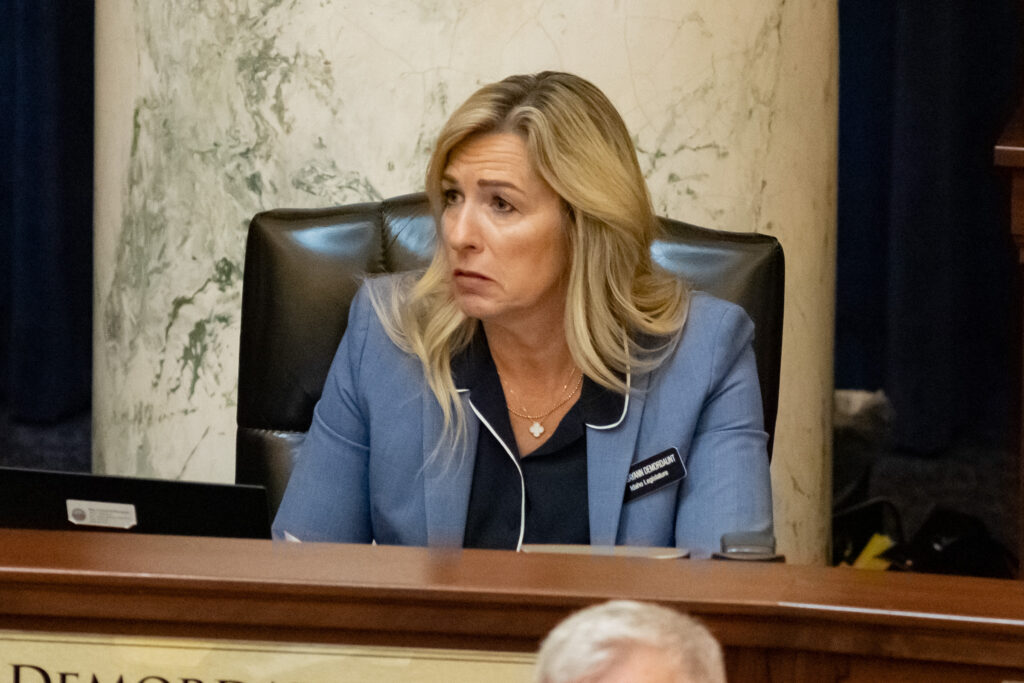 “For a long time, many years, I have been concerned about the obscene and pornographic material that finds its way into our schools and libraries,” DeMordaunt told the House State Affairs Committee. “While likely this is inadvertent, the increasingly frequent exposure of our children to obscene and pornographic material in places that I as a parent assume are safe and free from these kinds of harmful materials is downright alarming.”

If passed into law, House Bill 666 removes an exemption in existing state law protecting schools, colleges, universities, museums and libraries and their employees from prosecution for “disseminating material harmful to minors.”

Testimony during the public hearing on the bill Thursday was mixed.

Several parents and concerned residents named and even brought with them several books that feature LGBTQ+ characters or storylines, arguing those books are obscene. One parent was upset that her daughter encountered a library book that depicted a romance between a prince and a knight who slay a dragon together and are supported by their community.

“How did we go from ‘Pollyanna’ to drag queen for the kids? My daughter’s innocence was violated,” parent Kara Claridge told legislators. “But what happens when kids start acting on these graphic behaviors put forth in these books?”

“The sad reality is children are being taught to be confused about their gender and even groomed into lifestyles they wouldn’t have chosen otherwise,” Claridge added, saying the children’s library is no longer a safe place to take her children.

Librarians who testified said the bill is dangerous and the language in the bill about materials that are harmful to children is too vague.

“We walk down the slippery slope of censorship of constitutionally protected speech when we have a bill like this,” librarian Erin Kennedy told legislators.

Other librarians said the bill wouldn’t even address parents’ concerns about material in books available in the library.

“Everything that we have been hearing on this bill, I would just like to point out that this bill is not to get the books out of the library, this bill is to criminalize library workers. We are not talking censorship and removing these books; we are talking about criminalizing library workers if minors get these books,” librarian Huda Shaltry told legislators.

Shaltry also said the books parents mentioned during the hearing are available at the library but are not located in the children’s section of the library.

But substitute Rep. Holli Woodings, a Boise Democrat and City Council member who is subbing for Rep. Chris Mathias, said it was clear the bill criminalizes librarians because the bill cites Title 18, which is the criminal code for the state of Idaho.

“If my daughter brings home ‘Twilight,’ which has explicit material in it, can I then go and press charges against my librarian for allowing her to check out ‘Twilight’ and potentially  put them in jail for a year or give them a $1,000 fine?” Woodings said. “This is a slippery slope. It does not correct the problem that it is seeking to correct. We had many people come and testify today on books that had various social topics. Not pornography, not explicit material.”

Shortly before the vote, two legislators condemned libraries after looking through packets that contained examples from the books parents mentioned during the meeting.

“I am absolutely appalled, I feel dirty,” said Rep. James Holtzclaw, R-Meridian, garnering loud applause from several in the crowd at the hearing. “I cannot believe that our children can look at this stuff. And I can’t believe we fund the libraries to allow this to happen.”

Rep. Brent Crane, R-Nampa, said “trash is being placed in front of our children.”

The House State Affairs Committee voted along party lines to send House Bill 666 to the floor of the Idaho House of Representatives with a recommendation they pass it. To become law, the bill still needs to pass the Idaho Senate and be signed into law by Gov. Brad Little or allowed to become law without Little’s signature.

Idaho clears a legislation with the potential to fine librarians $1,000 and send them to jail for a year for checking out material to a minor that could harm them https://t.co/apbdqUUvkW (via AP)