Lou Engle is helping to send out calls to the body of Christ for prayer and fasting for the LGBTQ community. The call has become known as the Behold the Lamb Fast. This fast, which began Monday, March 7, prompts believers to pray for members of the LGBTQ community. People who participate in this fast will also take communion daily.

The focus of this movement is that the LGBTQ community will behold the Lamb of God who takes away the sins of the world, and its goal is that the LGBTQ might understand God’s great love for them and Jesus Christ’s sacrifice for them.

Lou has partnered with Jeffrey McCall and Freedom March in past years. Freedom March is a ministry that unites former LGBTQ to share their testimonies in major U.S. cities. The former LGBTQ individuals then march in the downtown of those cities, publicly professing Jesus is Lord.

That would be same Jeffrey McCall who recently confessed on Facebook that he just can’t stop hooking up with multiple men.

As for Lou Engle, he last appeared on JMG in March 2020 when he launched a fast for God to “stretch out his rod of authority” and “rebuke” the coronavirus.

Before that, Engle appeared here when he rallied with Kanye West ahead of leading a Boston “ex-gay march” with, ahem, Jeffrey McCall.

In August 2018, Engle launched a three-day fast to stop witches from blocking Brett Kavanaugh’s confirmation hearing before the Senate.

And in 2017, Engle launched a three-day “Esther fast” to stop witches from cursing Donald Trump.

Engle first appeared on JMG in 2012 when he declared that abortions cause tornadoes and that his prayers caused the passage of California’s Proposition 8. 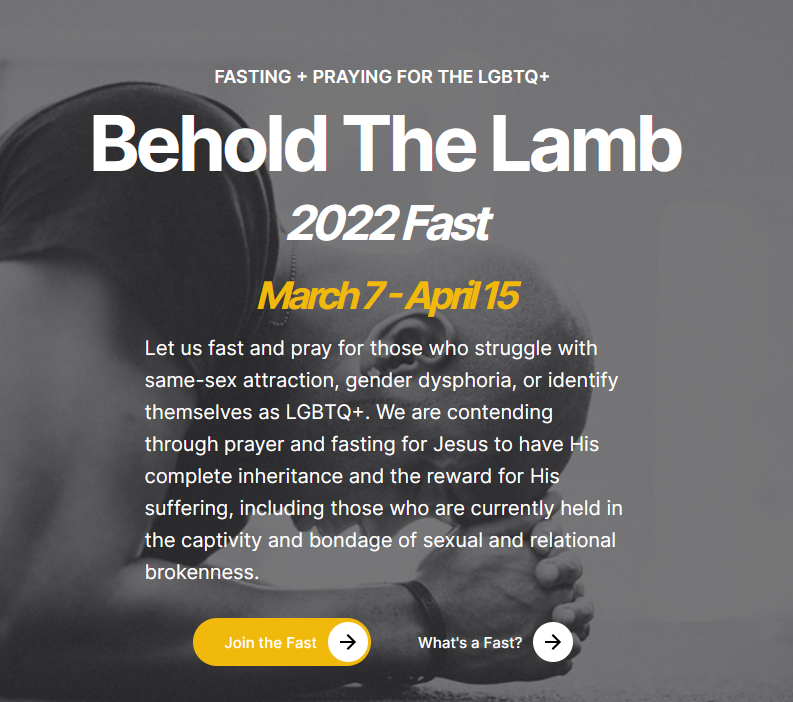 3 thoughts on “Televangelist Fasts To Stop People From Being LGBTQ”