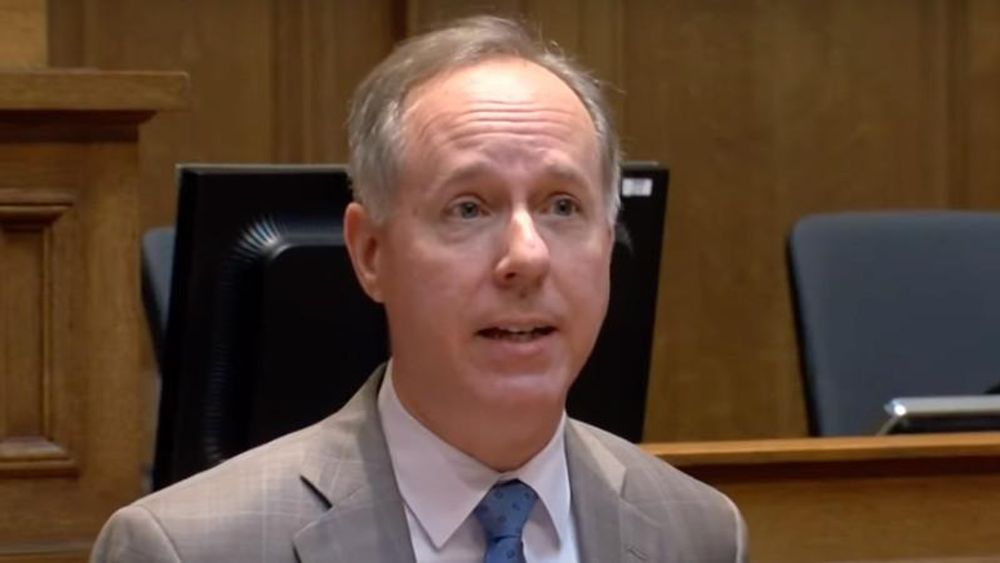 As the Cyber Ninjas face millions in fines for hiding public documents about the controversial audit of Maricopa County, Republicans in another state are now also facing fines for the same alleged offense.

“A judge found Assembly Speaker Robin Vos in contempt of court Wednesday for failing to release documents related to a Republican-run review of the 2020 election,” the Milwaukee Journal Sentinel reported Wednesday. “Dane County Judge Valerie Bailey-Rihn determined the Rochester Republican and the Assembly as a whole adopted ‘a collective and abject disregard for the court’s order’ from four months ago to turn over documents sought by the liberal group American Oversight under the state’s open records law. She ordered Vos and the Assembly to turn over records within 14 days and to each pay $1,000 per day if they fail to do that.”

“Bailey-Rihn in November ruled Vos and others had to release copies of emails, calendars and other documents about the election review. Vos produced some records but not others as he argued the requests should have been made to Michael Gableman, the former state Supreme Court justice he hired to oversee the election review,” the newspaper added. “Bailey-Rihn noted state law requires government officials to treat records from contractors like Gableman the same as their own records. That policy is meant to prevent officials from using contractors to evade their obligations under the open records law, she noted.”

Vos has approved spending $676,000 in taxpayer money on the Gableman investigation.

A judge found Assembly Speaker Robin Vos in contempt of court Wednesday for failing to release documents related to a Republican-run review of the 2020 election.https://www.jsonline.com/story/news/politics/2022/03/30/robin-vos-found-contempt-court-over-gop-election-review-records/7225188001/\u00a0\u2026
— Patrick Marley (@Patrick Marley) 1648680020