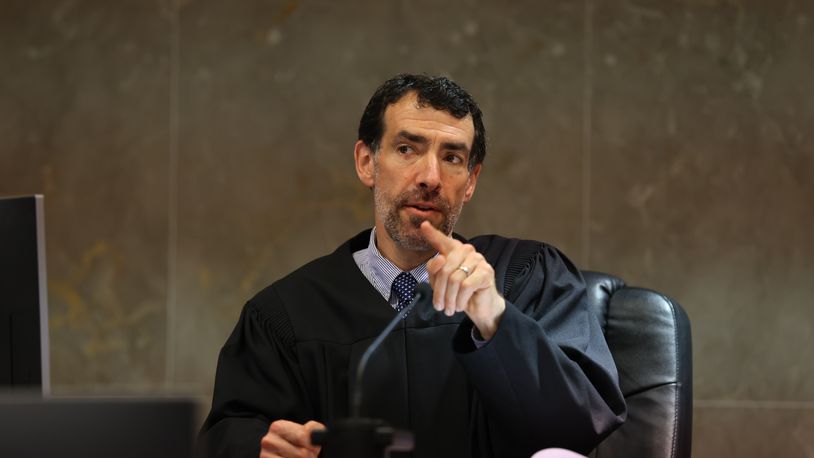 A pool of 200 would-be jurors was whittled down to 23 people and three alternates over two hours Monday morning for a so-called special purpose grand jury. Fulton Superior Court Judge Robert C.I. McBurney administered an oath and asked whether would-be jurors had already made up their minds either way on the matter, which touches on one of the most polarizing and disruptive political figures in American history.

The group will meet intermittently with prosecutors in the months ahead as the Fulton County District Attorney’s office seeks subpoenas for documents, information and the testimony of at least 30 reticent witnesses. But unlike a regular grand jury, it cannot issue indictments.

The probe centers on the Jan. 2, 2021 phone call between Trump and Brad Raffensperger, in which the then-president urged Georgia’s secretary of state to “find” the nearly 12,000 votes Trump needed to reverse Joe Biden’s win here. It also includes other incidents, such as false claims made by Trump’s personal attorney Rudy Giuliani during a legislative hearing and the abrupt resignation of Georgia-based U.S. attorney BJay Pak, who testified that he faced pressure from Trump.

The phone call has been a litmus test for political affiliation: Many of those who support Trump heard nothing wrong, while many of his detractors view the recording as the smoking gun. But it isn’t so easy for open-minded jurors.

McBurney told the group that they must decide beyond whether or not they feel something happened: “And if so, in your opinion, was it unlawful such that you might recommend to the district attorney that she pursue criminal charges? You might recommend the contrary.”

These Georgians will help prosecutors decide whether to take an unprecedented step in U.S. history and charge a former president with a crime.

Surrounded by five of her aides, Willis sat Monday at a nearby table watching the proceedings but made only brief remarks before a livestream of proceedings ended.

Now that the special grand jury’s membership is set, the group will begin meeting in private with prosecutors to hear about the status of the investigation and any early requests for subpoenas. Neither defense attorneys for Trump nor the media will be allowed to view those proceedings. 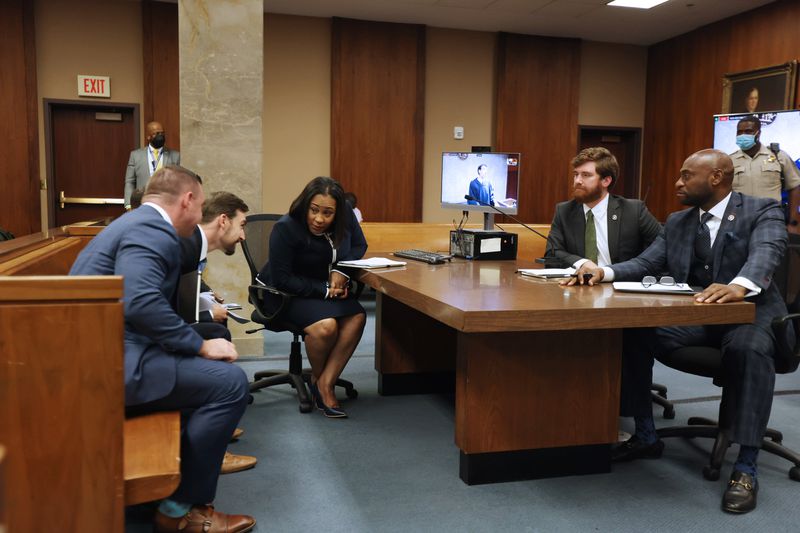 Willis, a Democrat, previously told The Atlanta Journal-Constitution that she would wait until June 1 to begin calling witnesses to avoid interfering with the May 24 primary election.

Monday’s jury selection brought plenty of road blockades to downtown Atlanta, but no major protests, as some had feared.

Police officers blocked vehicle traffic at all four corners of the single square block that the courthouse fills. Law enforcement officers from several agencies, led by the Fulton County Sheriff’s Office, secured the perimeter of the building — including deputies with assault rifles at the building’s main entrance. 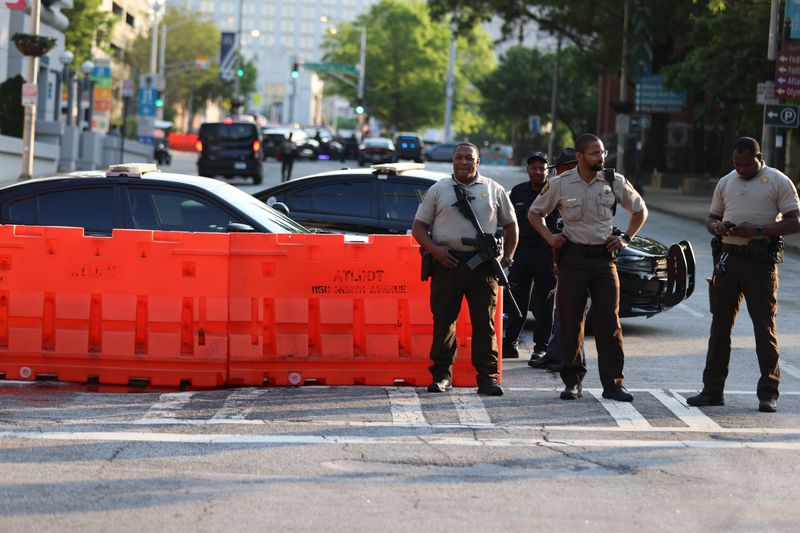 Willis said she’s needed to ramp up security at home and the office due to the case, including acquiring bulletproof vests for her lead prosecutors.

In January she requested the help of the FBI to secure the Fulton courthouse. She said she feared a Jan. 6-style insurrection after Trump urged mass protests if “vicious,” “radical” and “racist” prosecutors acted in a way with which he didn’t agree.

Monday’s developments came days after a grand jury that had been tasked with hearing evidence in the Manhattan DA’s investigation of the Trump Organization’s business practices in New York wrapped up without filing any charges against the former president. DA Alvin Bragg is still able to impanel another jury, but many saw the move as a sign that Trump will not face major legal consequences in Manhattan after three years of investigating.

Many of Trump’s biggest critics have now set their sights on Fulton County as the most promising venue for Trump to be held legally accountable for actions during a norm-shattering presidency.

Upwards of 72% of Fulton County residents voted for Joe Biden in 2020. But that doesn’t mean that Trump is guaranteed a hostile jury pool. Portions of North Fulton are whiter and more conservative compared to the rest of the county.

Anthony Michael Kreis, a Georgia State University assistant law professor, said that special grand juries’ unique investigative function benefits from having members who are more skeptical. They can help point out weaknesses in a case, ensuring that any final recommendations are more trustworthy.

This is seemingly the most — and only — public moment of the special grand jury proceedings. Some witnesses may decide to speak about their testimony, but little else is expected to become public until the grand jury issues its final recommendations.