The idea behind a lot of the laws of the US is the constitution gives the right to privacy, liberty, and body autonomy.   Everything from the civil rights laws, Loving vs Virginia which allowed different race people to marry, abortion, Lawerance vs Texas which gave everyone the right to have sex as they wished instead of just penis in vagina, (that law that banned oral sex and anal sex was used just against gay men but did apply to everyone) and of course the right to same sex marriage.   The average right wing only wants their hated people subjugated and the right to discriminate without repercussions.    But the real power behind this is the hard right businesses and the religious right.   Both need to take the country back before the government had the authority or ability to stand up for the people.   Why do you think there is such push back against anything resembling what the other advanced countries do for their public, because these groups lose more control every time the people get more right / benefits from their government?   It might threaten those over the top profits.   But also it threatens the religious leaders that know if people had rights and acceptance along with comfortable living they wouldn’t need religion to offer relief.  Anyway anyone who doesn’t think that the next rights to fall are anything not straight male Christian did not read the leaked report.  Alito to specifically mention that there was no right to privacy in the constitution, and that is what Lawerance vs Texas was based on that gave the right of people to enjoy whatever sex they wanted with another adult is based on.   Remember Ted Cruz when he was the AG of Texas tried to ban adults from using sex toys in the state.   Welcome to the Puritan age. 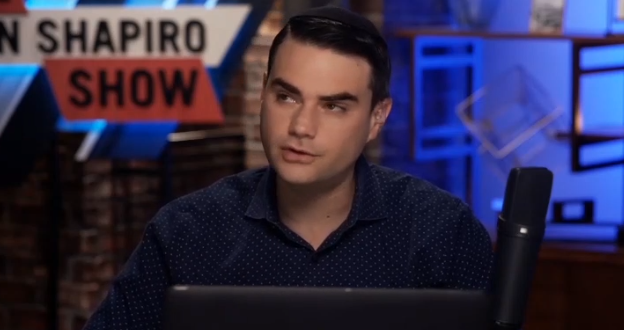 But they’re not going to. They explicitly say — Alito says, I think three separate times in that decision that I read in nearly its totality on the air yesterday, that this has no impact on other cases of different lines. Which is a clear reference to Obergefell, repeatedly.

But Democrats know deep in the cockles of their tiny little Grinch-like hearts on abortion, they know that the abortion issue is not a winner. So they’re trying to expand it out – well, you never know.

Here he is a year ago talking about his opposition to Obergefell v. Hodges.

Make no mistake: gay marriage is next on their hit list. pic.twitter.com/RFV6Xkn1G9

Referencing the landmark cases that legalized marriage equality (Obergefell v. Hodges) and legalized private consensual sex (Lawrence v. Texas), Alito ominously wrote that, like abortion rights, "None of these rights has any claim to being deeply rooted in history."

Ross • an hour ago

Slavery is deeply rooted in history.

So, I guess the Supreme Court is going to re-introduce it.

Sister_Bertrille Ross • an hour ago

“Original intent,” and all that.

Never expect a KAPO to ever change their stripes…

… Gays were burned next to Jews.

David in Palm Springs • an hour ago

If interracial marriage is based on the Equal Protection clause. Then why doesn’t same-sex marriage fall under the same category? We’re taking about a civil contract between two non-related consenting adults. It’s the exact same thing.

JFC… his voice is “nails on the chalkboard” annoying. How can anyone tolerate listening to this asshole?

Of course he says Obergefell is a bad decision… but can’t explain why. I wouldn’t expect anything less from these hate mongers.

I was reading an article from CNN that says the Court may use the Civil Rights Act of 1984 to defend Loving while then going after Obergefel so Thomas’ marriage won’t be jeopardized.

Because Life, Liberty and the Pursuit of Happiness is only for people just like you.

Serene Pumpkin Rex • an hour ago

I wonder what he’ll do when Christian prayer becomes mandatory.

My argument in favor of gay marriage was that there was no compelling public interest in preventing two men or two women from marrying.

In fact, there is a public interest in favor of gay marriage because it provides both financial and psychological stability for the partners involved (which, in turn, benefits society as whole).

Heaven forbid their right wing fake religion be offended by same sex marriages. They blame all their problems on their own hatred toward people.