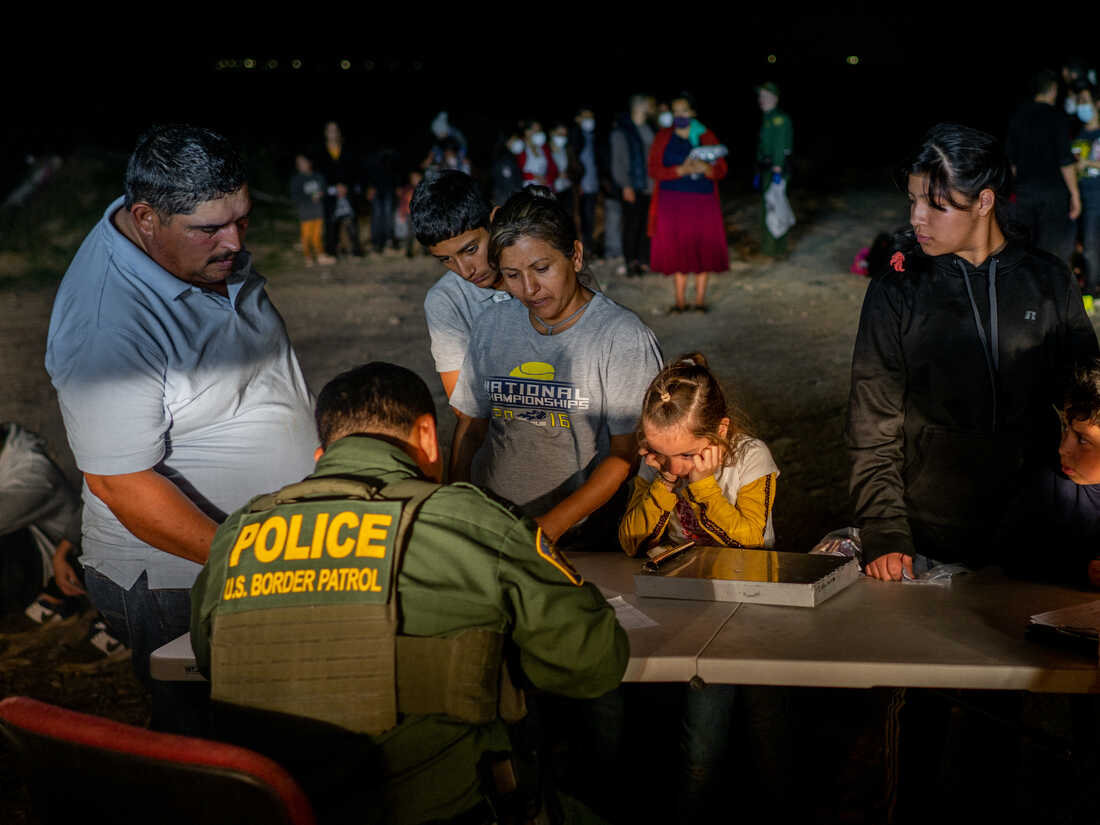 Border Patrol officers in Roma, Texas, on Thursday process a migrant family after the family crossed the Rio Grande into the United States.

Texas Gov. Greg Abbott says his state shouldn’t have to provide free public schooling to undocumented students, despite a long-standing Supreme Court decision that says the opposite.

The high court’s Plyler v. Doe ruling of 1982 struck down a Texas law that did two things: It denied state funds for any students deemed not to have lawfully entered the U.S., and it allowed public school districts to deny admission to those children.

Abbott first made his remarks about the landmark education decision on Wednesday, in the aftermath of a leaked Supreme Court draft opinion that would overturn Roe v. Wade.

Abbott said the court’s 1982 ruling had imposed an unfair burden on his state.

“I think we will resurrect that case and challenge this issue again, because the expenses are extraordinary and the times are different” from when the decision came down, Abbott said in an interview with conservative radio host Joe Pagliarulo.

In its ruling, the Supreme Court said the Texas legislation violated the Constitution’s Equal Protection Clause and would create a distinct underclass.

An advocacy group slams Abbott for his remarks

In response to Abbot’s remarks, the Mexican American Legal Defense and Educational Fund (MALDEF) — which filed the original case on behalf of four families whose children were denied a public education — sharply criticized the governor.

Abbott is seeking “to inflict by intention the harms that nine justices agreed should be avoided 40 years ago,” said Thomas Saenz, MALDEF’s president and general counsel, in a news release.

The 1982 decision was a 5-4 ruling, but the justices who dissented in the case did indeed say that it was “senseless for an enlightened society to deprive any children — including illegal aliens — of an elementary education.”

Their dissenting opinion, written by then-Chief Justice Warren Burger, said the court’s majority was overreaching to compensate for the lack of “effective leadership” from Congress on immigration.

Saenz also said that unlike Roe v. Wade, the Plyler v. Doe decision has been incorporated into federal law. 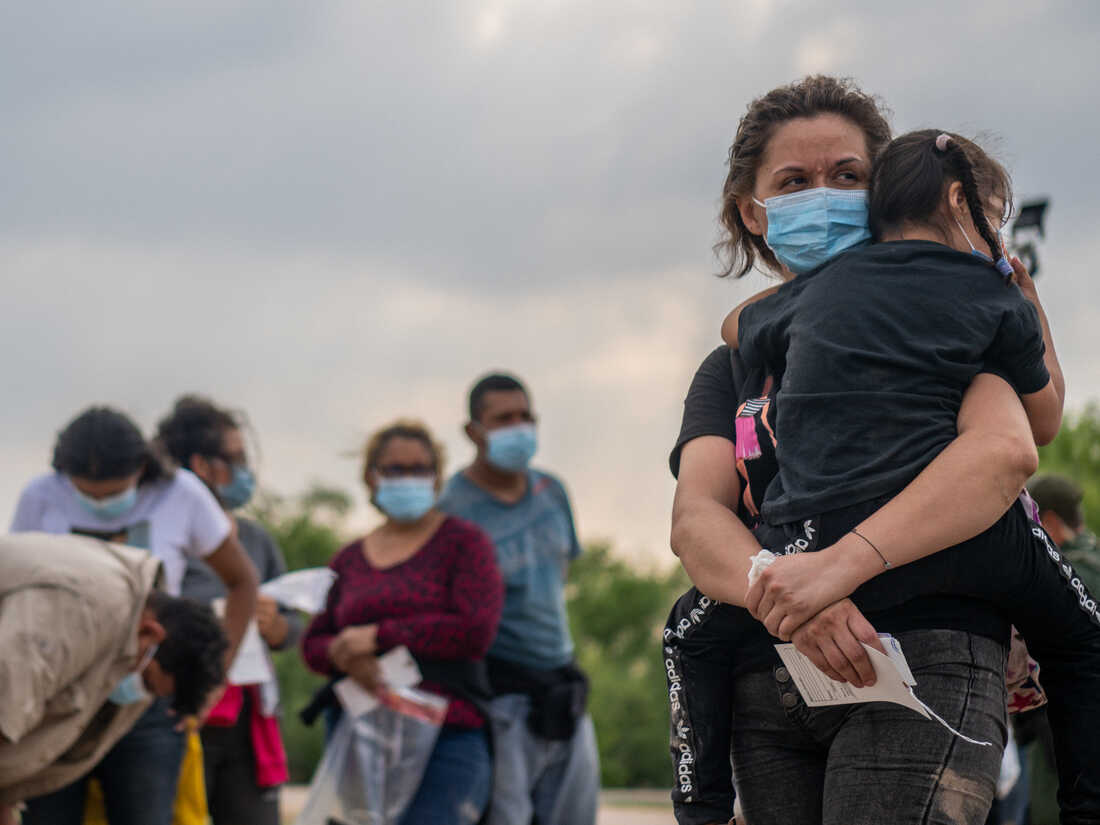 Migrants in La Joya, Texas, on Tuesday wait to be processed after crossing the Rio Grande into the United States.

The governor predicts a coming influx of migrants

After his initial remarks, Abbott reiterated on Thursday that his state is in an untenable position.

“The Supreme Court has ruled states have no authority themselves to stop illegal immigration into the states,” Abbott said, according to The Texas Tribune. “However, after the Plyler decision they say, ‘Nevertheless, states have to come out of pocket to pay for the federal government’s failure to secure the border.’ So one or both of those decisions will have to go.”

Abbott said Texas’ challenges will get worse when the Biden administration ends the Trump-era public health order known as Title 42, which has barred migrants from the U.S. in order to prevent the spread of the coronavirus. The shift will bring a new influx of immigrants, he said.

In that respect, the governor is echoing an argument his state made in the Plyler case 40 years ago. In that Supreme Court hearing, then-Texas Assistant Attorney General Richard Arnett said Texas was hoping to discourage immigrants from entering the state illegally. 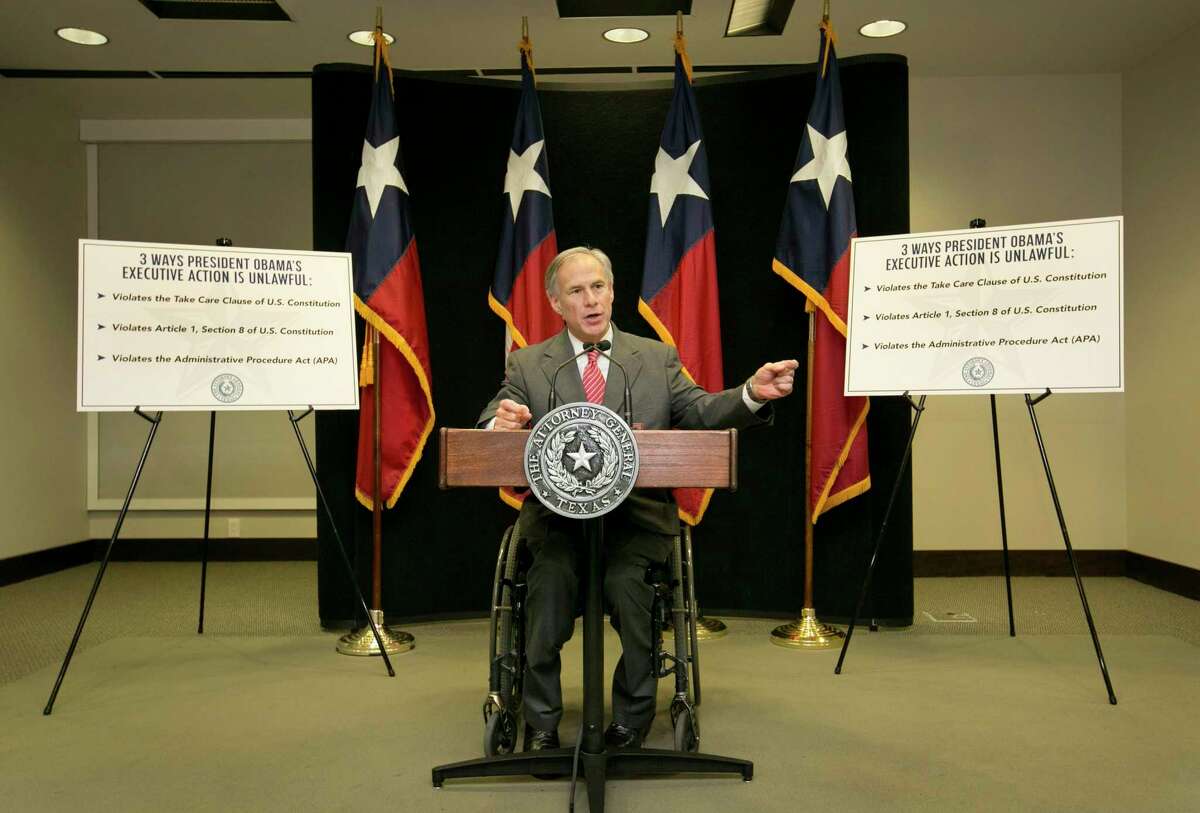 Gov. Greg Abbott wants to try to reinstate a 1975 Texas law withholding state funds from school districts for kids who were not “legally admitted” into the United States.

In an interview Wednesday on the Joe Pags radio show, Abbott said he would “ressurect” a legal challenge over the law, which the Supreme Court declared unconstitutional in 1982.

“The challenges put on our public systems is extraordinary,” Abbott said, before referencing Plyler v. Doe, the ruling that overturned the Texas law. “I think that we will resurrect that case and challenge this issue again because the expenses are extraordinary and the times are different than when Plyler v. Doe was issued many years ago.”

In that case, the court ruled that “education has a fundamental role in maintaining the fabric of our society,” and withholding it from the children of immigrants in the country without paperwork “does not comport with fundamental conceptions of justice.” People living without documentation in the country remain people “in any ordinary sense of the term” and are thus entitled to the same basic rights as anyone else in the country.

The plaintiffs in the Plyler case, four families who lost access to education under the Texas law, were represented by the Mexican American Legal Defense and Educational Fund.

“Greg Abbott has once more distinguished himself as one of our most irresponsible and desperate politicians,” Thomas A. Saenz, president and general counsel of MALDEF, said in a statement. The Plyler decision, he said, is firmly established by the court and has also been endorsed by Congress.

Republican-appointed justices now hold a strong majority on the court, and conservative elected officials like Abbott have been pressing the advantage to reshape federal policy. The governor’s remarks Wednesday came shortly after a draft Supreme Court opinion was leaked showing five of the nine justices ready to overturn Roe v. Wade, the landmark 1973 ruling that established a constitutional right to abortion.

The Migration Policy Institute, a nonpartisan group that studies migration globally, estimates there are 1.7 million people living in Texas without paperwork, including 116,000 enrolled in schools. The total student population is 5.4 million, so those without documentation make up roughly 2 percent.

During the interview Wednesday, Pags said there were a large number of children taking classes to learn English as a second language in his child’s school.

“You know that you’re not ethnocentric, neither am I, we love Latinos, we love everybody,” said Pags, who is conservative. “But we’re talking about public tax dollars, public property tax dollars, going to teach children who are 5, 6, 7, 10 years old who don’t even have remedial English skills. This is a real burden on communities.”

Public polling shows immigration and border security to be among the top policy priorities for Texans — particularly Republicans — and Abbott has made it a priority during his administration.

The state is pouring billions of dollars into border security and Operation Lone Star, where Texas National Guard troops are patrolling the border and apprehending immigrants and refugees. Abbott speaks frequently about the need to stop the influx of drugs into the country, though the amount of drugs apprehended at the border through the operation has been minimal, and critics have accused the governor of engaging in political theater without tangible policy objectives with the operation.

Abbott also has set up buses to transport migrants from Texas to Washington, a policy he promoted during theWednesday radio interview. The White House and some of the migrants themselves have thanked Abbott for the free cross-country ride, as many intended to go to Washington anyway or it will be easier for them to access services from there.

White House Press Secretary Jenn Psaki on Thursday called Abbott’s comments harmful. “We’re talking about – to just restate that – denying public education to kids, including immigrants to this country,” she said. “That is not a mainstream point of view.”

A spokeswoman for the governor did not respond to an email asking for more details about the governor’s Wednesday comments.

Rodolfo Rosales Jr., state director for the Texas League of United Latin American Citizens, said estimating the real number of people without documentation is difficult because they are often “living in the shadows” and avoiding any official record.

“I think that the governor is really out of touch and out of line, and I think his all out assault on people of color is just so blatant,” Rosales said. “These little immigrant children are not taking away from any other children in Texas schools.”