Conservatives and assorted anti-trans reactionaries like to claim that trans kids don’t understand their own identities, and that almost all young trans people will eventually end up identifying with their birth gender. But a new study is blowing that assertion out of the water.

Published this month in the medical journal Pediatrics, it reveals the findings of a five-year longitudinal study of trans youth conducted by Princeton University’s Trans Youth Project. Out of more than 300 young trans-identifying people aged 3-12, only 2.5% identified as cisgender at the end of the five-year period, with 94% identifying as trans girls or boys and 3.5% identifying as nonbinary.

This stands in sharp contrast to inflated figures cited by anti-trans pundits, who often claim that a majority of trans youth will “detransition” and experience significant psychological distress as they return to presenting and living as their birth gender. (The Princeton team uses the term “retransition” in place of the more loaded term “detransition,” which other researchers have noted has “become associated with politically motivated attempts to impede access to gender-affirming care.”)

This doesn’t mean the researchers believe retransition is so rare as not to be worth studying; to the contrary, they argue that “understanding retransitions is crucial for clinicians and families to help make them as smooth as possible for youth.”

This new data blows previous datasets out of the water, particularly the thoroughly debunked (but still widely cited) studies which claim as many as 80% of trans-identified young people will eventually “desist” from their gender identity. Those statistics have been used to stoke fears that prepubescent children are undergoing “irreversible” medical procedures that most of them will regret, as seen in the language of anti-trans bills like South Carolina’s S1259 and journalist Abigail Shrier’s infamous book Irreversible Damage: The Transgender Craze Seducing Our Daughters. 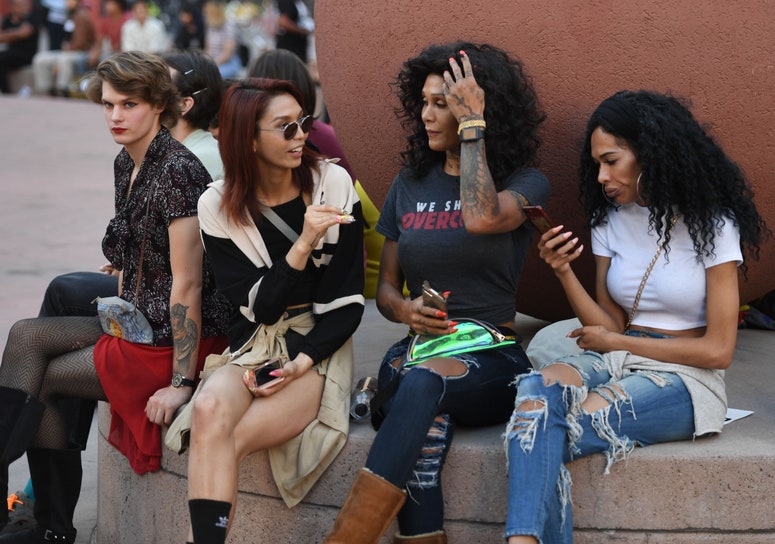 California’s “Trans Refuge” Bill Could Create a Safe Haven for Trans Youth
The legislation aims to protect families of trans youth who have fled their home states.

Contrary to such hyperbolic claims, hundreds of thousands of lives are not in the process of being ruined as we speak. “I think the critical piece is that we’re seeing the retransitioning happening before the ages at which kids were beginning medical transition,” said Kristina Olsen, the study’s lead author, in comments to NBC News.

Only one child in the cohort later identified as cisgender after being prescribed puberty blockers or hormone therapy, and the others who re-identified as cis did so “before blockers were even on the table,” Olsen added.

After two years of bewildering opposition to wearing masks during a pandemic, we won’t hold our breath for conservatives to listen to this science either. But the Trans Youth Project’s work — which Olsen says will continue for a total of twenty years — is giving doctors and health providers more data to work with, and shoring up what many trans people already know to be true: trans-affirming care works, and it can change countless lives for the better.