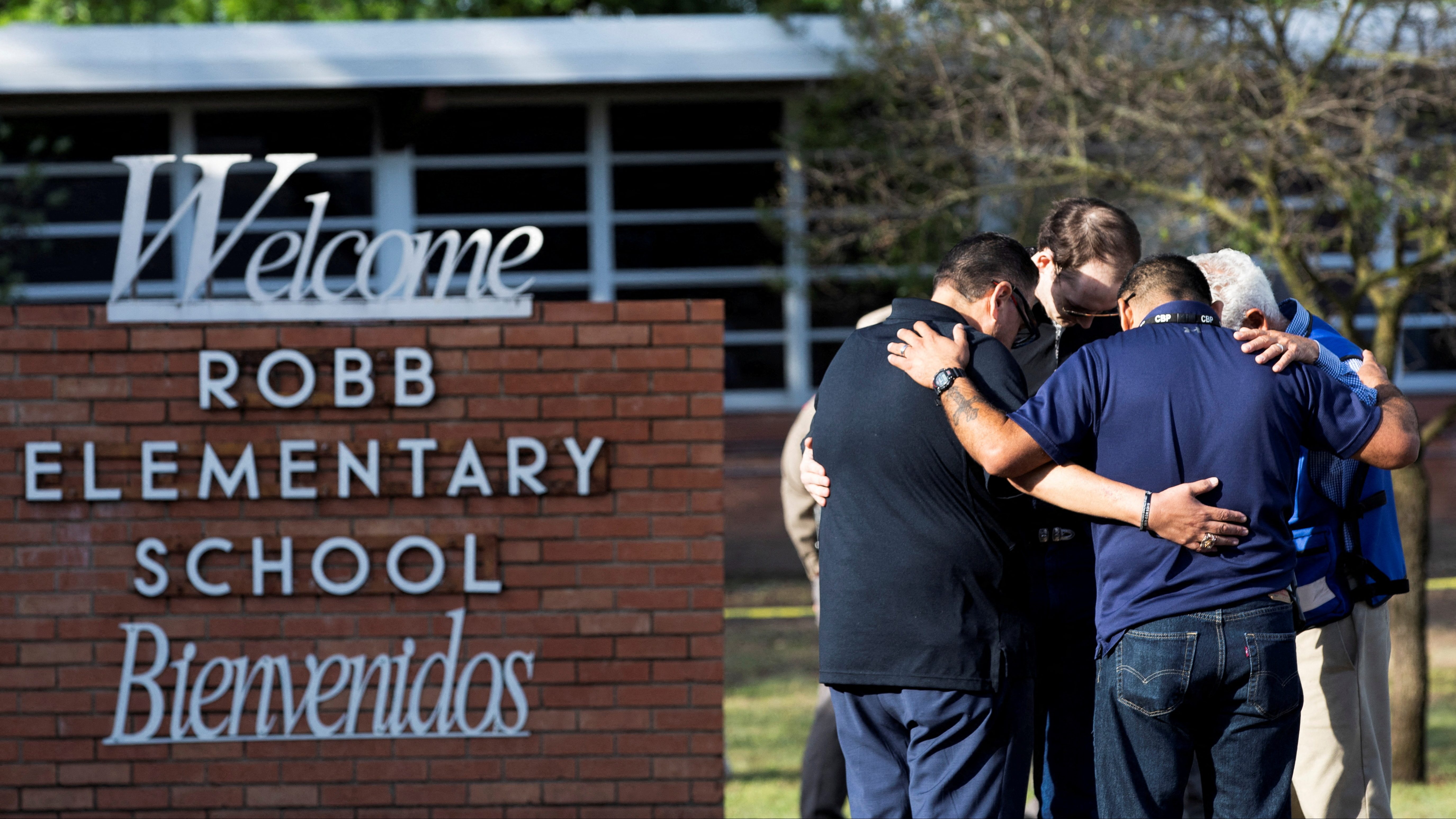 People gather at Robb Elementary School, the scene of a mass shooting in Uvalde, Texas.

Gun and ammo stocks tend to rise after the most widely-covered mass shootings. Today was no exception. Shares of top gun and ammunition companies soared the morning after a school shooting in Uvalde, Texas that left at least 20 people dead.

Investors anticipate that the violence—and the political rhetoric about gun control that inevitably follows—will prompt more people to buy guns and stock up on ammunition. It’s true gun sales typically rise after a mass shooting as more people arm themselves, ostensibly, to defend themselves against future shooters (although there’s no clear evidence that using a gun in self-defense reduces the likelihood of being injured in an attack). Others rush to buy guns in the belief that lawmakers will soon enact stricter restrictions on gun sales.

The opposite often happens. States with Republican-led legislatures typically loosen gun restrictions after mass shootings; states with Democratic legislatures typically don’t act. In the decade since a mass shooter killed 20 young children at Sandy Hook Elementary School in Connecticut, the US Congress has failed to push through even modest gun control bills that would expand background checks for gun buyers or ban high-capacity gun magazines.

Not all shootings are such a boon for gun and ammo stocks. The racially-motivated mass shooting in Buffalo, which targeted Black grocery shoppers and left 10 dead, created an initial bump for Smith & Wesson, but by the end of the day gun stocks were down.

During the Trump administration, gun and ammo makers got less of a stock and sales boost from mass shootings, in part because buyers lost their fear that US lawmakers would pass gun control bills and were in less of a rush to buy weapons after each tragedy. The fact that gun stocks are up so high after the Uvalde shooting may be a sign that gun buyers and investors are taking more seriously the possibility that lawmakers will act this time.

In fact, the White House was already preparing to enforce a “ghost gun” rule, banning privately-made firearms weapons and kits without serial numbers that are often used to commit crimes. The lack of serial numbers makes them difficult if not impossible to trace. Last year alone, the Department of Justice reported that about 20,000 suspected ghost guns were recovered in criminal investigations, 10 times more than in 2016. The new regulations will take effect in August.

There’s a special place in hell for people who run companies whose stock rises when little children are murdered https://t.co/xfeg6mCuoh