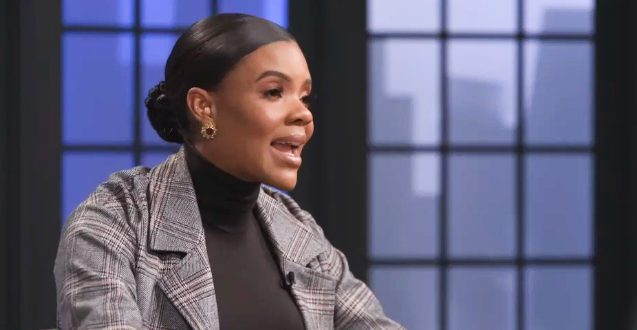 “I have been covering the wonderful month of Pride, for which I feel no pride for at all. I think it should be called shame month. It’s absolute debauchery.

“You’re seeing right now that adults are getting behind this narrative so they can have a woke t-shirt on and say, ‘I love my children. I allowed my child to pick their gender and pick their species.’

“And they feel proud of themselves because they can go and they can say this on Facebook that they are wonderful, accepting, and loving adults.

“When, in reality, they are underqualified to have children. They should have their children taken away from them because it’s child abuse.” – Daily Wire host Candace Owens, on her podcast.

Dreaming Vertebrate • a day ago

Is this really a surprise after republicans cheered as Trump put thousands of kids in cages? The casual cruelty is in fact the whole point.

And permanently separated many from their parents.

Somebody recently posted an article about how well this anti-trans shit plays with GOP voters.

They’re eating this shit up.

As such, Republican Nazi politicians know they are on solid ground. Many may not actually believe a word of what they’re saying but, hey, if it helps get them elected, who cares about the human cost.

Darreth Ross • a day ago

The GQP will always find a group to hate, then use that hate as a tool for votes.

Republicans can’t exist without having some group to hate. Communists, liberals, Muslims, Jews, dark-skinned immigrants, gays, trans, Blacks, the list goes on and on. Unless you are a straight, white, conservative Christian you are the enemy! Hate is all they have.

They’re even playing one of their greatest hits by going after us gays for “grooming.” There’s just no minority group that doesn’t deserve a kicking in the eyes of Republicans.

Paula • a day ago

I can only imagine the torture, mental and physical, they would subject these children to.

Owens is such a vile POS! But it seems like the entire right-wing has gone into hysterics over the “danger” of having gay and trans people around children, even their own. This hateful rhetoric is exactly the same as the Nazi’s used against the Jews! “They are a danger to society and must be dealt with!” People are going to be killed because of this BS!

Yup. LBGTs are the new Jews, and you can bet there’ll be plenty of gay people who are willing to throw trans people under the bus because reasons