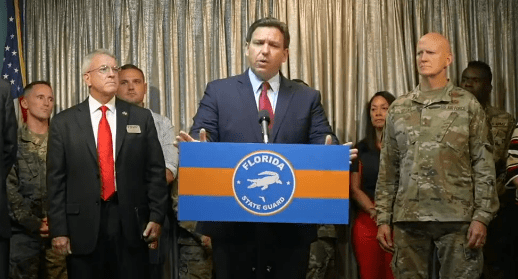 From the Miami Herald editorial board:

In the same week that the Jan. 6 committee unveiled its findings on the attack against American democracy, Florida Gov. Ron DeSantis, U.S. Sen. Marco Rubio, Georgia Rep. Marjorie Taylor Greene and others were more preoccupied with children attending a drag show in Dallas, Texas.

The same editorial ran in the Orlando Sentinel.

The thing is hypocrisy doesn’t bother them. That would require having a sense of shame. In fact, they love hypocrisy because it demonstrates power. They can say one thing and do another with zero consequences

They are very consistent about one principle: that they should have the power to tell you what to do while you can’t tell them what to do.

It all comes back to their basic position of “they get to tell you what to do, you can’t tell them what to do”

The point of legislation such as we have seen from Floriduh is to provide some cover for christianity Inc. The best way to divert attention from religious people fucking children is for legislators to point fingers at the gay community and now drag queens. There is nothing novel about this as the same play was used in the early seventies by former beauty queen and current whore for christianity Inc, Anita Bryant.