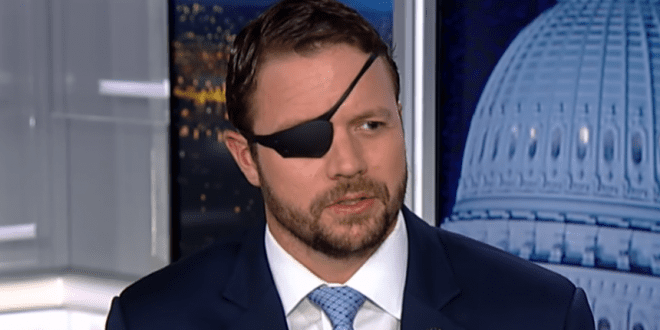 Rep. Dan Crenshaw and his staff were violently confronted at the Republican Party of Texas convention a short time ago, when far-right social media activist Alex Stein and others whom witnesses described as Proud Boys began shouting “eyepatch McCain” at him – an attempted insult coined by Tucker Carlson. A witness to the incident tells Mediaite that in addition to Stein and others being escorted out of the building, “some arrests” were made at the scene.

Read the full article. Alex Stein, you may recall, was part of the mob of extremists that attempted to storm a Dallas gay bar earlier this month.

I CALL OUT DAN CRENSHAW FOR HIS WORLD ECONOMIC FORUM INVOLVEMENT AND SELLING US OUT WITH @Ccampbellbased #WEF22 #texasgopconvention pic.twitter.com/H4ECF13crK

This is what happens when angry little boys like @alexstein99 don’t grow up and can’t get girlfriends…
🤷 https://t.co/5KaIzx9umg

Dan Crenshaw and Mike Pence have had to learn the hard way that fascism cannot be bottled and used without it blowing up in your face. Both have now faced threats from violent assailants to hang them.

Confrontations like this will become a regular feature of Republican politics. pic.twitter.com/qz7FgfeNbP

Edgar Jung tried valiantly to counter Hitler, but it was too late at that point and he was assassinated.

They really are 13 year old boys.

Tucker’s so happy that at this point in his pathetic wimpy life, the bad boys on the playground have moved on from throwing rocks at lil’ Tuckums and throwing them at Tuckum’s targets.

When you enable and appease hate, eventually they will always come for you.