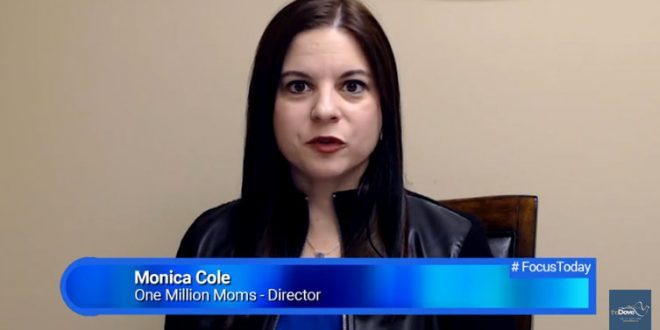 Mattel recently announced its launch of the first transgender Barbie doll as part of its #TRANSISBEAUTIFUL Tribute Collection, modeled after the Orange Is the New Black actor and LGBTQ activist Laverne Cox.

Mattel created a Barbie in his likeness, wearing a red, sheer evening gown with a faux leather strapless top, a tulle skirt, and a sparkly silver bodysuit underneath.

Barbie is also donating in Cox’s name to TransFamilySOS, an organization that describes its mission as a service “that saves lives by shaping a gender affirming and accepting community.”

It is outrageous that a toy company is marketing and normalizing gender dysphoria to young children.

Parents who are not already aware of the company’s agenda, please be forewarned: Children are being “groomed” by Mattel trans Barbie dolls under the disguise of playtime.

Now, parents will have to deal with the confusion experienced by their children when these inappropriate dolls are seen on store shelves such as Walmart, Target, and other stores that sell Barbie dolls.

This new product makes it clear that Mattel has an LGBTQ agenda that it is forcing on extremely young audiences.

Obviously, Mattel is attempting to “groom” the next generation. This company should be enhancing learning during play, but instead, Mattel is brainwashing our preschoolers and elementary-age children.

Mattel is hoping to have this doll placed in playrooms solely to indoctrinate children into transgenderism and homosexuality.

The company’s goal is to have everyone, even toddlers, accept the LGBTQ lifestyle, but a toy company should never even consider taking part in this abomination.

Mattel is purposely confusing our innocent children by attempting to destroy very definitive gender lines. Why can’t the toy manufacturer let kids be who God created them to be instead of glamorizing a sinful lifestyle?

Mattel is choosing to push an agenda of sexual confusion instead of promoting its actual product.

This PC-inclusive toy blurs the biological distinctions between males and females. Introducing children to this lifestyle choice is contrary to what conservative, Christian parents are teaching their children about God’s design.

TAKE ACTION: Sign our petition urging Mattel to discontinue production and sales of its trans Barbie doll immediately. Be sure to share this campaign with your friends and family!

Get your Laverne Cox Barbie here!

Dolls can’t “brainwash” kids. If they could I’d be a beefy heterosexual guy who loves camping and fishing. (I’m not.)

and i’d be a butch mechanic

4 thoughts on “One Million Moms Vs “Brainwashing” Trans Barbie Doll”