What is this, pure hate for the future?   Hate for electric?   Love of gas and oil?   Just plain not wanting things better for anyone?  Hugs 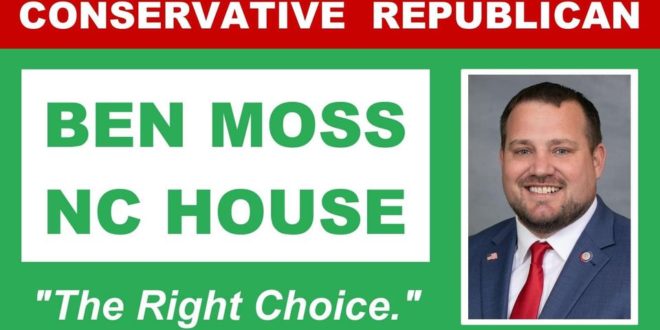 State Rep. Ben Moss, who won the GOP primary against Jamie Boles for the newly drawn District 52 seat, is one of four Republicans in the House co-sponsoring legislation that would add regulation to the state’s incipient electric vehicle infrastructure.

Moss’ bill, HB 1049, was filed May 25. Known as the “Equitable Vehicle Fuel Stations,” it would essentially eliminate any free electric vehicle charging stations on public property if a free gas pump is not similarly provided.

Also, the bill would prevent the state or local governments from funding free chargers if they don’t provide a gas pump as well. The bill would also require private businesses that offer free chargers to disclose to customers on receipts the pro rata fees they are paying to maintain the stations.

Moss decided that his animating principle is Being Mad at Electricity. To prove his animosity toward this invisible menace, he’s sponsoring House Bill 1049, which would allocate $50,000 to destroy free public car chargers. We’ve simply got to do something about these free public chargers, even if it costs us $50,000! Those things cost tens of cents per hour, when they’re being used.

That rule only comes into play if a town refuses to build free gas and diesel pumps next to the EV chargers. House Bill 1049 also decrees that all customer receipts will have to show what share of the bill went toward the charger out in the lot. That way, anyone who showed up for dinner in an F-150 (not the electric one) can get mad that their jalapeño poppers helped pay for a business expense not directly related to them.

In North Carolina, House Bill 1049 "would allocate $50,000 to destroy free public car chargers … if a town refuses to build free gas and diesel pumps next to the EV chargers." https://t.co/XXPthVZPPc

A bill currently in the works in the North Carolina legislature would allocate $50,000 to get rid of free public EV chargers unless free gas pumps are built alongside.https://t.co/T7VIuQCCj4

Last week, I voted to unmask our kids as the #NCGA passed the Free The Smiles Act with a vote of 76-42, now its up to @NC_Governor to sign it. #NCPOL pic.twitter.com/o2YVqYwrSd

Taxpayers should not be footing the bill for ‘free’ electric vehicle charging stations on state and local government property unless the same locations offer gasoline or diesel fuel at no charge. We need to do more to increase American energy production.https://t.co/LV0ldsZufy

We’ve had great turnout today at Early Voting sites in Richmond and in Moore County. Humbled by all of the support. We need your vote to win this election. Learn more about How To Vote at https://t.co/jJHWKVdF6A. #NCGA #NCPOL pic.twitter.com/KW0NdhemjT

Some one should check his donations from the oil industry

Just have the free gas pump dispense an equal amount of gas in $ value to the cost of electricity dispensed from the electric charger. See how much demand there is for a pump that will give out 50 cents of gas every hour.

Buford Rillion • an hour ago

Also, we clearly need to crack down on people using taxpayer-funded outlets in public spaces to charge their electronic devices unless the location also hands out free batteries.

This has been going on since the automobile was invented. The oil industry destroyed Los Angeles’ enviable trolly car system for their own profit gain.

Remember when several states blocked Tesla from selling cars directly to the public, instead demanding that their laws required all new vehicles to be sold thru dealerships…?

This is exactly that stupid.

Uncle Mark eats the rainbow • an hour ago • edited

Besides sounding like someone owned by the oil companies, this has some of that “we’re gonna buy all them old-school light bulbs instead of those Obama lib LED ones” energy.

Adam Schmidt • an hour ago

As his bill is entitled “Equitable Vehicle Fuel Stations”, I assume that he is requiring that every location in the state that provides gas or diesel must also provide a similar number of electric charging stations as they have fuel pumps. Because that would be obvious, right?