Youth and adults at OutLoud North Bay, the city’s 2SLGBTQ+ youth hub, have been subjected to harassment and death threats because of plans to host a youth drag show.

The account takes TikTok videos and social media posts primarily from 2SLGBTQ+ people and reposts them to generate outrage from its followers.

It worked: OutLoud has since been inundated with hateful emails, calls and online comments, including death threats.

Seth Compton, OutLoud North Bay’s founder and executive director, said his staff and even youth who attend the space have been targeted.

“I got up at 4 a.m. to thousands of emails, tweets, messages on social media platforms that were so discriminatory and full of hate,” Compton said Friday, fighting back tears.

“The average person wouldn’t be able to bear that … Never in my 47 years have I ever experienced this.”

“People are sharing my personal photo saying I’m a pedophile and adults here should be tossed into a wood chipper,” Compton said.

The posts, which thousands of people have interacted with, have forced OutLoud North Bay to lock its Twitter account to protect its staff.

Compton said calls and hateful messages have even reached supporting businesses. He said the allegation and hate couldn’t be more wrong.

“I’m here to save them,” Compton said tearfully, of the young people at OutLoud.

‘This space has saved my life’

“I have proof. Parents and kids will tell you that I’ve saved their lives. This space has saved my life.”

“We’re currently monitoring the situation and looking at some of the comments and if some of those comments are determined to be criminal activity and if we can investigate and prosecute, we will,” Insp. Jeff Warner told reporters Friday.

North Bay Pride CEO Jocelyn Green said the organization is working with OutLoud to support the staff and youth in the city.

Compton is calling on the community for its support during this troubling time.

“We need to come together as a community because this is something that not only happens worldwide,” he said. “It’s happening right here in our community.”

Police said resources are being deployed to protect OutLoud North Bay and its youth. However, they would not specify in what way. 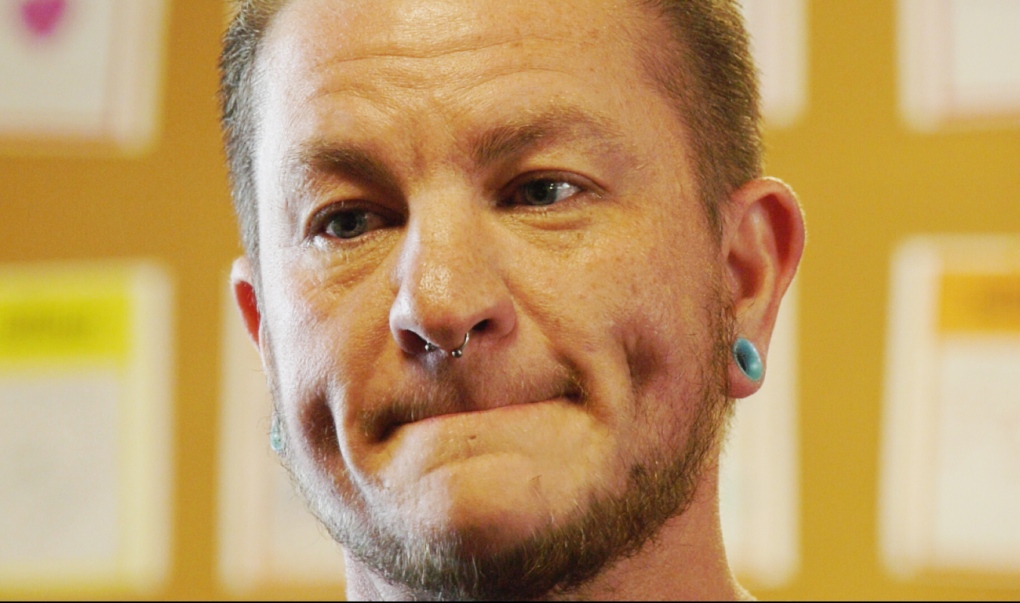 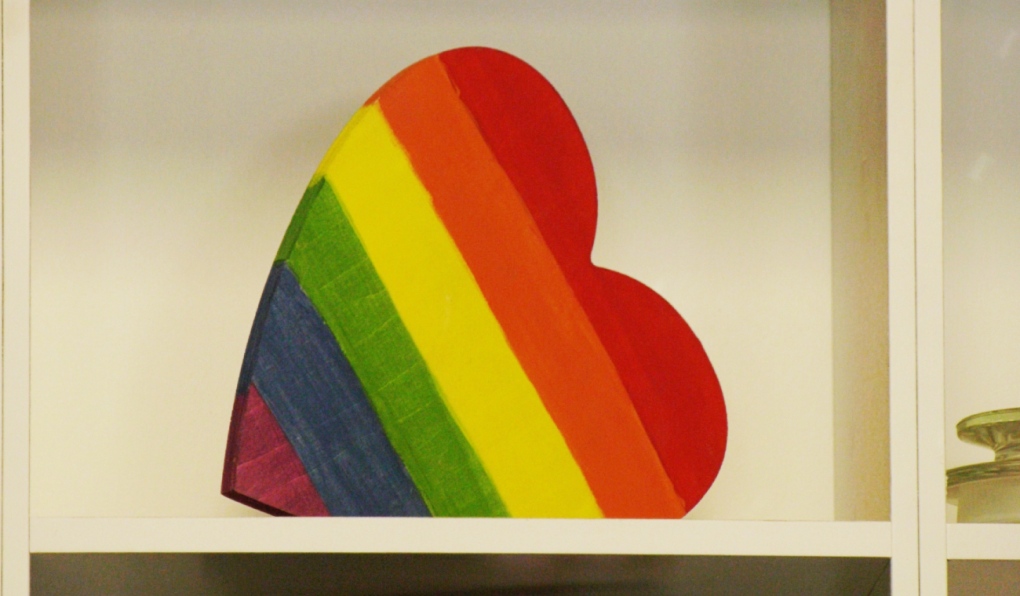 Yet again, Libs of Tik Tok tweeted the location of a drag event with an incendiary caption and the Proud Boys showed up to crash it while police stood by and watched. She knows exactly what she’s doing. pic.twitter.com/OCBH6h9Hqs

In all of her denials and demands for retractions she’s never once mentioned the Proud Boys. Remember that she was at the Capitol riot on January 6. pic.twitter.com/y6neQlbWYe

Raichik knows (and says she likes) that her posts have real world impact. Here is here in December 2021 when her focus was still lgbtq teachers:

They won’t stop until someone is murdered. And maybe not even then.

They won’t stop until many someones are murdered….and probably won’t stop then either. Agent Orange unleashed hatred.

All the more reason the DOJ must actively move to squash the domestic terrorist movement today posing as the “Republican Party.”

Lives may be lost if DOJ doesn’t move on this.

The hate — the pure, unadulterated hate — has always been there. But something has changed in recent times.

And what is that, you ask?

Donald Trump has unleashed the dogs of hell

The Proud Boys have ramped up their attacks in service of the GOP grievance machine, and not just at MAGA rallies — they're bringing violence and intimidation to ALL civic events now. This is a crisis.

Read the ongoing thread below🧵👇
Then read my book: https://t.co/p2M1tLMnGd

We should not be surprised that the reich wing has a group of angry men ready to rumble on behalf of their leader. There’s a precedent. 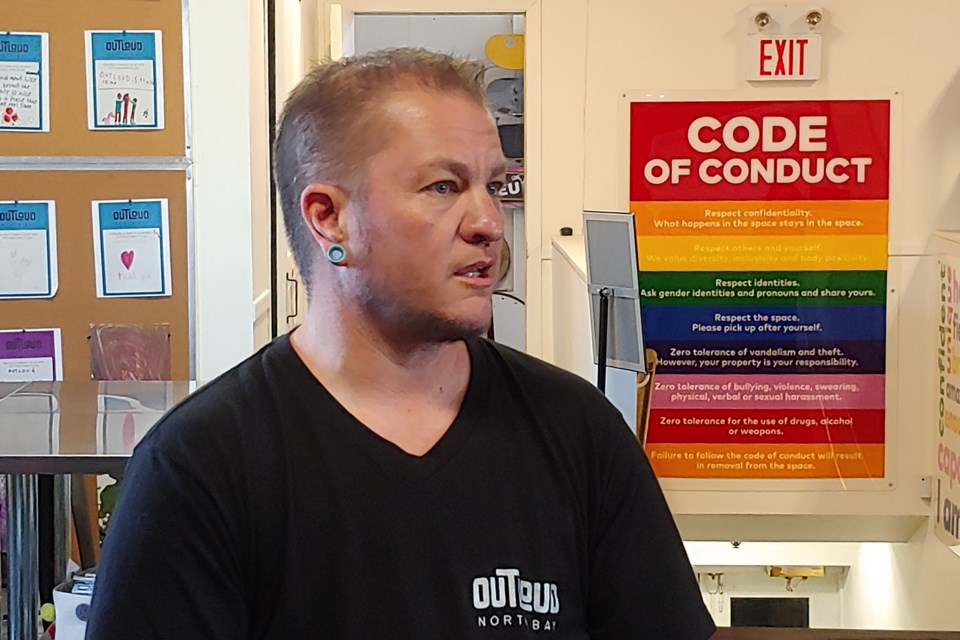 Seth Compton, the founder and executive director of OUTLoud North Bay has overcome plenty of adversity over the years but a recent attack on the safe hangout space for 2SLGBTQ+ young people he helped create has stung even more.

In a demonstration of solidarity for the kids that attend the safe space, Compton and OUTLoud’s Board of Directors decided Friday to stand up and face the vitriol and criticism they have all received since Wednesday — none more than Compton.

OUTLoud’s social media pages, email, and telephone line have been inundated with thousands of hateful messages in what appears to be a targeted attack amplified by Libs of TikTok, a conservative Twitter account featuring derogatory content created by liberals, leftists, and LGBT people on social media. The focus of the attack is a youth drag show that was advertised on OUTLoud’s social media pages. Libs of TikTok got a hold of it and shared it with its 1.3 million Twitter followers.

The messages are vile and intimidating ranging from accusing pedophilia at OUTLoud, the sexualization of children, and the “grooming” of minors. Compton bristles at the suggestion of impropriety.

“There are a lot of kids in this centre that have been abused, sexually, emotionally, mentally,” Compton advises, “and I’m not one of those [abusive] people. I’m here to save them. I have proof, the kids and their parents will tell you that. That I have saved their lives. This space has saved my life.”

See the full release from OUTLoud, accompanied by a trigger warning.

“Our code of conduct says ‘What happens here, stays here,’ and that’s based on the level of confidentiality that we have,” Compton notes. “Kids come out here and they know they can do that safely. They make friends here and they know that they have lifelong friends here. We have adults present at OUTLoud, they’re not paid, they’re volunteers. We do this because we care.”

Many of those volunteers come from our hospitals, he says, Hands, Children’s Aid, Community Living. “These people are already well invested in our kids.”

Compton says some of the kids who attend OUTLoud have also received messages and he has been the subject of death threats. The North Bay Police Service confirms the messages and their senders are under investigation.

“We are aware of the hateful and offensive comments that OUTLoud is receiving via social media,” says NBPS Inspector Jeff Warner. “We have deployed some resources that are looking into the matter. They are going to monitor the comments and if they cross the line, we’ll take action.”

Compton fought back tears as he spoke about the damage “misinformed people,” have attempted to inflict on the reputation of the organization and shared the hateful messages have also been sent to sponsors and businesses in the community. So far, OUTLoud has received nothing but support from those community partners and the executive hopes the community at large will also stand behind the group in the face of this attack.

“I have a ton of support, that’s why I do what I do,” says Compton. “It’s for the kids. I’m not here changing children, I’m mentoring them, I’m nurturing them. We have a lot of support in our community. When people started commenting on those businesses’ pages, it became something more. We need to come together as a community because, although this is happening worldwide, it’s also happening in our community.”

See: Skateboarding at OUTLoud offers lessons that reach far beyond the half-pipe

And: OUTLoud’s safe space gets spruced up

Jocelyn Green, the CEO of North Bay Pride — also a recipient of hateful messages this week — says the organization stands with and will continue to support OUTLoud.

“I am absolutely disgusted. I can’t believe that this kind of hate still exists,” offers Green. “It’s like we’ve gone backward in time. There are a lot of people who are misinformed, they’ve got preconceived notions of what the LGBTQ community does and what we stand for, and it hurts. It hurts deeply watching our friends experience this.”

In summing up what has been a stressful and emotional week, Compton reveals the youth drag show will go on, saying that it is a form of art, no different than kids playing dress-up or cosplay.

“We have kids receiving messages that they are groomers. Parents are being told they are child abusers. We have local businesses being hit with the same kind of comments and emails and social media comment that has hit me in the last 48 hours. It’s unfair for those businesses to suffer through this when they have always been here to support the kids.”

“We have a Board of Directors here,” who will help us move forward past this. “The kids know I’m an advocate for them so I will continue to fight. Hate doesn’t win. And, we move forward with love and acceptance.”