What the hell is he talking about.   Push it to the next step?  Push what?   The sexual revolution?   Is he still on that old trope from the 1960s.   Really?   Take where it has never been before.    The Respect for Marriage act protects marriage equality for same sex and interracial couples.       What is taking it to where it has never been to protect marriages that have been the law for some time?  They cannot directly attack marriage equality without sounding like a bigot and a racist, so they try to sell fear.   Be afraid, they are going to crush you if you don’t love the gay marriage.  He acts as if everyone will be forced to have at least one same sex marriage in the family even if no one is gay.   I am so tired of these assholes misrepresenting, misdirecting, and misinforming their followers.    His whole thing was designed to give him a segment on Fox and to be repeated in right wing hate media.   A part of the public is going to lose their legal rights to marry the person they love and have the legal benefits of that recognized marriage just so republican right wing bigot racists can beat their chest they made their god happy.   Because clearly their god hates the same people they do and is powerless to stop crying unless the humans who follow him get to be cruel to others.    Hugs 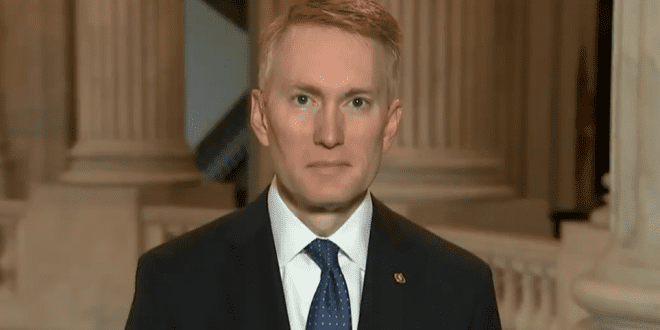 From the Family Research Council:

During today’s episode of “Washington Watch with Tony Perkins,” Senator James Lankford (R-Okla.) announced for the first time that he will vote against H.R. 8404, marketed as the “Respect for Marriage” Act, if it comes to the Senate floor.

“The far-Left is trying to say we want to be able to push this to the next step” of the sexual revolution and “take it where it has not ever gone before,” said Lankford. “And we are going to absolutely oppose that.”

“They want to take it the next step and then use” the bill “as a weapon [against] others” after this bill passes, Lankford forecasted.

.@SenatorLankford states he will “absolutely oppose” a bill redefining marriage nationwide, warning that liberal activists plan to “use it as a weapon” to drive Christians out of the public square. https://t.co/ayNUxdjoD3

“The far-Left is trying to say we want to be able to push this to the
next step” of the sexual revolution and “take it where it has not ever
gone before,”

By voting on legislation for SOMETHING THAT IS ALREADY LAW?

We’re the ‘far left’ because we want to uphold the law as it is
!
\Who the fuck fall for this total shit ?

Go ahead and vote against it, because voting against same sex marriage AND interracial marriage is such a popular position. Extending the marriage contract to same sex couples is “not sexual revolution.” It polls somewhere in the neighborhood of 60%-70% percent support for same sex marriage and over 90% support for interracial marriage. If by “crush people” you mean expect them to act like adults and not impose their extreme religious beliefs on everyone else, then yes, we expect that.

There is no far-left equivalent to the far-right fascists who attacked the Capitol and tried to overthrow the government. And the only ones looking to “crush” people are the right-wingers who want to overturn the Obergefell ruling and force their chosen religious beliefs down our throats.

How amusing. The very same people accusing us of pushing gay and “sexual agendas” on America are the very ones imposing their bullshit into women’s uteri.

Fuck off, you hideous freak!

Bitch, please. These are the same arguments they used to oppose Obergefell. It’s been seven years. None of those things happened. The only people affected are county clerks and gay couples who want to get married. All this law does is get rid of the last bits of DOMA so that when SCOTUS overturns Obergefell, gay couples in red states still have federal recognition of their legal marriages.

Man who thinks it’s okay for 13 year old girls to be in sexual relationships says what?

While a no vote will get little pushback or political damage here in Oklahoma I DARE R’s to collectively vote it down. That and their anti women agenda will hopefully blow up in their faces in November.

6 thoughts on “Sen. James Lankford: The “Far-Left” Will Use Marriage Bill “As A Weapon To Crush Anyone Who Opposes It””