This is going to happen much more often.   As more people are unwilling to risk being shot groups are not going to hold events, and people are not going to be willing to go to them.   That part of the economy shutters to a stop due to ammosexuals needing to stroke their egos to feel the tough man over any other right or desire of anyone else to simply be safe in public.    Hugs 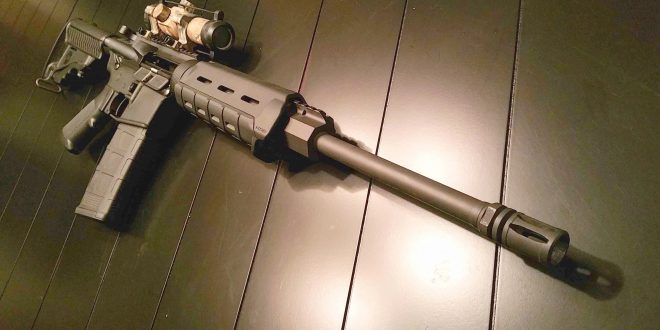 The long-running Music Midtown festival at Piedmont Park in Atlanta, scheduled for Sept. 17-18 with headliners My Chemical Romance, Future, Jack White and Fallout Boy, has been called off.

The likely cause, industry sources tell Billboard, are recent changes to Georgia gun laws that prevent the festival from banning guns on to the publicly owned festival grounds.

Gun rights groups had been emailing and posting comments of the festival’s social media page for several months, hinting at potential legal challenges.

The festival has been held at the city-owned Piedmont Park since 2011. A 2014 Georgia law allowed residents to carry guns on publicly owned land.

That right was expanded by a Georgia Supreme Court ruling in 2019 that held that businesses with short-term leases on public land (e.g., festivals) can’t supersede the statewide right to carry.

This is complicated because artists don’t usually want to perform at venues teeming with guns.

Atlanta’s Music Midtown Festival Canceled After Court Ruling Made It Illegal to Keep Guns Out of Event https://t.co/UD35qrSbkr

Robert Anthony • an hour ago

Every artist that performs at a venue that allows guns, would spend the entire performance hoping their assassin isn’t in the audience.

Tomcat Robert Anthony • an hour ago

It won’t be just the artists resisting having an armed audience, but events like this always have to carry indemnity insurance, and the carriers probably all said, “Fuck no, the risk is too high.”

Tomcat PickyPecker • an hour ago

What? you don’t feel safer knowing mentally disturbed people are allowed to have the right to bring their assault weapons to events?

Serene Pumpkin kevway • an hour ago

But soon it won’t matter what laws California passes (re: guns or abortion or same-sex marriage); the Supreme Curia will simply overturn them.

Boreal • an hour ago

I can’t imagine why not and no, it’s not complicated.

JWC • an hour ago

Speaking as someone in the music biz there’s no fucking way I’d work any festival/show/event with open carry allowed. I’ve seen enough violence just from unarmed people getting out of control who’d want to be there if they’ve got fucking guns??!

Is this the freedom the NRA keep promising?

So what happens when the NRA or GOP next holds a convention in the area, since both infamously ban guns at these events wherein they demand an end to gun restrictions….?!?!

They won’t use public grounds.

That’s sorta the point. Since they support these laws allowing firearms in public spaces, they should be forced to explain why they won’t hold their own rallies there.

Per their own logic, those should be safest places on the planet with all those guns… right?

The Christian conservatives are thrilled by this – they won on guns and they won on shutting down a music festival that wasn’t Christian entertainment. I wonder if the open carry law applies to the football stadium? Because nothing goes together like armed fans who are drunk off their ass.

No singer or band wants to perform behind a bullet-proof shield or have to wear bullet-proof vest. It’s not worth it. They can perform in “blue” states where sanity prevails for the most part.

For an event like the Midtown Music Festival, the sponsors have to purchase liability insurance which is very expensive as it is. When you add guns to the mix, the cost soars and/or the insurance carrier doesn’t want the financial risk of having a mass shooting where the claims would run into the millions of dollars. Stupid Republicans!!

Ya hear that music superstars… you play in these states with these crazy gun laws and you may get assassinated on stage by a crazed NRA gun toting American looking to prove his manhood because they dont like your message or music. Think that is far fetched. Have you checked the headlines lately

Cancel all concerts or its a chance you take

George K Wright • an hour ago

This is just the beginning. As people on here have posted, the number of guns in public will affect people’s decisions to attend events like this, travel on vacation, or even go to y store. That’s great for the economy. Good job Republicans.