Dogs that love gravy these people really are clueless on the subject.   Don’t they every ask themselves why the kids are not coming out to mom and dad already?   The kids live with them.   They get a feel for how they would react.   Kids are still being kicked out of homes or forced into conversion therapy to force / torture them to act straight.    The governor says that parents need to be at the forefront of these decisions.    Got news for you there is no choice to be made as to if your gay, lesbian, or trans.   It is something you are born with.   Yes kids know at a very young age what orientation and gender they are.    It cannot be changed.   As soon as a kid realizes there are stuff for girls and other stuff for boys they understand gender and which one they are.   As soon as a kids realizes that some people are attracted to each other, that there are boyfriends and girlfriends they understand attraction / orientation.   The only choice is to help the child accept and be happy with who they really are or scare and intimidate them into a miserable life of hiding who they are.    That is what these republican leaders want, what the religious leaders want.   They want the LGBTQ+ to go away, to hide, to not be seen or heard.   Why does the rainbow flag trigger them so much, it is a sign that the LGBTQ+ are here and we exist.    Damn it, the dangers of this are clear and being ignored.   Now wonder red states want unqualified untrained teachers that will follow the authoritarian state line.  They want the increase in kids committing suicide.   Why do they deny proven science?   Hugs 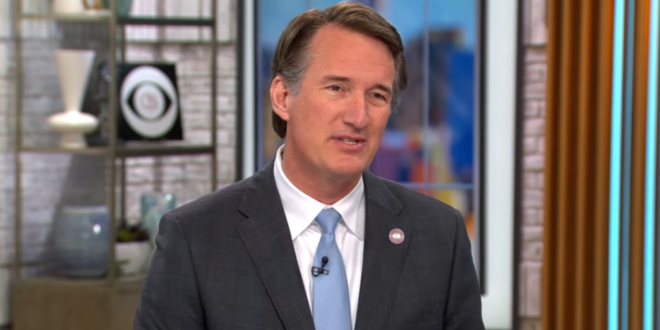 “With regards to informing parents with most important decisions about their children, I think everybody knows where I stand, parents matter.

“Parents should be at the forefront of all of these discussions. And I firmly believe that teachers and schools have an obligation to make sure that parents are well informed about what’s happening in their kids’ lives.

“And one of the things we learned last year during the campaign is that parents were tired of being pushed to the background in their child’s education.” – Virginia Gov. Glenn Youngkin.

“I think everybody knows where I stand, parents matter.”

Repeat after me, motherfucker: Best. Interests. Of. The. Child!!! 🤬

And when child abuse and abandonment skyrocket, what will be his excuse?

No problem. They’ll just clamp down on reporting, a la DeSantis during the Covid pandemic.

He’ll blame the kids, schools, media, internet for making the kids LGBTQ in the first place.

If kids felt they could talk to their parents, teacher and schools wouldnt be asked for help.

So the kids can be murdered, tortured or abused by their parents?

That’s what would have happened in my house. I needed that deniability until I was out of there.

I admit to the same.

My father would have beaten the crap out of me and possibly kicked me out. As it was, he was pressuring me about being homosexual. I didn’t even know. I just knew that I was different. I left “home” when I was not quite 16. That was in 1967. It saddens me to see things are going right back to those bad old days. All of the progress of the last 50 years, gone in a split second.

When I came out in my early twenties, my mother cried and said, “I was ready for this when you were in high school, but I figured when you didn’t, you weren’t.” And I thought, “Yeah, I know you were ‘ready’ then, which is exactly why I didn’t.” I had to wait until she had no control over my life or I would’ve ended up at some Christian “conversion” camp. I’ll just take the regular pain life throws at people, please and thank you.

Simply put, they want to cause harm. They want kids to be afraid to come out.

Steve in NOLA BensNewLogin • 9 hours ago

If a child is going to a teacher for help about this, that means they don’t trust their parents not to be horrible, even violent. If schools start outing children who had good reason to keep their secret, then a significant number of them are going to kill themselves rather than face their parents’ wrath. This guy is trying to kill our children.

So gay kids stuck in fucking christian cults won’t have any safe haven, anywhere. That’s what these fucking assholes want.

Twenty five effing years after Ellen came out. 24 since Will and Grace and Matthew Shepard, 53 since Stonewall, 19 since Lawrence v Texas, 7 since Obergefell. These cruel shits in sweater vests will never stop, so neither can we.

“I think everybody knows where I stand, parents matter.”

Repeat after me, motherfucker: Best. Interests. Of. The. Child!!! 🤬

2 thoughts on “VA Gov: Teachers Should Out LGBTQ Kids To Parents”