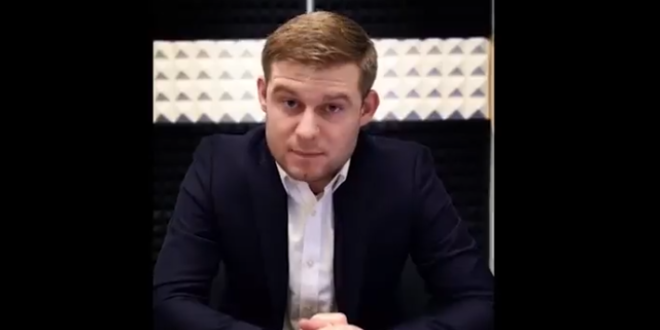 Just hours after a list began circulating among right-wing media of FBI agents who signed off on the search warrant for Donald Trump’s Mar-a-Lago property, a former Trump aide tried to sic MAGA fans on the family members of the purported agents.

Garrett Ziegler, who recently went on a sexist tear against former White House colleagues, took to Telegram to post the personal information of men he identified as agents.

The former Trump administration staffer further listed out the FBI agents’ date of birth, work emails and linked to alleged family members’ social media accounts. “We have to have faces,” he said. “There are people ruining America, and they have names, and emails, and addresses.”

He last appeared on JMG when he declared the Jan. 6 investigation to be a “Bolshevistic anti-White campaign.”

Garrett Ziegler posted the personal info of purported FBI agents—along with links to one of their kids’ social media accounts. https://t.co/t3i0AEP0A7

Far right, Christian White Nationalist, Garrett Ziegler, complains about his post being taken down from Truth Social after he doxxes @FBI agents (including family details) that purportedly executed the search warrant at Mar-a-Lago.

What POS does that? This one 👇 pic.twitter.com/5MF3QnikvW

Commentators soon took to Twitter to accuse Breitbart, an outlet previously managed by former Trump adviser Steve Bannon, of doxxing—the practice of identifying a person or releasing personal information about them, often with the aim of enabling targeted harassment. Some also accused Trump of leaking the warrant to Breitbart in hopes of targeting the agents.

This is clearly to induce stalking, harassment, and threats to these agents and their families. Isn’t there any legal protection for this?

Some folks are going to learn the hard way the perils of declaring war on the FBI. When they act like thugs and declare war on FBI families, it’s not going to having the intimidating effect these MAGA Brownshirts are counting on.

Yes, I would fuck around with an FBI agent that has been trained and I a certain is quite good with guns. Yeah, you morons, go show up at their homes.

What, me worry? Anastasia Beaverhousen • 5 minutes ago

It really pisses me off that they go after the children.