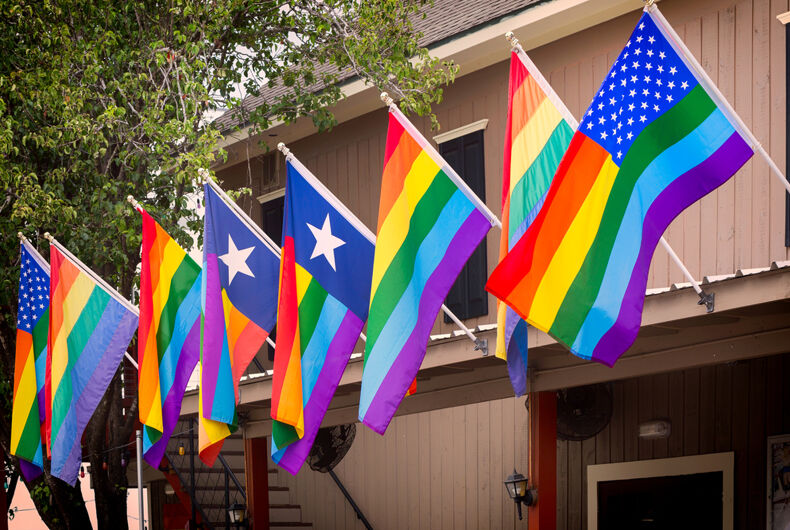 As Texas becomes a hotbed of anti-LGBTQ laws targeting transgender youth and their families, Bob McCranie, a gay realtor in Dallas, has launched Flee Texas, a website that helps families find homes in more accepting states.

“As LGBTQIA+ citizens of Texas, many of us feel at risk,” the website says. “If you feel the need to leave the jurisdiction of Texas, let us help you sell your property here and connect you with an LGBTQIA or ally agent in a better location of your choice.”

The website helps poeple sell their homes and connects them with LGBTQ  and supportive realtors in other states.

McCranie, the founder of Texas Pride Realty, has been a resident of Texas since 1987. Since then, he said he has seen the state “transform into a juggernaut of right-wing conservatism,” particularly noting its recent crusade to prosecute the families of transgender children who get access to gender-affirming medical care for “child abuse.” McCranie said he knows of many queer Texans who have since moved to blue states and even Mexico to escape the state’s ultra-conservative politics.

While some people have accused him of capitalizing on the state’s anti-LGBTQ climate to make money, he said that it’s not about that. He pointed to realtors in other anti-LGBTQ red states who have started offering similar relocation services.

“A lot of people don’t remember what it’s like to be an illegal person,” McCranie said. “Families with trans kids need to get out of this jurisdiction now.”

In February, Gov. Greg Abbott (R) ordered the Texas Department of Family and Protective Services to investigate parents of trans kids for child abuse. Though the order has since been blocked by a state court, some parents of trans youth began fundraising to leave the state. Others formed “Mothers Against Greg Abbott” to challenge other anti-LGBTQ policies taking hold in the state.

“Mothers across Texas are so mad at Greg Abbott and the GOP’s policies, that every single time he opens up his mouth, he alienates a new group of parents,” Mothers Against Greg Abbott founder Nancy Thompson told Newsweek.

The state Republican Party’s 2022 platform refers to LGBTQ people as “groomers” (pedophiles) and supports so-called conversion therapy, a discredited form of psychological torture that purports to change the sexual orientations and gender identities of queer people. Some conservative lawyers have also filed lawsuits that would allow government officials to deny same-sex marriage certificates and healthcare insurance providers to stop covering PrEP and contraceptives.

“What is happening right now in Texas isn’t even Republican… it’s the extremes of the party,” Thompson said. “They’re trying to totally gain control over our personal rights and freedoms and the safety that we need in Texas for our families to be able to thrive.”