Please note she was offended that a few people could get a book she liked removed but feels it is fine if one person’s complaints get LGBTQ+ books removed.   Please take note of the last paragraph, they now want to push their ideology of white supremacy and other hatreds in libraries and schools.   Hugs 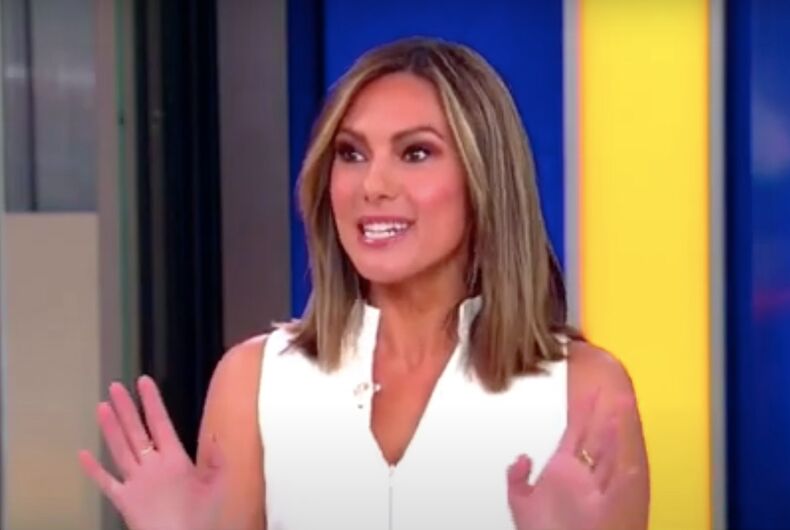 Fox News hosts have expressed outrage over the Bible being removed from school library shelves in a Texas school district, claiming that the book should be allowed, even though it contains stories of incest and violence and promotes slavery, the subjugation of women, and the murder of LGBTQ people.

The Fox News panel also said that banning the Bible from schools furthers a Democratic plot, even though the school district’s home county traditionally votes Republican.

The Christian religious text was removed by the Keller Independent School District’s Book Challenge Committee this week because it was challenged for having “sexual content and violence” along with 40 other books, most of which featured Black and LGBTQ characters. The district’s school principals were told to keep the books off of library shelves until the district has completed its review of each book’s appropriateness for student readers.

The four female and one male hosts on Fox News’ talk show Outnumbered expressed outrage over the book’s removal.

“Over the last 50 years, nearly four billion copies [of the Bible] have been sold,” show panelist and former press secretary of President Donald Trump Kayleigh McEnany said. “Compare that to Harry Potter, which is number three at 400 million…. Not only that, foundation of the world’s largest religion. A classic historical text. If you don’t believe it in the religious context, at least it can be appreciated in that context. But that’s the one we’re removing!”

“What’s so difficult to digest here is that the whim of a few has such an impact on the many,” co-host Emily Compagno said, even though the other several dozen books were pulled from the shelves because of the complaints of several parents and activists. “This is literature that this school should be exposed to…. The fact that because one person or three people put the Bible on the list [is] absolutely horrifying…. School administrators need to step up and say absolutely not… Every day without the Bible is a day lost!”

While Compagno said that students should be exposed to the Bible as a historic text, none of the Fox News panelists addressed the fact that the Bible has lots of explicit violent and sexual content.

The Bible has a story about two daughters who get their dad drunk and have sex with him — it’s in the Book of Genesis. The book of Ezekiel includes a woman who fondly remembers her lover as having “the penis like a donkey and a flood of semen like a horse.”

The book also says it’s okay to kill women who have pre-marital sex, to smear animal feces on the faces of lazy priests, and that it’s okay to own and beat slaves.

In short, it’s highly likely that if these stories were in any other books, conservatives would want to ban them.

“Taking the Bible out of schools then furthers the political goal that we know already exists,” co-host Harris Faulkner said. “They want to, on one side of the political aisle, remove things like, you know, the pledge of allegiance and things that have the word God and so on and so forth.”

Despite the panel’s claims that other people – “they” – want to “remove things” from schools, Republican politicians, conservative school boards, and so-called “parents’ rights” groups have dramatically escalated attempts to ban so-called “controversial” books from school, according to a recent report from the free-speech organization PEN America. Most of the books feature educational content about LGBTQ identities and anti-racism.