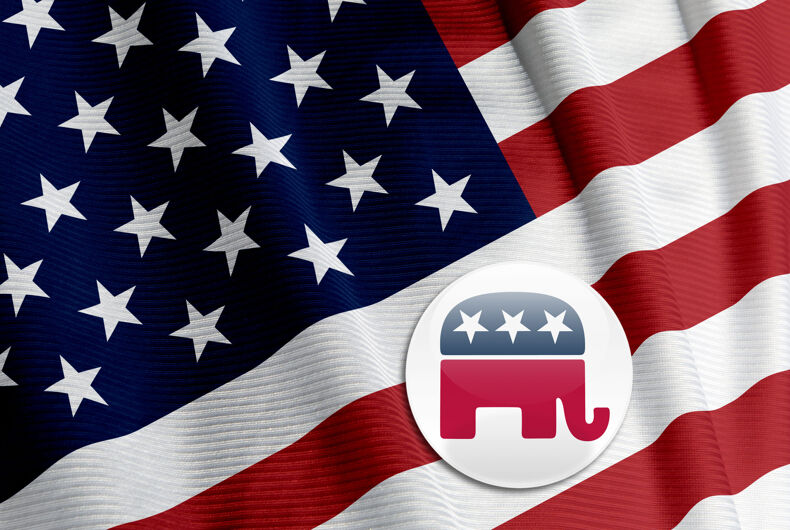 The image — which showed the silhouette of a roaring elephant, the Republican Party mascot — was posted alongside a message thanking the former county party chairman for his “countless hours leading the local GOP to represent your conservative values.”

However, the white triangles between the elephant’s legs had eye holes added to them, giving them the image of the white hoods that KKK members wear during their rallies to stay anonymous while striking fear in the hearts of non-white people.

The image was an original piece of art created in 2020 by the left-leaning political publication Mother Jones for an article discussing racism in the Republican Party. The article’s headline was “The Republican Party Is Racist and Soulless. Just Ask This Veteran GOP Strategist.” Its tagline read, “Stuart Stevens says he now realizes the hatred and bigotry of Trumpism were always at the heart of the GOP.”

The Lawrence County Republican Party removed the image from its Facebook page and its chairwoman Shanon Terry said that the image was found during a Google search and was “immediately replaced” once the party realized that it contained KKK imagery.

“I would like to offer a deep and sincere apology for a picture that temporarily appeared on this page last night,” Terry wrote in a public apology. “A google search picture of a GOP elephant was used and later found to have hidden images that do not represent the views or beliefs of the Lawrence County Republican Party. As chairman, I take full responsibility for the error.”

Shame on the Lawrence County Republican Party for this disgusting image. @TheDaleJackson pic.twitter.com/sf5j4QvneY 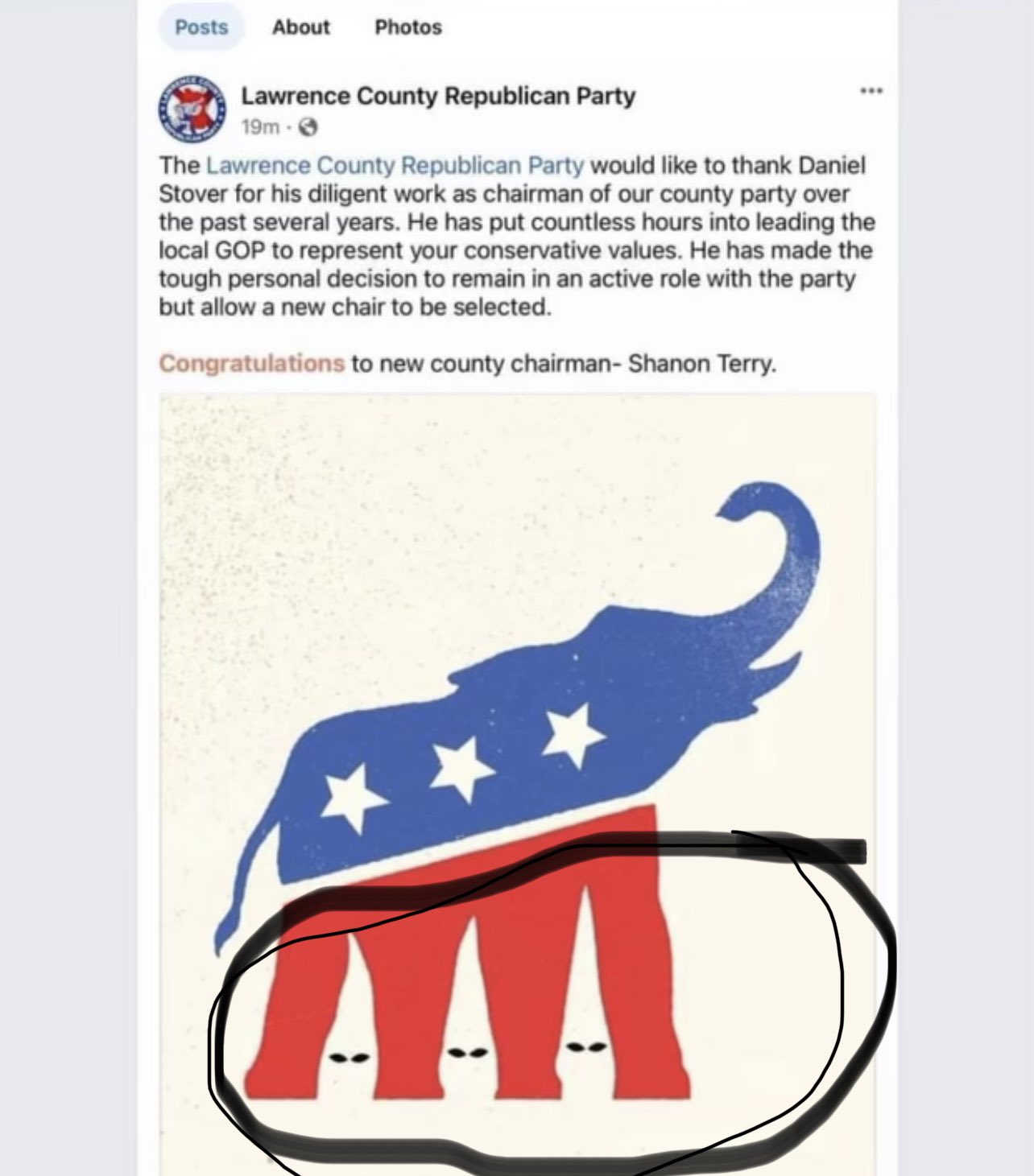 However, Terry said she would not be resigning as the county party’s chairperson over the incident.

“I regret the mistake that was made, and it was just that – an unintended mistake,” Terry wrote in a statement to WHNT. “The image posted by me on a political Facebook page was not done with any malicious or harmful intent…. My error was rushing to post a thank you note to the outgoing chairperson, in doing so I did not properly review a cut and paste image…. I do not support or agree with any hate group agenda and certainly would not try to further their cause.”

The Republican Party has long used racist anger against non-white people excite its mostly white voting base. This has included using language against “inner city crime,” “welfare cheats,” and “immigrants” as dog whistles against poorer and non-white people. The former President Donald Trump also encouraged such racist views by praising white supremacist organizations and associated groups who supported him.

The Lawrence County NAACP has announced that it will hold a press conference about the image on Friday.