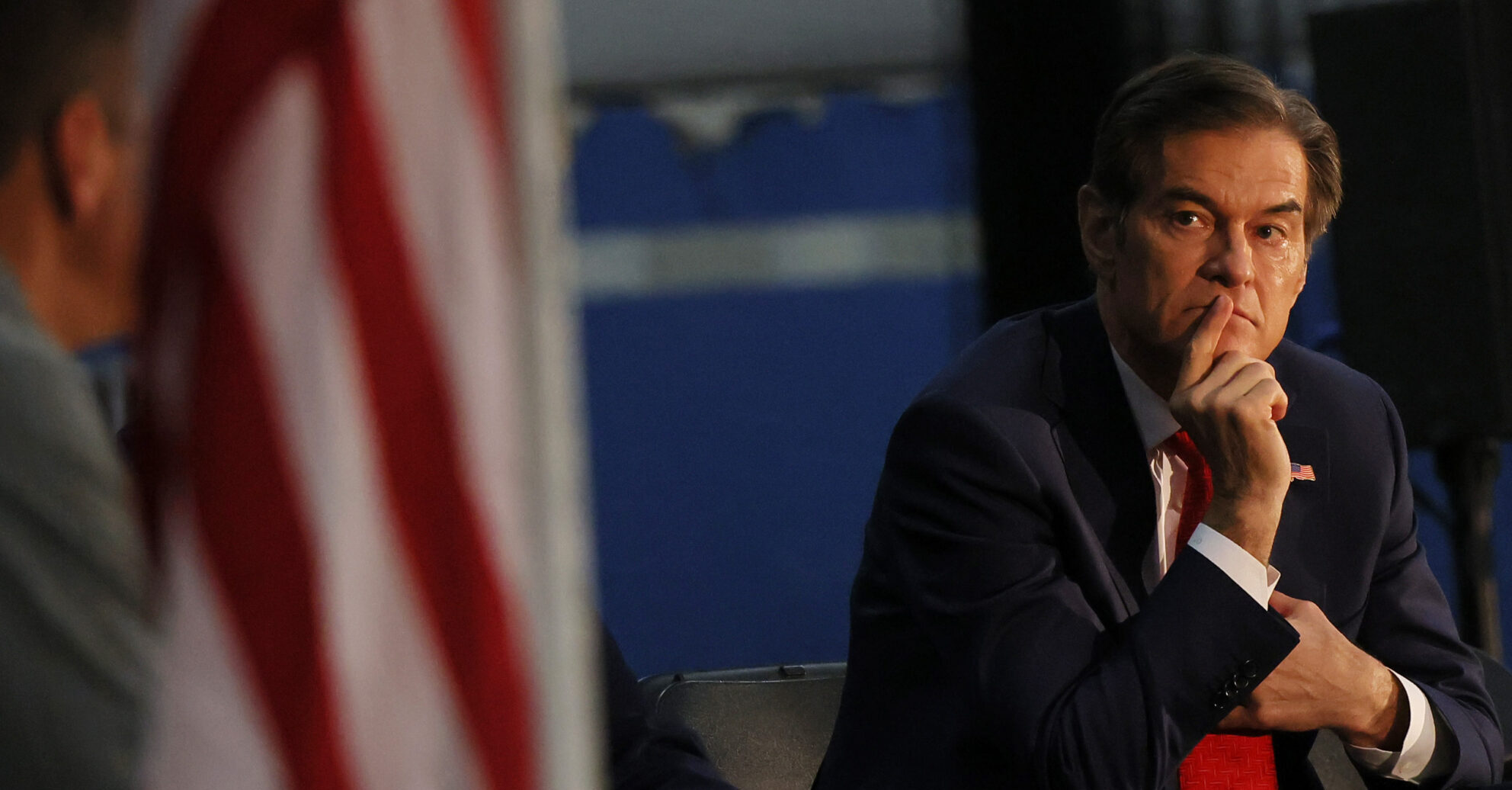 The drug, which never showed any success at fighting Covid-19 in spite of multiple trials, was presented by Oz as a “potential pandemic solution” in emails to Dr. Deborah Birx and others.

Dan Diamond of the Washington Post obtained emails, text messages, and other correspondence from a congressional panel probing the response to the pandemic.

During the initial days of the spread of Covid, on March 23, 2020, Jared Kushner responded to an email from Oz with a subject that read, “Oz French Study Game Plan.” The email was about a European trial regarding how Covid-infected patients reacted to hydroxychloroquine.

Kushner wrote, “What do u recommend to speed it up?”

Oz responded by portraying the drug, which was at that point being invoked by former President Donald Trump in media briefings, as a “potential pandemic solution.”

Kushner responded, “I believe the clinical trials are starting this week.”

Oz responded with a lengthy message about the trial, and the need for one in the U.S. He also sent Kushner a video link to a segment from his show.

In a separate email to Birx, Oz asked to recruit patients for a trial.

“I will personally recruit patients and pay for trial,” Oz wrote on March 22, 2020. “We have manpower since elective surgery is canceled. We just need drugs.”

On March 28, 2020, Birx forwarded an email from Oz to then-FDA head Stephen Hahn.

“We should talk,” she said while relaying a message from Oz with a claim that using the drug for Covid was safe and noted a “reduction in infectivity within a week.” 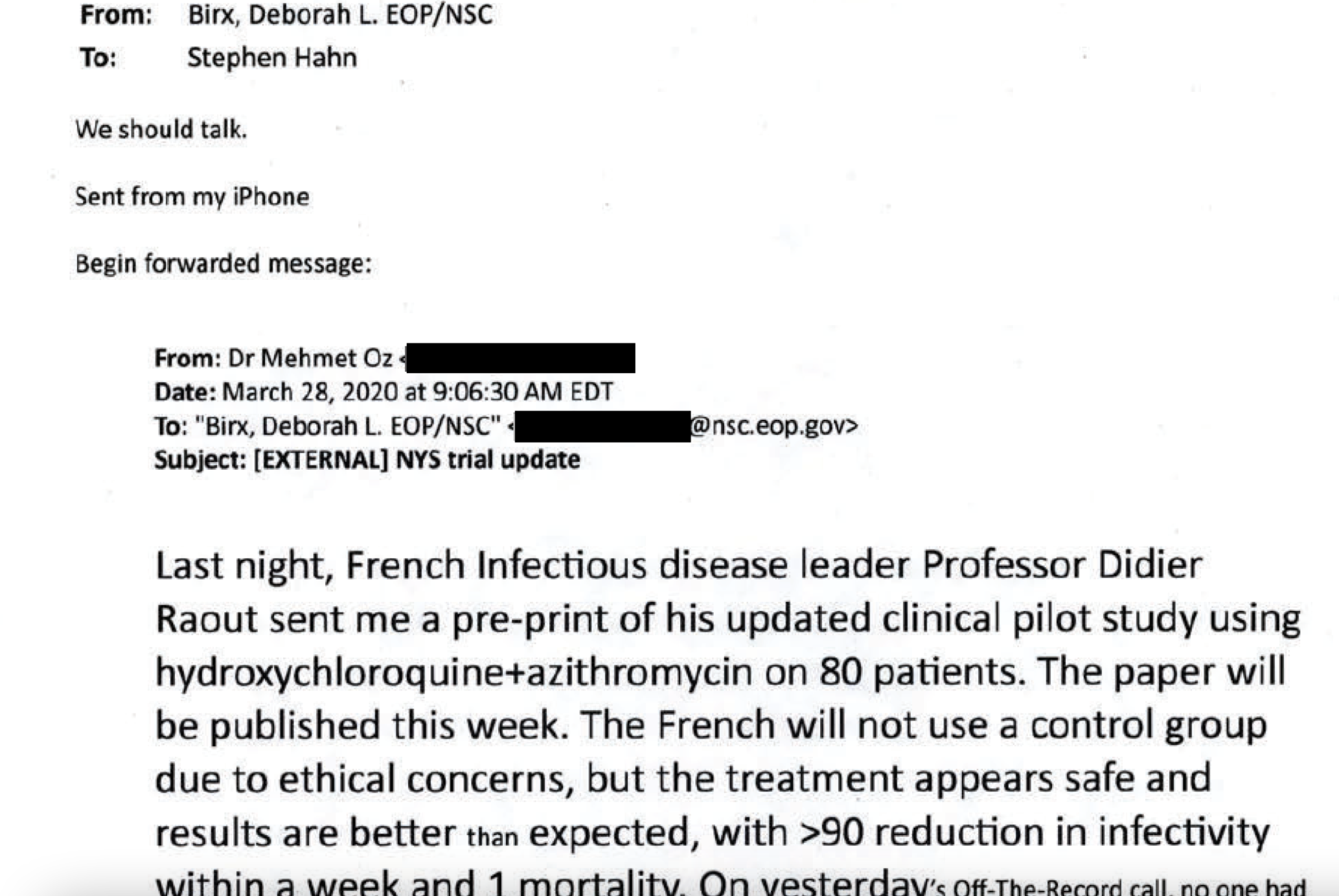 Hydroxychloroquine was dismissed by most of the medical community, minus a few outliers, early on during the pandemic.

The emails have been released amid reports the Trump administration pressured the FDA to rush emergency use authorization for vaccines.