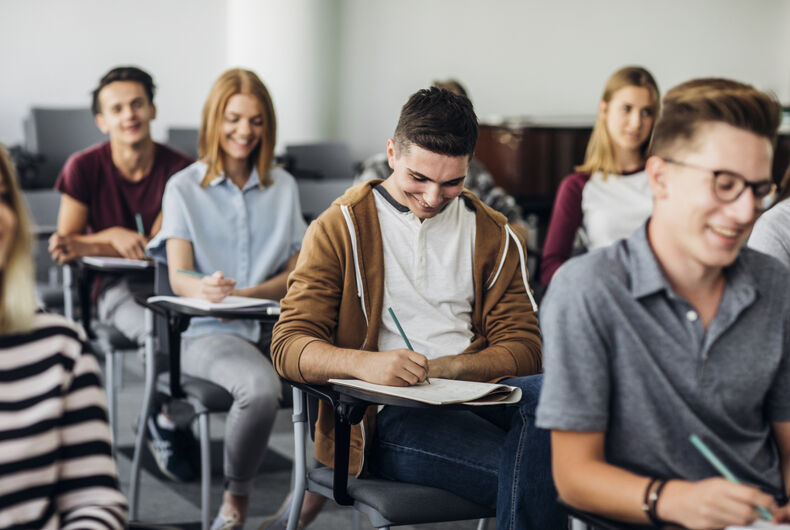 As the GOP lurches toward authoritarianism, one of its key tactics is to suppress free thinking. What better place to start that effort than in the schools (and by extension school libraries)? It’s no surprise that schools have emerged as one of the key battlegrounds in the culture war.

But what’s less noticed is that in branding itself the education party, the GOP is actually the ignorance party. Republicans’ constant attacks on bogus controversies like critical race theory are just an excuse to dumb down the school curriculum. That’s because Republicans believe that schools are where children should be taught how to become Republicans if they are taught anything at all.

Two things are happening as Republicans go after schools. One is to focus on public schools and make sure that students learn a right-wing version of history. That involves eliminating groups that the right doesn’t like, like LGBTQ people. Florida’s Don’t Say Gay bill is an obvious example of erasing the visibility of non-approved groups from schools.

Then there are the bills that protect the tender emotions of white students. These so-called “divisive concepts” laws prohibit any discussion of race in the classroom that could cause students to feel “anguish, guilt or any other form of discomfort or stress.” In short, the bills are meant to denature history so that the ongoing quest for civil rights in the U.S. effectively ends with the Civil War.

Not content to remove current events and history from schools, Republicans have gone after other subjects as well. Gov. Ron DeSantis (R-FL) called for the removal of 54 math books because he claimed that they somehow slipped critical race theory into the multiplication tables.

That’s where the second part of the plan comes in. Republicans have been pushing hard for “school choice,”  which would use taxpayer money to fund private schools. This effort got a big boost from–you guessed it–the Supreme Court, which ruled in its last session that two anti-LGBTQ Christian schools in Maine were entitled to receive state funding.

As those schools proved, the curricula are not designed to educate but to indoctrinate. School choice options, like religious schools and, worse still, home schools, can be as political as they want. Indeed, a leading figure on the right–Charlie Kirk, the founder of Turning Point USA–has started a chain of “anti-woke” academies based on “bedrock principles” that sound a lot like Trumpism.

Kirk has the perfect credentials for the job. He never went to college.